My Khoi is one of the factors that receive a lot of attention when participating in the “race track”. Miss Grand Vietnam – Miss Hoa Binh Vietnam. She belongs to the group of contestants who are too familiar with beauty fans because they have fought in Miss Ao Dai 2014, Miss Sea Vietnam 2016, Miss Universe Vietnam 2019,…

“Re-emerged” in the contest to find a successor to Thuy Tien, My Khoi shared about the upcoming journey in Vietnam. Miss Grand Vietnam As well as once talking about the old incident with Tuong Linh in the contest Miss Universe. 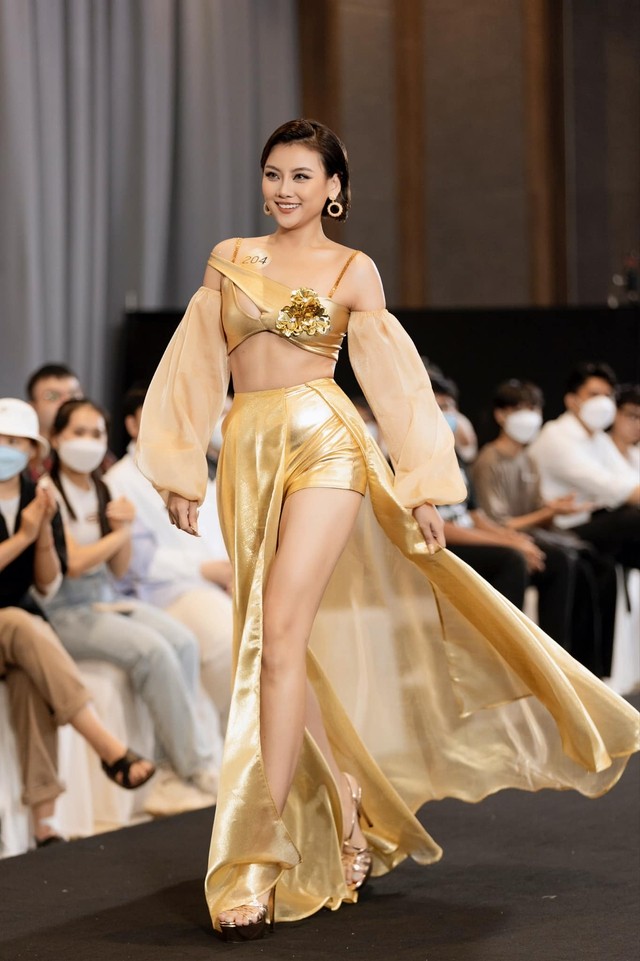 Hello My Khoi, what chance brought you to participate in Miss Grand Vietnam 2022?

I noticed Miss Grand Vietnam after Thuy Tien was crowned and quite liked the color of the contest. Many fans also called for me to participate, but because of family issues and did not update social media, I learned about the organization’s information quite late. Less than a week before the Preliminary Round, I stumbled across the press conference photo Miss Grand Vietnam Posted by an acquaintance, I learned about the schedule and decided to join in an instant.

3 years after leaving Miss Universe, My Khoi’s life has changed a lot?

The biggest change is probably my recognition. I’m more popular, albeit in a slightly negative way. I started living a more closed life, using less social media sites and less artistic activities. About a year later Miss UniverseI have gradually opened my heart a little and re-activated but with a relatively low frequency.

How do you feel when you return to the beauty contest again and be included in the list of “old faces”?

Up to now, I’m still a bit surprised because I didn’t expect to make such a bold decision when I just signed up for the 90th minute. Besides, I also feel a bit pressured because I am also a familiar face with domestic beauty contests, so everyone’s expectations will be higher, the comments will also be more difficult. With a somewhat rushed preparation, I was also a bit worried that I would not be as good as everyone expected. However, no matter how difficult it is, I will try my best to bring the image of “Beauty Queen” as much as possible to the public. 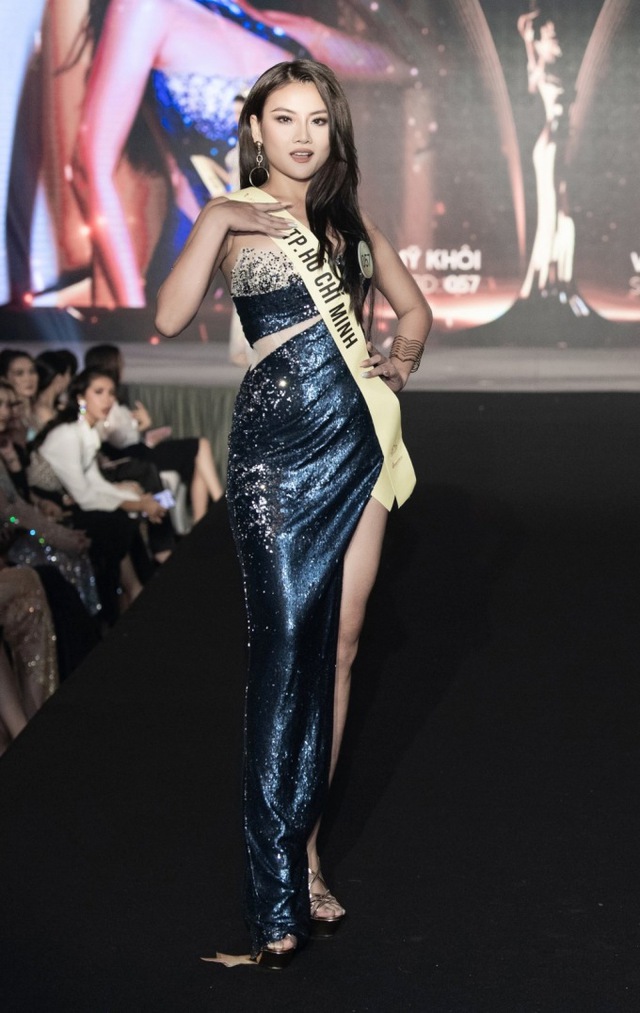 What does My Khoi think when up to the present time, many viewers still see you as a “marketing factor” of beauty contests?

I think it’s because I haven’t had a clear voice or feedback about that “turbulent” story for the audience, so people up to this point will still have negative opinions about me, see I am the “discrimination factor”. But I hope in the journey to participate Miss Grand Vietnam In the near future, the audience will have a more positive view of me.

Did being “stoned” for fighting for shoes with Tuong Linh in the past had a lot of influence on My Khoi’s psyche?

After 3 years since the noise happened, I can now open my heart a little. At that time, I was just an ordinary 22-year-old girl, not yet famous, but had to suffer a lot of “brick and stone” not because I broke the law or had behaviors that were not in accordance with social standards. festival. It was really a big shock. I also never thought that I would have to receive such negative and malicious comments until now.

When I think back, that period was really difficult and horrible. Although when I have to appear outside or on social media, I always try to keep a positive and happy image as much as possible, but when I am alone, I think a lot. Although I know that TV viewers have their own perspective on an incident, I still can’t help but feel heartbroken and still feel sad when I read negative comments.

Not to mention I also feel powerless to let my story affect my family, especially my parents. Actually, the first 1-2 years, my mentality was affected a lot. There was a time when I felt like I was depressed, didn’t want to meet anyone and didn’t want to see what appeared on social media about me. But fortunately, I still have family and playmates who still love, help and pull me out of those psychological turmoil. 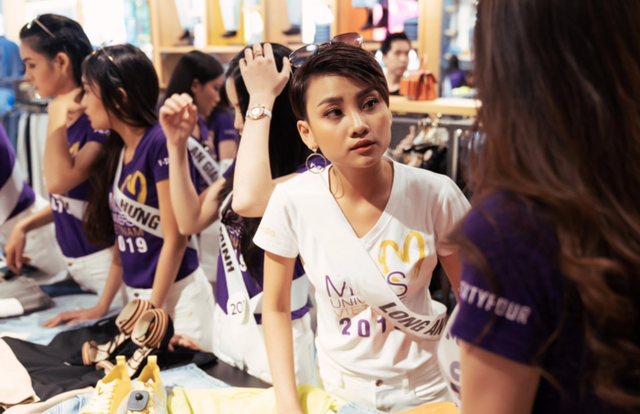 It must be said again and again, if viewed in a positive way, those noises must have been a great lesson for My Khoi over the years?

In the past 3 years, I have learned a lot of lessons for myself and by now, everyone must have seen that My Khoi chose to be more open-minded, a more mature image of My Khoi after those bumps and trying to present myself well on my new journey at Miss Grand Vietnam 2022.

Participating in a beauty contest again, are you worried that you will again be entangled in noise and receive “brick and stone” from netizens?

Of course, I am also worried, afraid that my image will be mentioned in a bad way, while I myself am not so bad that I have to be told like that. Every time I get involved in noise and negative comments, my family is affected a lot, especially my parents are concerned and sad a lot. As a child, I didn’t want that to happen at all.

My Khoi if she was put in the same room with Thuy Tram – Mai Ngo, what would it be like? Is the atmosphere as tense as people imagine?

I see beauty fans love this topic and talk about it a lot. Actually, if I were to be placed in the room of Ms. Mai Ngo and Thuy Tram, I think it would be a lot of fun because all three are energetic people with strong personalities. If they live together, they will probably… mess up the room. 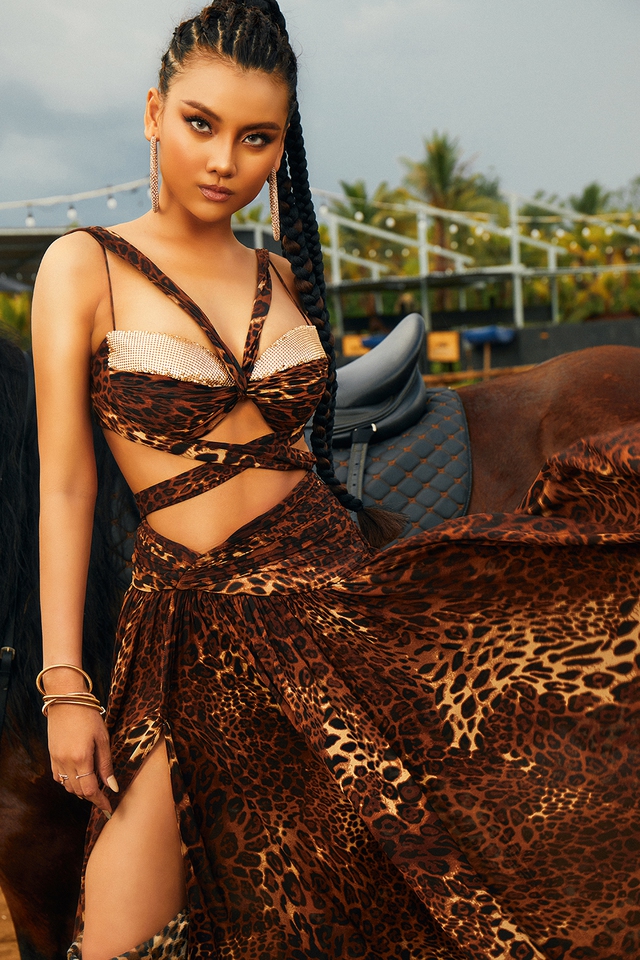 Someone revealed that they had to spend billions to compete in Miss Universe, is My Khoi one of them? Approximately how much does it cost you?

How can Khoi have billions to invest (laughs). As for the cost of preparing for the competition, I will usually save up as much as I can to buy the necessary things myself. Besides, I will ask the help of acquaintances around me like stylists to borrow dresses, skirts, accessories…

Now that I’m working, the cost is also more comfortable, but in the past when I was in school, it was very difficult to take the Miss contest, everything was lacking, I had to borrow clothes from my brother’s female friends. At that time, I was like a boy, often wearing jeans and baggy t-shirts, so when I competed in Miss Universe, I had to change everything to feminine dresses, but it was very expensive to buy new clothes, so if I could borrow someone, Khoi would borrow money to save money (laughs).

As a contestant who has already secured a spot in The Face’s house, if the show suddenly announced the recording schedule, would you have time to participate? Have you targeted any coaches at The Face yet?

Currently, Khoi has not received any notification about the exam schedule from the program organizers The Face so Khoi thinks the contest will not touch the schedule with the party Miss Grand Vietnam where! 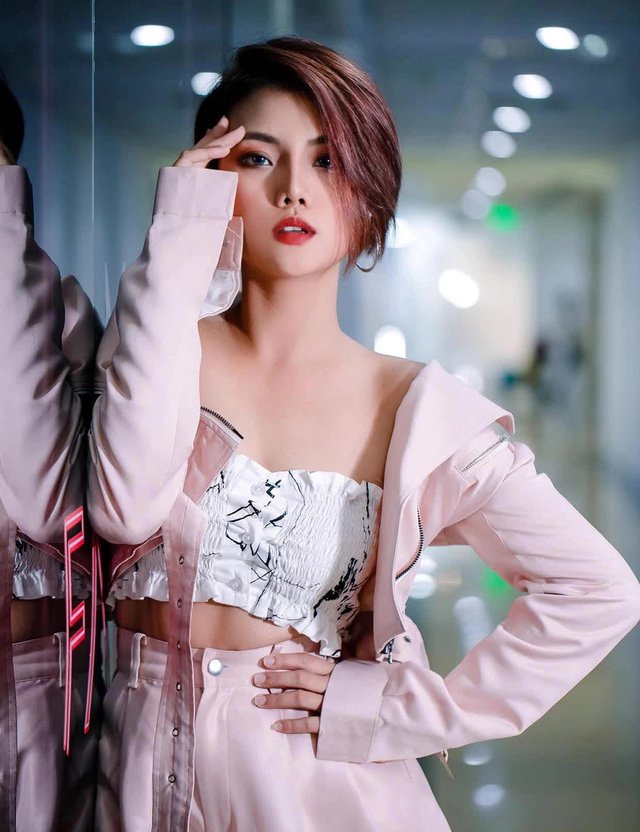 As both an MC and a model, now there is a Miss contest, My Khoi prefers people to call you by what title?

I’m aiming for the image of a versatile artist, so in the future, I will cultivate more to develop more fields, such as acting. But for now, I’d probably rather people know me as an MC.

What is My Khoi’s goal in Miss Grand Vietnam this year?

Of course, like the other contestants, I also want to go as deep as possible. In addition to that goal, I also hope that the audience will be able to ignore my past controversies and disparities in order to comment more fairly, to see me in a more positive way through what I can. currently in Miss Grand Vietnam. 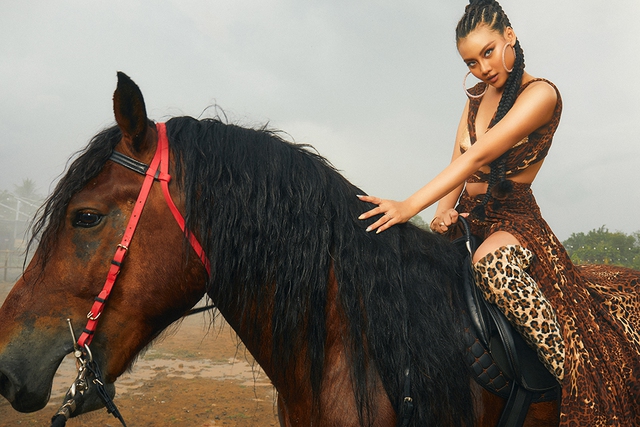 Thank you My Khoi for taking the time to share, wish you great success in this Miss Contest!