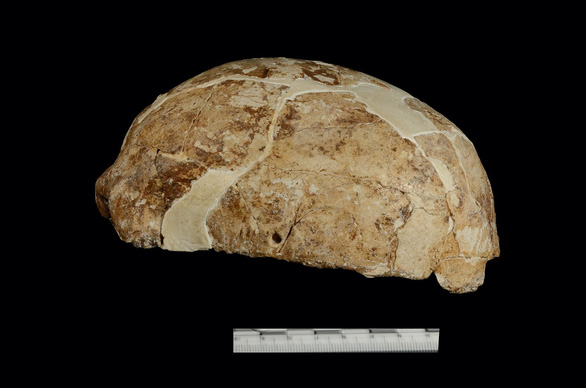 Scientists have sequenced the genome of an ancient human remains, which were unearthed by China in 1989 in a cave in Mengzi, in Yunnan province.

Carbon dating shows that the fossils date back to the Late Pleistocene, about 14,000 years ago – the period when modern humans began to migrate to many parts of the world, page Interesting Engineering said.

In the cave, archaeologists found a hominin skull cap with features of both modern humans and early humans. The shape of the skull resembles that of a Neanderthal while the brain appears to be smaller than that of a modern man.

According to the results of anthropological research, the human skull unearthed on belongs to a young woman about 155cm tall and weighs 46kg.

Genome sequencing shows that hominins are descended from an extinct group of modern humans. The remains of these hominins have been found in East Asia, the Indo-China peninsula and islands in Southeast Asia. Scientists also discovered that during this period, the genes of hominins living in Southeast Asia were very diverse.

Large numbers of these genes were found in Northeast Asia during the same period. It shows the first hominins to reach East Asia, initially settling in the South before some of them moved north.

Comparing the genome of the fossil skeleton with the genomes of other peoples around the world, experts discovered that the ancient woman’s skeleton has a deep genetic connection to Native American ancestors. .

According to the team, this suggests that some people in Southeast Asia traveled north along the China coast through Japan. Finally, these intrepid people reached Siberia before crossing the Bering Strait between Russia and Alaska (USA).

Scientists believe they were the first to arrive in the “new world”.

“It is an important piece of evidence for understanding early human migration,” said Dr. Bing Su from the Kunming Institute of Zoology (China).

“Such data will not only help us paint a more complete picture of how Chinese ancestors migrated around. In addition, these data also contain important information about humans. changes in appearance by adapting to the local environment over time. For example, the change in skin color to adapt to changes in the living environment,” added Dr. Su.