Before that, at 10:15 pm on the evening of September 11, the working group C3-911 of Da Nang City Police patrolled to 118 Dong Da (Hai Chau district) and discovered a couple riding motorbikes from Dong Da direction to the road. Quang Trung, not wearing a helmet, ordered the vehicle to be stopped for inspection.

However, when approaching, the couple did not obey the order, but accelerated, driving the car straight into the task force, causing Lieutenant Tran Quoc Thinh (officer of the Traffic Police Department of Hai Chau District Police Department). ) fell on the road. 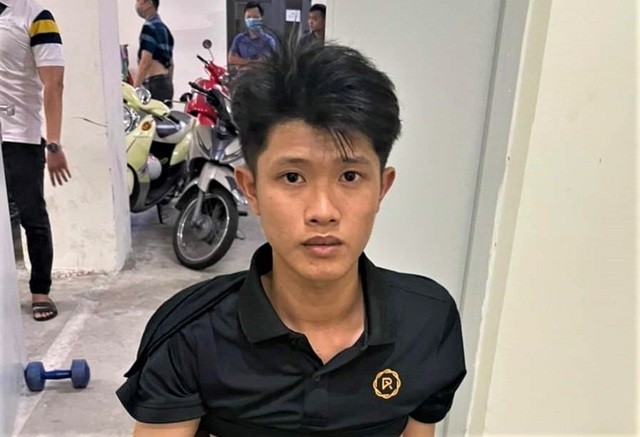 The strong impact caused Lieutenant Thinh to break his leg and was taken to the hospital for emergency surgery by the task force.

Immediately after, Hai Chau District Police gathered forces to track down and arrest the subject. At the police station, Tan confessed that when he discovered the force on duty gave the order to stop the car, but because both were not wearing helmets, they ran straight into Lieutenant Thinh to run away.