On September 4, Angelina Jolie and her adopted son Pax Thien were seen shopping at a pet store in Los Angeles, USA. Escorting the famous mother-daughter pair is a tall male bodyguard. 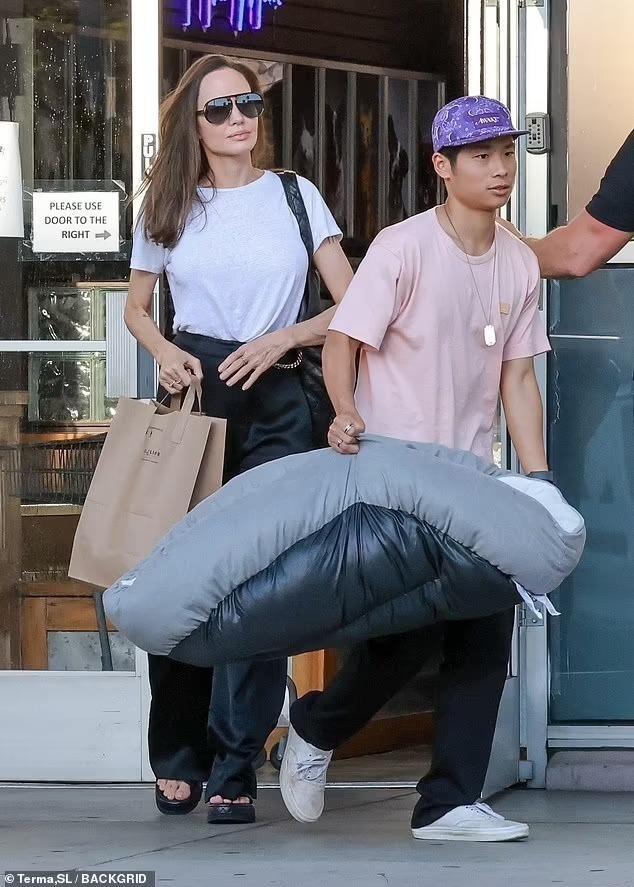 The 47-year-old star mixed a white short-sleeved T-shirt with black flared pants, combined with sunglasses, a bag and black loafers. Simple costumes help the mother of 6 children to respect her tall, thin, slim figure and elegant and gentle temperament.

Pax Thien as usual went down the street with his familiar sporty style, including a purple cap, pink short-sleeved T-shirt, black pants and sneakers. At the age of 18, Pax Thien is increasingly tough and masculine. Pax Thien also showed that he was a gallant guy when he accepted to carry heavy items to the car. 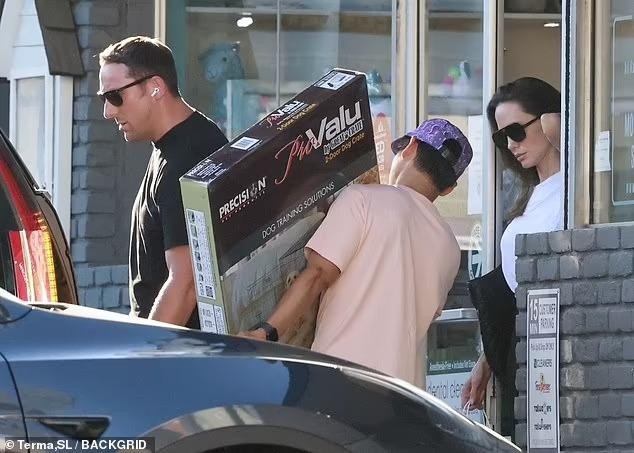 Pax Thien is one of three adopted children of Angelina Jolie and her third husband Brad Pitt. Gen Z youth was born in November 2003 in Ho Chi Minh City, adopted in 2007.

Last year, Pax Thien graduated from high school. However, there is no information about Vietnamese youth going to university.

Last month, Angelina revealed to People hired her adopted sons Maddox and Pax Thien as assistant directors for her during the filming of “Without Blood”. The top female Hollywood actress also especially praised Pax Thien for her hard work. It is known that young people of Vietnamese origin once supported Angelina in her debut film as a director “First They Killed My Father” in 2017.

At the end of July, Pax Thien also had a short trip with her adoptive mother in London (England). 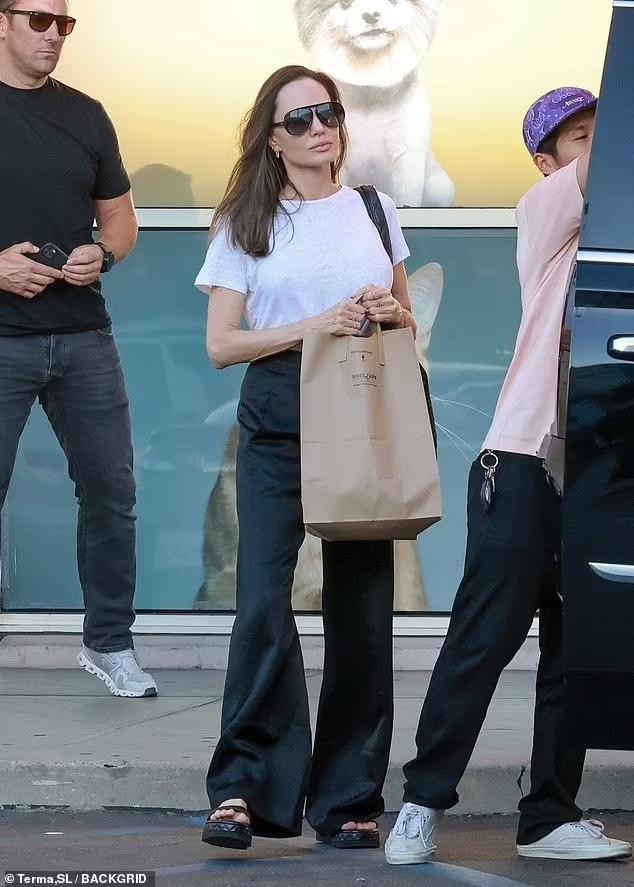 Compared to his adoptive father Brad Pitt, Pax Thien is closer to his adoptive mother. Young people of Vietnamese origin are often seen appearing in public with Angelina