Business class passengers on a flight from Hawaii to South Korea recently complained about the quality of the food on board and received a lot of support. Accordingly, this person was served a meal that made them very angry and criticized the airline.

Posting on the Korean online community Naver Cafe, this person emphasized that the steak was the size of a credit card, and said he was not the only one upset. According to this man, he and many other passengers were not served blankets or alcoholic beverages during the flight.

According to Korean media, customer dissatisfaction has surfaced continuously in recent times. The same customer also said that when many customers order more instant noodles after seeing the “tiny” serving, but if the request is a bit late, they will receive nothing. 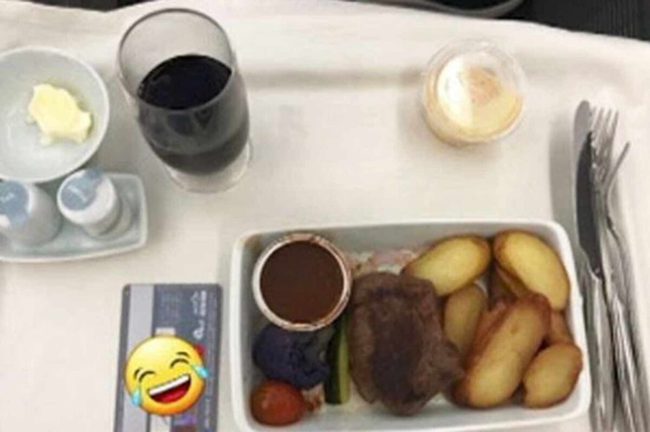 Meals are shared on Naver.

Many Naver Cafe users support him, adding the following comments: “Can’t sympathize with giving me a meal like that for 6 million won“. “I was more surprised at the ticket price of 6.48 million won (more than 115 million VND) than the meal on this plane. This year I will not travel abroad anymore!“.

Other rationing complaints include grapes being served one at a time and cheese being sliced ​​too thin.

Covid-19 and epidemic prevention and closure measures are believed to be the cause of the airline’s supply problems. Many passengers expressed concern that this low quality of service will gradually become the norm. 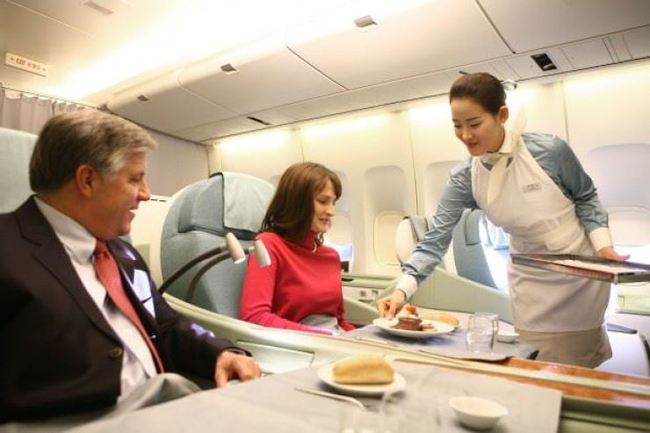 Recently, many passengers have complained about the service quality of a famous airline in Korea.

This is not the first time something like this has happened. The Korean airline received a lot of criticism earlier this month from both passengers and flight attendants for the poor quality of rations and supplies, amid double ticket prices compared to pre-Covid times.

“Airfares are much higher but they have cut down on non-Covid related services. I worry that low quality service will become the norm“, wrote a business class passenger on a flight to Seoul from Auckland, New Zealand.Instead of warm towels provided before meals, disposable cold wipes were served, no fruit, no noodles, and only cold bread for the morning“.

Another passenger on a flight to Bangkok, Thailand recently criticized the airline.

“I asked for a blanket because it was cold and the flight attendant said she couldn’t and kept saying sorry“, he wrote. 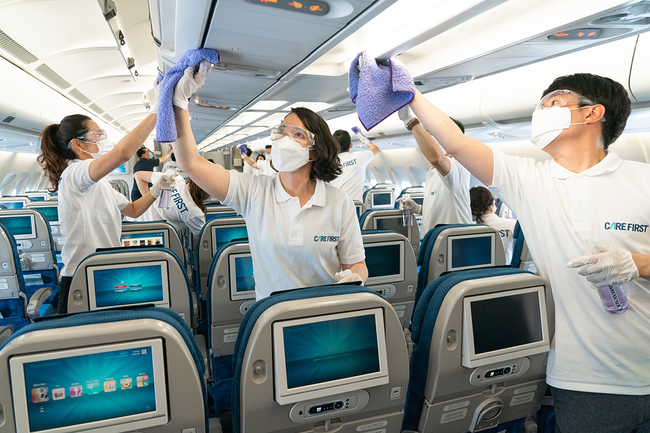 The airline now blames the pandemic on supply problems.

The poor service quality of this airline makes not only passengers feel. Earlier, an airline employee posted a comment on ‘Blind’, an anonymous office worker community, criticizing the lack of in-flight supplies.

“Even if you ask for drinks like coke and juice, we can’t provide them. One can will be divided by 3 cupsAccording to this person, even first-class and business-class passengers are not allowed to choose meals. The side dishes or desserts are also divided into many parts.