In Document No. 1234/CV-DTTH announcing the results of the investigation on September 19, 2022, the Police Department of Phan Thiet City, Binh Thuan Province said that this unit had received the application for consideration of the investigation. Huynh Thi Anh Thu’s petition to prosecute the accused and Official Letter No. 785-CV-VPTU dated September 8, 2022 of the Office of Phan Thiet City Party Committee. 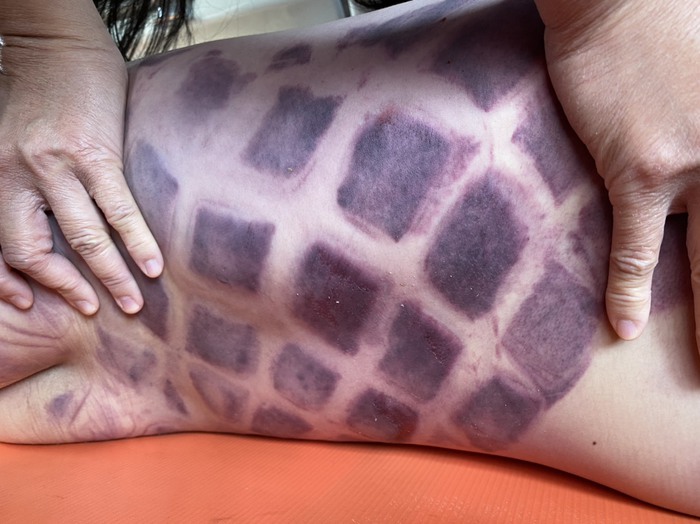 The bruise on Yukiji’s back when he was lifted out of the pool. Photo: Lien Nguyen 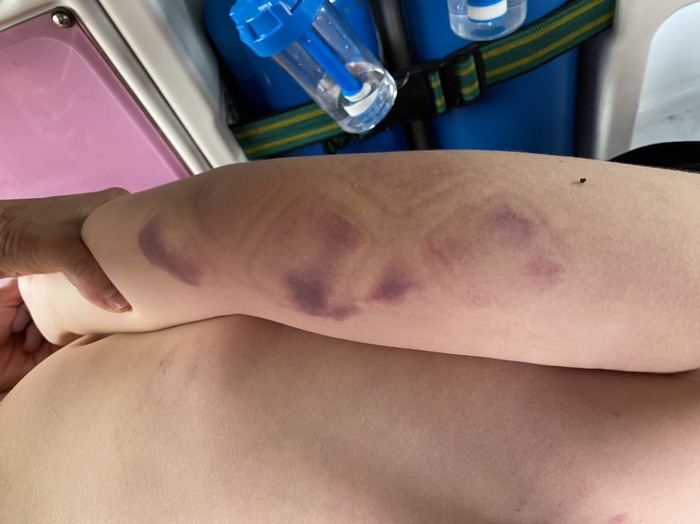 * As reported by Vietnam Women’s Newspaper, the Consulate General of Japan in Ho Chi Minh City has sent a note to relevant agencies in Ho Chi Minh City and Binh Thuan about the fact that the boy Hanawa Yukiji, a Japanese national, has drowned. at Centara Mirage Resort Mui Ne on April 5, 2022. After that, the People’s Committee of District 7, Ho Chi Minh City, issued the death certificate on April 12, 2022.

In the application form submitted by Ms. Huynh Thi Anh Thu to the Consulate General of Japan, the case was presented as follows: Around 10:00 a.m. on April 5, 2022, her son was Hanawa Yukiji, born in 2011, with three children. come to play at Centara Mirage Resort Mui Ne. At about 10:35, the children in the group discovered that Hanawa Yukiji was sucked into the pool wall, where there was a metal plate. The depth of the pool is 1 meter, while baby Yukiji is 1.4 meters tall. Due to the strong suction, he was sucked tightly on his back and arms into the metal plate, his head was submerged under the water. The children pulled Hanawa Yukiji out of that sucked place but couldn’t, so they had to ask for help from adults. When brought ashore, Hanawa Yukiji’s heart stopped beating.

* Before that, Ms. Tran Thi Nguyet Vi, living in Ho Chi Minh City, a witness present at the scene, had discussions with reporters of Vietnam Women’s Newspaper. Ms. Nguyet Vi gave notable comments such as: Baby Hanawa Yukiji was strongly attracted to the inside wall of the swimming pool; a young man tried to pull Hanawa Yukiji out of the sucking spot but couldn’t; The bruise on Hanawa Yukiji’s back was there shortly after being brought up from the pool.

In the Announcement of the results of solving criminal information, the Police Investigation Agency of Phan Thiet City, Binh Thuan province said: “Based on documents and evidence collected during the investigation and verification process, there are sufficient grounds. determined, the case of Hanawa Yukiji’s grandson’s death by drowning while bathing in the swimming pool mentioned above shows signs of the crime of “Inadvertently causing death due to violation of professional rules” specified in Clause 1, Article 129 of the Code. Pursuant to Clause 2, Article 143/BLTTHS, the Police Department of Phan Thiet City has decided to prosecute a criminal case for the above case according to the Decision to prosecute criminal case No. 139/QD-CQCSĐT dated May 31, 2022″.

The conclusion of forensic examination of the corpse No: 95/2022/TT dated May 20, 2022 of the Binh Thuan Provincial Forensic Center for Hanawa Yukiji, born in 2011: Suffered from acute pulmonary edema, acute respiratory failure due to Asphyxiation leads to death. As for the conclusion of forensic examination on histopathology No. 04.141/MBH-22 dated April 19, 2022, the Forensic Center of Ho Chi Minh City said that Hanawa Yukiji had acute pulmonary edema.

Vietnam Women’s Newspaper will continue to monitor and report on this case.