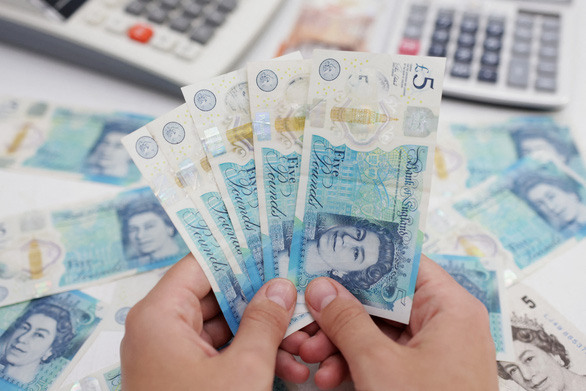 In addition, this currency was also under pressure because the US Federal Reserve raised interest rates, causing the dollar to appreciate.

The euro also touched a 20-year low against the dollar in this morning’s European trade. Investors are concerned about the risk of an economic recession, the approaching winter with no sign that the energy crisis and war in Ukraine will end.

Mr. Peter Escho, co-founder of investment group Wealthi, said: “All currencies are depreciating against the USD. But for the pound, the new government news will cut taxes, which can The role of inflation has aggravated the devaluation of this currency.

“Recent energy subsidies and the news that the Bank of England may hold an emergency rate hike has caused panic,” he said.

Global markets tumbled last week after the US Federal Reserve and several other major central banks, including the Bank of England, raised interest rates to keep inflation in check.

According to experts, if the pound remains at this low level against the dollar, imports of commodities priced in dollars such as oil and gas will be more expensive.

Other imports from the US can also be significantly more expensive, and British travelers in the US will find their holidays more expensive.

According to the BBC, investors will certainly keep a close eye on the pound’s movements when financial markets open in the UK, Europe and then the US on September 26.