Princess Margaret is the very famous sister of the Queen of England. She not only possesses a sharp beauty that moves people’s hearts, but the story of the princess’s life also contains many historical shocking details.

Among the most famous stories about Princess Margaret, it is impossible not to mention the priceless treasure associated with her name: The Poltimore Crown!

The crown is associated with the reputation of Princess Margaret.

Beautiful, trendy and somewhat “rebellious”, Princess Margaret is known to like to do things her own way and often breaks royal traditions.

Princess Margaret’s wedding to Anthony Armstrong-Jones is a clear example of that. She was the first princess, the daughter of a King to marry a commoner, breaking the hundred-year rule. The husband she chose was an affluent photographer, from a commoner background, not from aristocracy.

On May 6, 1960, Princess Margaret and Armstrong-Jones officially became husband and wife in a lavish wedding ceremony at Westminster Abbey. It was the first televised royal wedding in history, watched by more than 20 million viewers. The beautiful princess then continued to break the rules, wanting to follow her own will. 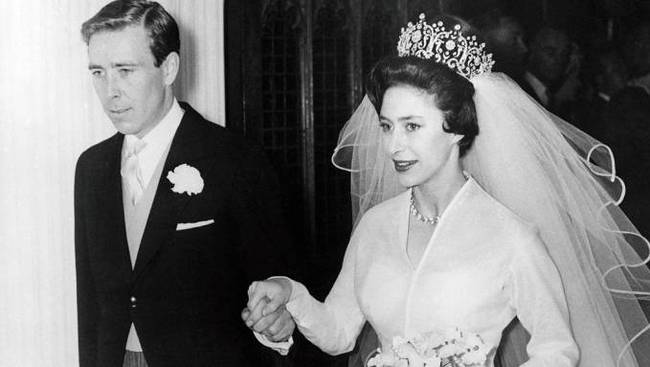 Princess Margaret and her husband at their wedding in 1960.

Princess Margaret bought the tiara herself for her wedding day.

According to royal tradition, the bride often wears a tiara from the family’s jewelry collection on her wedding day. However, Margaret bought herself the tiara she wanted to wear on the biggest day of her life.

It is the crown that bears the name Poltimore. The first owner of this treasure was Florence Brinsley Sheridan – Baroness Poltimore. The woman who commissioned Garrard to make the tiara in the 1870s, then passed it on to her descendants.

In 1959, the descendants of Baron Poltimore sold the crown and heirloom jewelry to the auction house. Princess Margaret bought the tiara for 5,500 pounds (more than 156 million dong at current exchange rates) to use for her wedding. Poltimore is crafted from gold, silver and diamonds with an exquisite design, has 11 brooches and comes with a necklace.

The first female owner of the crown.

The crown has a delicate design.

The unexpected end of the treasure

The Queen’s sister has shown her “hegemony” when wearing the Poltimore tiara many times before getting married. Traditionally, most royal brides only wore a tiara for the first time on their wedding day.

Meanwhile, Margaret wore it before getting engaged on a state visit to Iran in May 1959 or to the Royal Opera House later that year. Later, this precious tiara was used by the princess in many other important events. 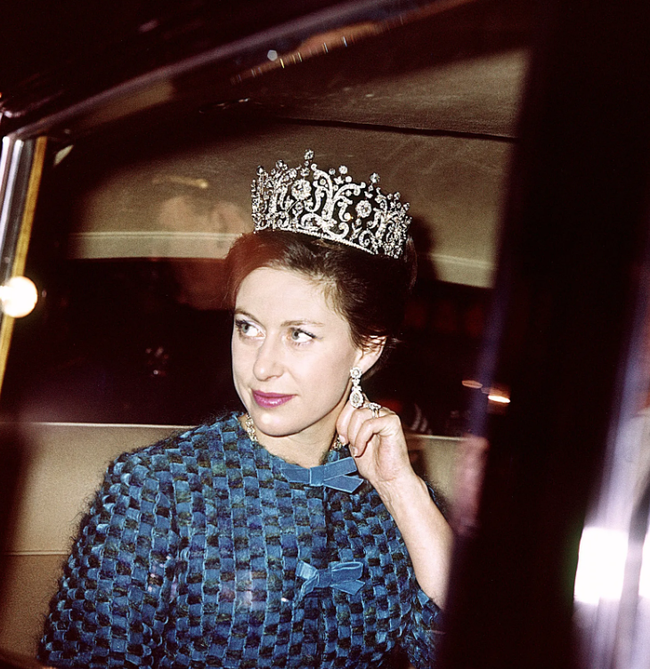 Princess Margaret also used the tiara on many different occasions.

After Princess Margaret passed away in 2002, the tiara was passed on to her children. However, in 2006, her children sold the tiara at an auction. As a result, the crown was bought by one person for about 1.7 million USD (39 billion at current exchange rates).

Many royal fans have expressed regret that the crown once associated with the name of the famous princess has been sold to another owner. The Poltimore tiara is not merely a beauty accessory, but it is also a symbol of the personality and rebelliousness of Princess Margaret.

It represents Margaret’s love of freedom, not wanting to be confined within the framework of hundreds of years. Every time she wears the Poltimore tiara, the Queen’s sister exudes self-confidence and a rare temperament.