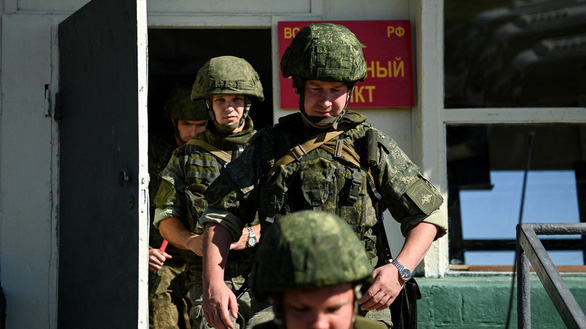 “If the territorial integrity of our country is threatened, we will use all available means to protect our people – this is no joke,” President Vladimir Putin said in a speech. on television on September 21.

The Russian president also said that the purpose of signing the local mobilization decree was to “liberate” the Donbass region and most of the people in the regions controlled by Russia.

Ông Mykhailo Podolyak, Advisor to the President of Ukraine told Reuters news agency that Russia’s announcement of the mobilization order was a predictable step.

“The war is clearly not going according to the Russian script, so it requires (President) Putin to make a decision,” Podolyak said, adding that Putin was trying to blame the war and Russia’s worsening economic situation for the West.

Chinese Foreign Ministry spokesman Wang Wenbin stressed that China’s position on Ukraine is consistent and clear. Whereby, China urges all parties to engage in dialogue, consultation and to seek to resolve security concerns.

Mrs. Bridget Brink, US Ambassador to Ukraine, wrote on Twitter that issuing a local mobilization order was a sign of “Russia’s failure”. “The United States will never recognize Russia’s declaration of annexation of Ukrainian territory and we will continue to stand with Ukraine for as long as necessary,” Brink said.

Deputy Prime Minister of Germany Robert Habeck called this “another bad and wrong move by Russia”. Mr. Habeck said he would discuss and consult politically to find a response.

Agreeing with British Foreign Secretary Keegan, Czech Prime Minister Petr Fiala This is also a move to escalate tensions by Russia. “The local mobilization is an attempt to further escalate the war in Ukraine,” said Petr Fiala.

The issuance of a local mobilization order by President Putin allows Russia to mobilize about 2 million reserve troops to continue the war in Ukraine.

According to Russian Defense Minister Sergei Shoigu, based on the local mobilization order of President Putin, an additional 300,000 servicemen will be summoned to serve Russia’s military operation in Ukraine. According to Shoigu, students and former conscripts will not be called up.