Inspired by the novel of the same name by writer Di Li, Red Flower Camp opens when businessman Luu (Quoc Huy) brings his fiancée – Vy (Tram Anh) and her step-son to Trai Hoa Do resort. , both for Vy psychotherapy and for him to conveniently supervise the construction. I thought that I came here to heal, but it seems that Vy just encountered all sorts of bad things…

Marking the debut of director Victor Vu in the field of feature-length films, the work shows the strengths of overseas Vietnamese filmmakers right from the first episode that aired on July 4. The episode captures both audio and visual, creating a sensational atmosphere and stimulating the audience to explore the mysteries hidden in the Red Flower Camp. 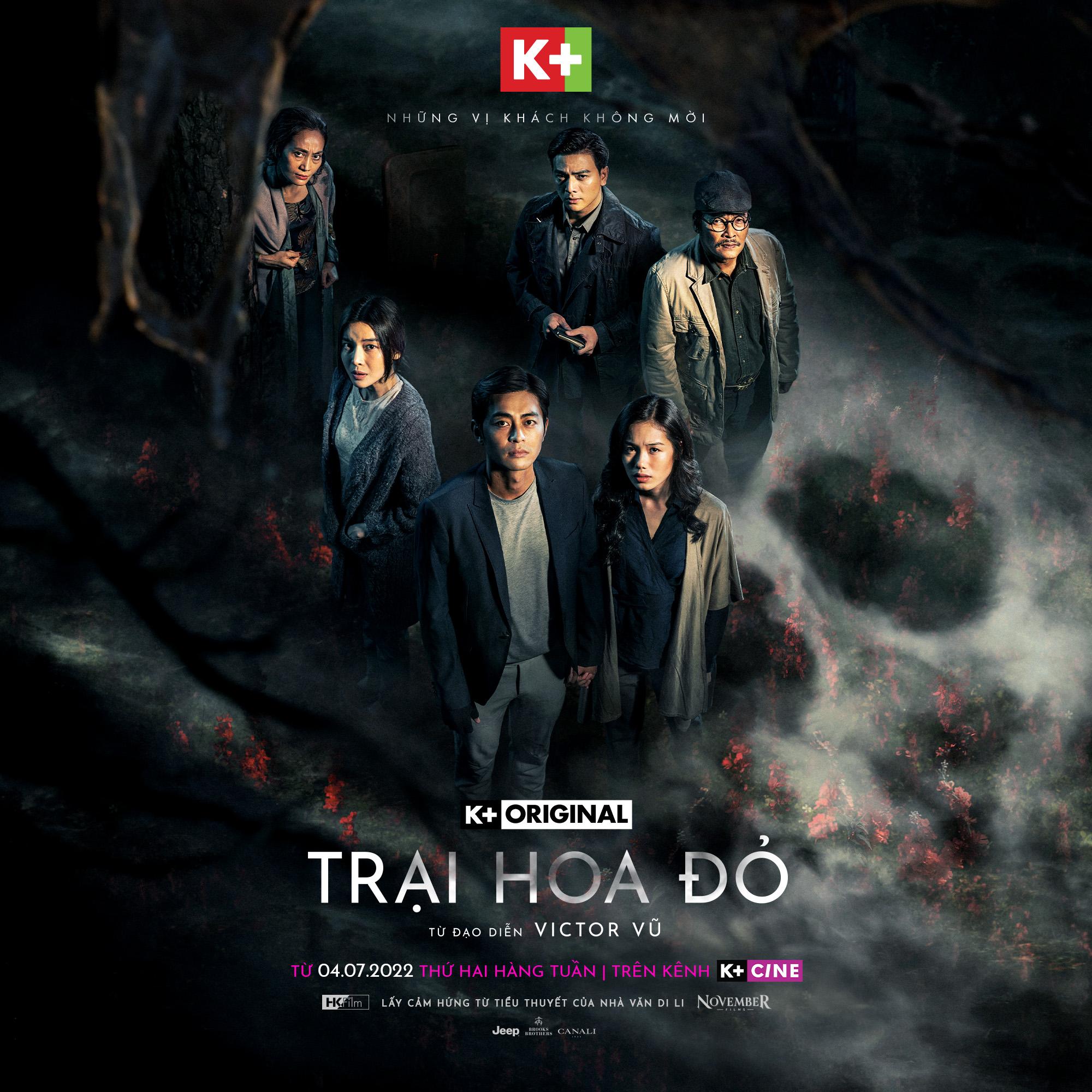 The land is completely separate from the outside world, quiet and ghostly in the mysterious mountains and forests. Not only taking advantage of the available scenery of the highlands of Lam Dong province, the design team of 15 people also elaborately staged wooden houses, covered with red flowers around the house and along the way. Thereby, they bring the scene of Red Flower Camp which is both real and dreamlike, leading the audience into a world both familiar and strange, visually appealing and creating a sense of mystery and horror as described in the novel. origin.

The Red Flower Camp is completely separate, quiet and ghostly in the mysterious mountains and forests

This is not the first time Victor Vu has captivated viewers with his movie scenes. Art director Ghia Fam said that in many times of filming together, he worked to prepare a huge amount of flowers for the scene, from yellow flowers in I See Yellow Flowers on Green Grass to purple myrtle flowers in Blue Eyes and now is the red wolf muzzle flower in the Red Flower Camp. Since the film was first shot, writer Di Li has been extremely pleased to see a series of background photos, because they are exactly what she intended when she wrote the book.

The atmosphere is peaceful but mysterious

Switching from film to television or vice versa is not easy. But right at the first time, Victor Vu showed a smooth transition. He kept a coherent narrative thinking, led the movie rhythm neatly but without hurry, did not abuse the scares of the audience, planted open-ended details to create suspicion in each segment.

The best point of Red Flower Camp is the balance between thriller and detective materials. The film opens with the image of a corpse floating in the middle of a lake. But the director was not in a hurry to reveal the identity of the dead, slowly bringing viewers back in time to events not long ago.

While solving cases and explaining magical phenomena, director Victor Vu creates a peaceful but mysterious atmosphere covering the whole village of Trai Hoa Do. The combination of effective sound further elevates the audience’s emotions, making people believe in what’s happening on the screen.

Famous for his cool hands in directing and acting, Victor Vu puts actors in a reasonable position and exploits each person’s new color. Familiar with the image of integrity, Quoc Huy turns two faces in the film. Cao Thai Ha “escapes” with elegance and sharpness, becoming a woman in a flood, trapped in a prison marriage. Tram Anh is no longer a glamorous model, but an experienced single mother…

Meticulously calculating each element from the context to the music and even the emotional drop of each situation, Victor Vu maintains the style of a “good fighter” director on the Vietnamese screen. At the end of episode 1, the Red Flower Camp has not yet revealed the dead victim in the lake, but cleverly installed details to entice the audience to try their hand at “breaking the case” and eagerly wait for the next development.

As a Vietnamese pay TV brand that provides high-quality content, K+ is now not only the first choice of sports-loving audiences with the English Premier League and prestigious sports tournaments, but also is a pioneer in Vietnam to capture the world’s trend of “cinema quality series”, as evidenced by the K+ORIGINAL Series Camping Red Flower, which promises to bring many different and eye-pleasing experiences to the audience. fake this summer. The drama has a length of 8 episodes, 60 minutes each, and is airing at 8 pm every Monday on K+CINE and App K+ channels, exclusively on all platforms of K+ Television.