The Department of Ophthalmology, Central Highlands General Hospital (Dak Lak) has just received a case of severe trauma to the eye socket. 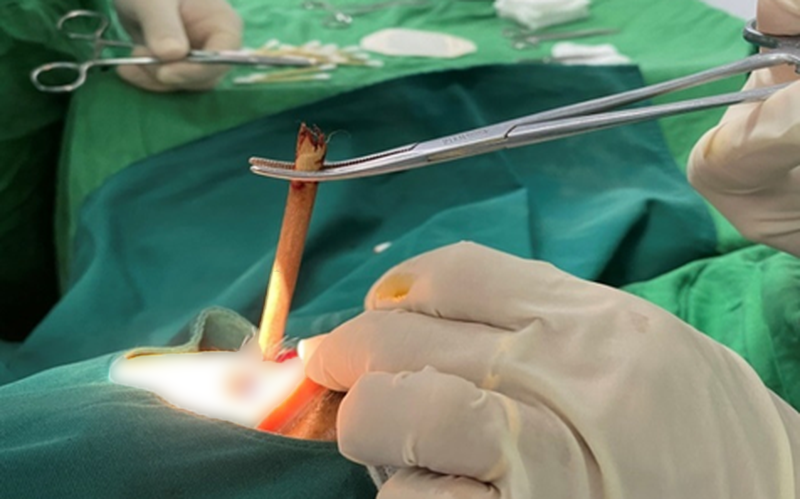 The foreign body is a bamboo wand that pierced the patient’s eye socket. Photo: BVCC

Patient YK (born in 2000) was admitted to the hospital with a foreign body in the right eye socket after an accident.

On initial examination, the doctors noted that the patient was lethargic, complaining of pain in the right eye socket accompanied by vomiting, swollen eyelids. 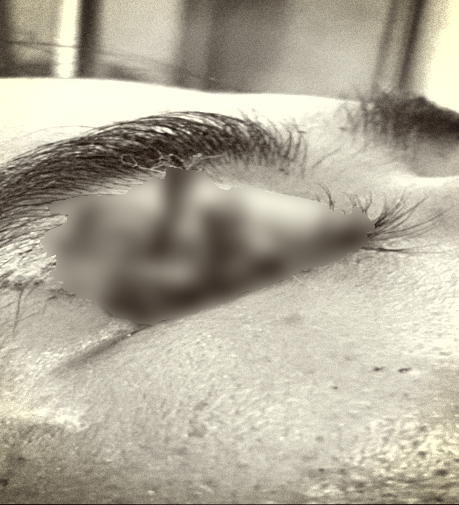 The patient was admitted to the hospital with a foreign body in his eye. Photo: BVCC

The foreign body is a bamboo wand that penetrates from the upper eyelid on the outer corner of the right eye to the outer wall to the top of the right orbit, restricting eye movement and compressing the optic nerve.

Tua on duty had a direct consultation with BSCKII. Ngo Van Cuong, Head of the Department of Ophthalmology and decided to perform emergency surgery to remove the deep orbital foreign body for the patient. 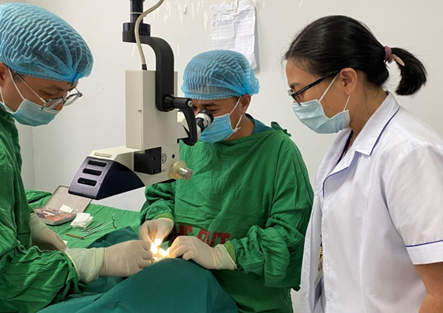 After 90 minutes, the surgical team operated and successfully removed the foreign body, a bamboo wand about 12cm in size, from the patient’s eye socket. After the operation, the patient was awake and is currently undergoing postoperative treatment at the Department of Ophthalmology.

After 2 days of surgery, the patient was awake, still had mild pain, right eye vision was 9/10, eyelid swelling was reduced, conjunctiva was pink, cornea was clear, and eye movement was normal. 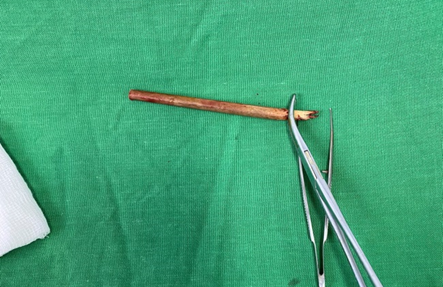 According to BSCKII. Ngo Van Cuong this is a case of a dangerous eye socket. The foreign body penetrates from the upper lateral eyelid area into the deep outer wall of the orbit to the top of the orbit.

The risk of foreign objects penetrating the eyeball, compression of the optic nerve, inflammation of the orbital tissue, orbital hematoma, very high bleeding causes difficulties during surgery, requiring the surgical team to prepare carefully to help the case. Successful surgery.