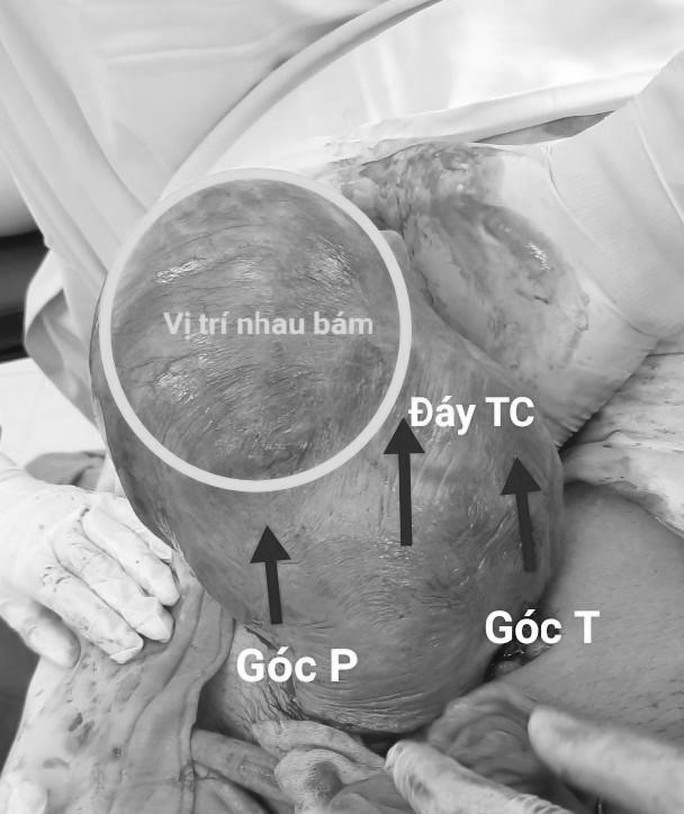 The doctors had to use their hands to peel off the placenta, while sewing to strengthen the very thin uterine muscle to prevent bleeding from the placenta.

Accordingly, at the Department of Obstetrics and Gynecology, Le Van Viet Hospital, doctors received one of the difficult births. Doctors performed surgery to capture the baby. The baby was born healthy, rosy, crying loudly, weighing 3.6 kg. However, at this time, the doctor discovered that the placenta was attached to the corner of the uterus, the uterine muscle area was very thin, there were many proliferating blood vessels, the risk of uterine rupture was very high. Due to difficult marriage and high risk of bleeding, the surgical team used hemostatic drugs, uterine spasmolytics and uterine artery ligation to prevent postoperative bleeding.

After 15 minutes since the baby was born, doctors had to remove the placenta by hand, and at the same time, sew to strengthen the very thin uterine muscle to prevent bleeding from the placenta. Postoperatively, the uterine contraction condition was good, the urinary production was stable, and the mother continued to be monitored. Currently, the uterus is in good contraction, the incision is dry, there is little discharge, and the mother is about to be discharged from the hospital.

According to doctors, angle pregnancy carries many risks and can lead to complications during pregnancy such as persistent pain and bleeding, spontaneous abortion, uterine rupture, retained placenta, retained membranes and bleeding. lead to hysterectomy. Diagnosis is difficult, and many cases may not be diagnosed before birth. This is a rare case and first reported in hospital.