Surveillance cameras at a shopping mall in Hangzhou, Zhejiang province, China captured a rather humorous scene of an elementary school boy.

It is known that the child in the video is said to be shopping here with his mother. While the mother was busy looking at the goods around, the boy sneaked up to a nearby refrigerator. 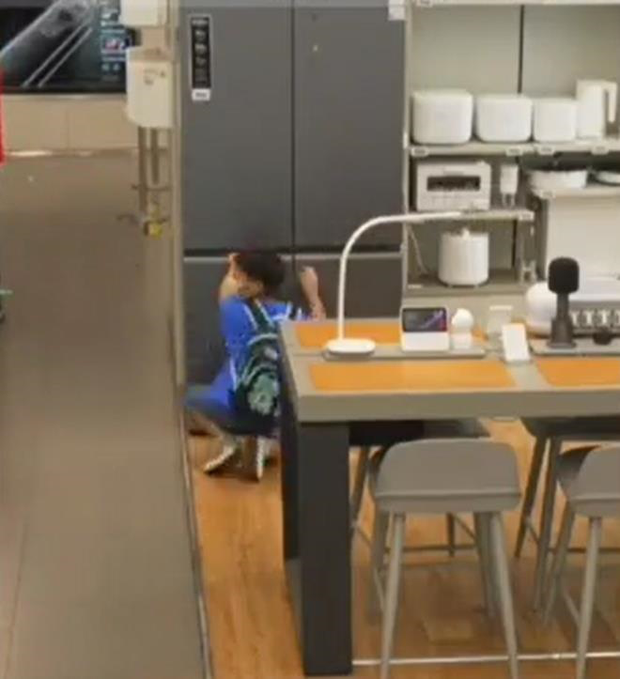 The boy with a dazed look looked back and forth in front of the refrigerator.

It is known that due to the extremely hot summer this year, some businesses have placed refrigerators in their stores with various flavors of ice cream to attract customers.

However, the refrigerator besides being used to store ice cream accidentally had another function when it fell into the sights of a child. 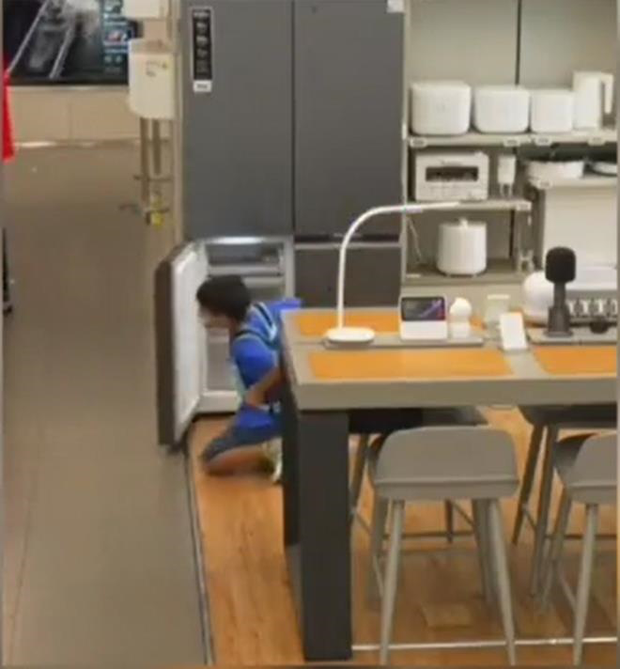 The boy’s actions were captured by surveillance cameras.

The baby boy in a blue T-shirt was seen peeking in front of the large refrigerator door. Not long after, the boy hastily opened his briefcase and pulled out a notebook, looked around to make sure no one was paying attention, and quickly shoved the notebook straight into the fridge. After this action, the child immediately turned around and left as if nothing had happened. 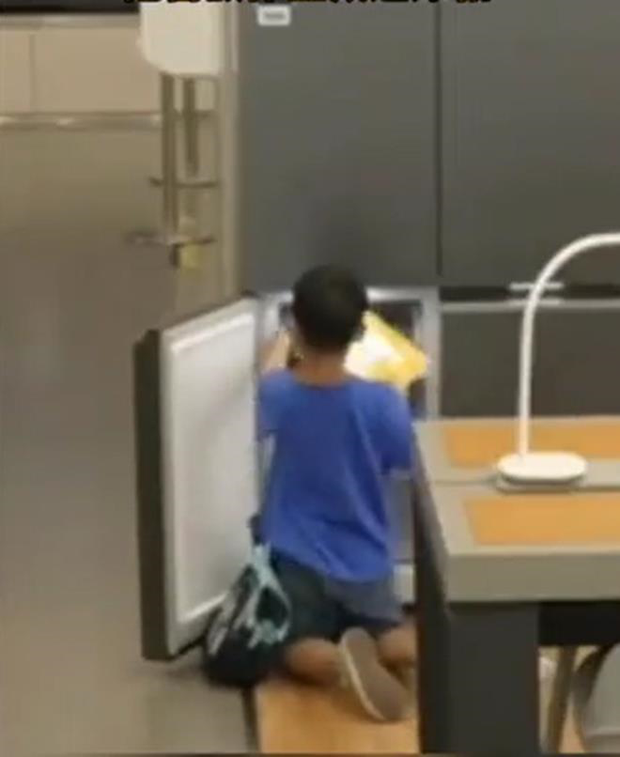 When he noticed that no one was paying attention, the boy quickly stuffed the exercise book into the refrigerator. 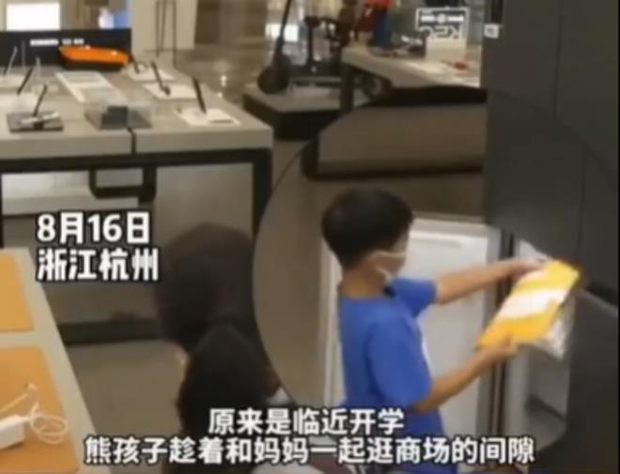 The child did not expect that his every move was recorded.

Right after the boy and his mother left the store, an employee discovered the notebook while taking ice cream for another customer.

This employee quickly chased but in the end could not find the guest “forgot” this booklet. However, through the surveillance camera and the purchase history of the mother and daughter, they were still able to contact the child’s parents and return the workbook to its owner. 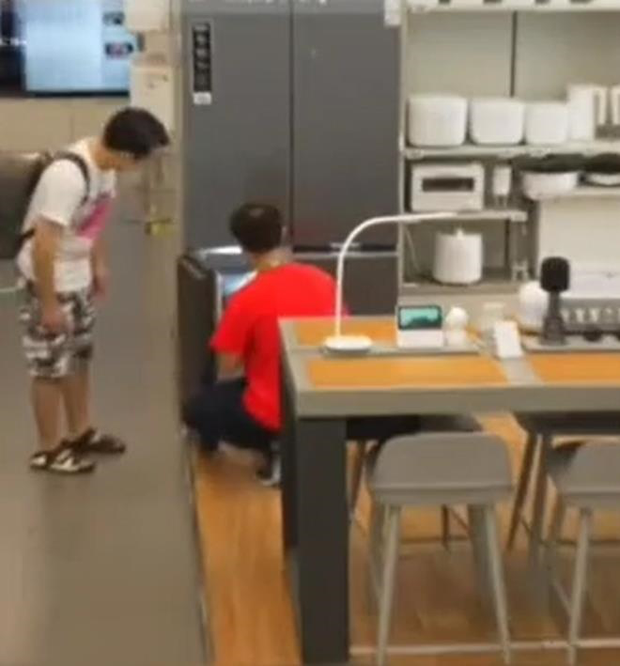 At the same time, the store staff also discovered the notebook soon after.

Although the report does not specify the boy’s motive for “losing” his homework, netizens can somewhat understand the reason behind and humorously express sympathy for the child who does not like it. do this exercise.

“The boy must have been unhappy with his homework being returned.”

“Perhaps he was trying to get his homework out of the heat wave.”

“Can the boy be grateful to that dedicated employee? His plan was ruined.”