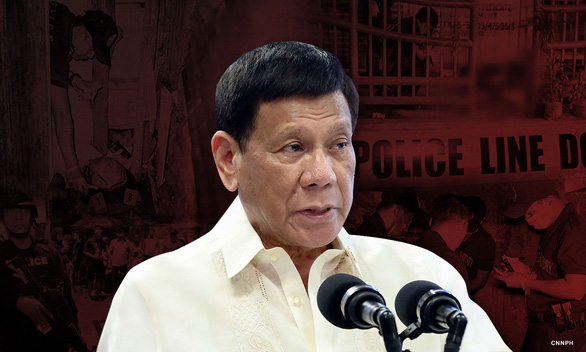 The six-year rule of Philippine President R. Duterte was a difficult beginning in foreign policy. But with the policy of “recession and progress”, Mr. Duterte has skillfully “considered and succeeded”, using the pressure of the US – China to deal with the US – China.

Pressures on Mr. Duterte come from China’s trade sanctions – after the South China Sea case with a historic ruling on July 12, 2016, along with the pressure of threatening sanctions from the US – the consequences from allegations of human rights abuses in the war on drugs that the R. Duterte administration has determined to carry out nationwide.

But the Philippines has gradually balanced the influence of both great powers and expanded their interactions to diversify, multilateralize, participate in the creation of collective security networks of small countries, middle powers and the whole world. countries that counterbalance their traditional ally the United States, creating foreign legacies imbued with the identity and assertive personality of outgoing President R. Duterte.

As soon as he took office in June 2016, Mr. Duterte immediately deployed the tactic of “concession first” with statements with the orientation of “separating the US” (June 2016); announced the strengthening of defense ties with China (September 2016); received a huge amount of credit and investment of 24 billion USD from China (October 2016). and actively participate in China’s “Belt and Road” initiative (BRI) (October 2017).

These initial moves have had a remarkable effect. They not only “thaw” tensions in relations with China (China), paving the way for China to remove import restrictions and reopen multi-field cooperation with the Philippines, but also promote the the basis of a “new type of relationship” that China wants to build on the basis of shaping joint exploitation with the Duterte administration in the disputed waters.

Of course, when the Chinese side has not made a specific decision, the Duterte administration has officially opened an international tender under the PCECP program for oil and gas fields that already have service contracts in October 2020 that China cannot respond to. (because the Philippines has left up to 2 years of prioritizing negotiations with China with no results).

And finally, at the end of his term, Mr. Duterte officially announced the end of the process of negotiating joint exploitation with China in the disputed waters, completing a partial release of maritime pressure from China while still maintaining the peace and stability of the region. preserving the integrity of the economic interests of the Philippines.

Recognizing the existence of legal weaknesses in the war on drugs that the administration of President D. Trump can take advantage of to increase pressure on himself, Mr. Duterte was very decisive to put pressure back on the US Government. .

He threatened to cancel the Visiting Forces Treaty (VFA), which has the potential to nullify all current US rotations in the country, and withdraw the Philippines’ membership. from the International Criminal Court (March 2019).

These assertive moves have forced the US to readjust its policy in the direction of reducing pressure on the Philippines, gradually increasing military aid to maintain the VFA Treaty and ignoring the human rights accusations of the Duterte era.

At the end of his term, Mr. Duterte also officially canceled the abolition of the VFA Treaty, seen as both relieving pressure from the US and enhancing their role in the US alliance network in East Asia.

In addition to activities to coordinate pressure from the US-China axis, Mr. Duterte also repeatedly visited countries that have the ability to counterbalance China militarily such as Japan (October 2016, October 2017 and May 2019). Russia (May 2017), India (January 2018) and South Korea (June 2018)…

Accordingly, the Philippines under Duterte has at the same time participated in the US joint exercise networks such as the annual US-Japan-India-Philippines exercises, and participated in the Vladivostok-Chennai Economic Corridor project (VCMC). set by the Russia-India axis at the end of 2019 in the context of increasingly tense US-Russia relations.

The move not to participate in sanctions against Russia in the context of the ongoing war in Ukraine is also an important sign that the Duterte government has tried very hard to maintain a balanced stance in the current US-Russia competition.

In addition, with the moves to create a chain of dialogue activities on maritime law enforcement among ASEAN countries related to the East Sea (the A5 bloc includes Indonesia, Malaysia, Brunei, the Philippines and Vietnam), as well as the development of The development of the Indonesia – Malaysia – Philippines triangle into a joint patrol quadrangle in the Sulewasi Sea with the increased participation of Brunei, can see the expression of the increasingly diversified and multilateral foreign identity of the Philippine Government. under R. Duterte.

The foreign legacy of outgoing President R. Duterte bequeathed to the new President Jr. Ferdinand Marcos is therefore promising for the trend of strengthening cooperation and balancing influence among the great powers, which is the strength of ASEAN countries.

According to Philstar, the June 30 inauguration of 64-year-old President-elect Ferdinand Marcos Jr – who will succeed Mr. Duterte and be the 17th president of the Philippines – will take place “formal and simple”.

Mr. Franz Imperial, a member of the organizing committee of the ceremony, said: “The program that we have prepared is very formal and simple. The ceremony takes place in the traditional form, as Mr. Marcos said. We will not deviate from tradition”.

Mr Imperial also revealed there would be a 30-minute parade. In addition, Malaysian Foreign Minister Saifuddin Abdullah will pay an official visit to the Philippines and attend the inauguration of Mr. Ferdinand Marcos Jr. Many countries also sent representatives to attend this ceremony.