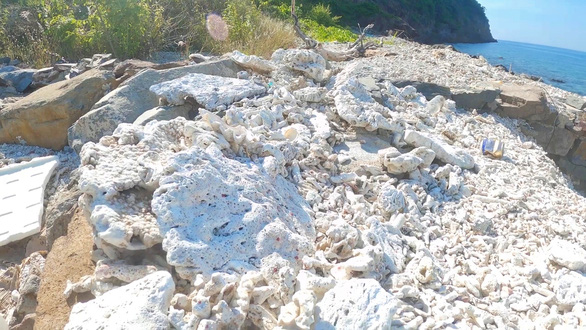 The activities of Nha Trang Bay Management Board are still limited

Through the opinion of experts, scientists, reports of Nha Trang Bay Management Board, People’s Committee of Nha Trang City, show that the decline of most coral reefs in Hon Mun marine protected area is a process that is influenced by many factors. cumulative effects from many years, including objective causes due to the impact of climate change, the effects of storm Damrey in 2017 and storm number 9 in 2021 (no ocean acidification).

And the subjective cause is due to the state management, the coordination between the departments, branches and localities, the operation of the Nha Trang Bay Management Board has many limitations and shortcomings; Many human activities affecting the marine ecosystem of Nha Trang Bay and coral reefs in Hon Mun marine protected area have not been handled in a timely manner such as illegal fishing, dredging, construction of industrial parks, etc. coastal processes do not comply with regulations, discharge from tourism activities… 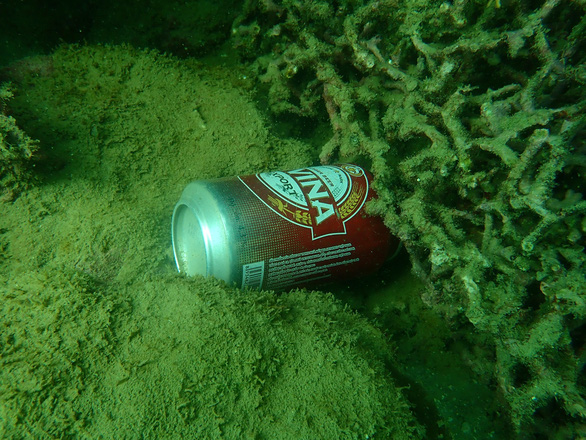 In addition to the impact of nature, humans are also harmful to the coral reef ecosystem – Photo: ANH DUC

Directing relevant departments and branches to closely coordinate with Nha Trang Bay Management Board in monitoring and managing Nha Trang Bay; strengthen the operational efficiency of the interdisciplinary inspection team in patrolling and strictly protecting the Hon Mun conservation area, promptly detecting and handling violations of the law and destroying the environment in the area. this area.

Strengthen propaganda to raise awareness about environmental protection and landscape of Nha Trang Bay for people, tourists, businesses and organizations. 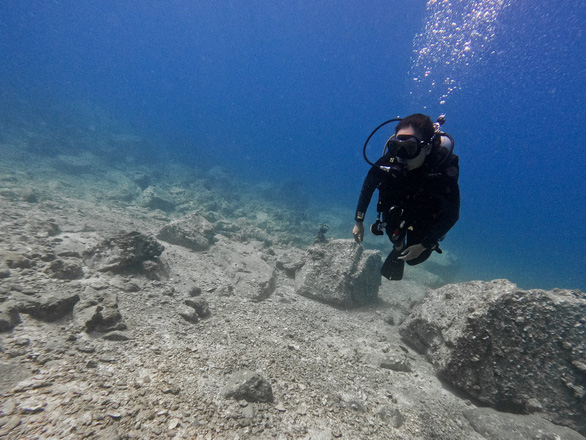 The sea floor of Hon Mun is shriveled because the corals have died in mass – Photo: MAI KHA

Regarding the long-term plan, the Provincial Party Committee asked the Provincial People’s Committee to direct the review of the entire mechanism of management and conservation of Nha Trang Bay. Coordinating between Khanh Hoa Provincial People’s Committee and central ministries and branches (Ministry of Agriculture and Rural Development, Ministry of Natural Resources and Environment) to issue or propose competent authorities to promulgate a mechanism to manage and protect Nha Trang Bay.

In particular, the Provincial People’s Committee must direct the study of the management plan and exploitation of the water surface in Nha Trang Bay in the direction of socialization, building a public-private management model, combining tourism and service business activities. associated with the task of protecting marine protected areas on Nha Trang Bay.

After the above conclusion, Mr. Huynh Binh Thai, head of Nha Trang Bay Management Board, said he had received written information from the Provincial Party Committee. Currently, Nha Trang Bay has 7 diving sites, of which Hon Mun has 6. However, at present, there are coral areas that are severely damaged, so the management board will make a preliminary assessment and re-zoning.

“We will re-evaluate and re-zoning, especially in the Hon Mun area, which is expected to close a few diving sites to see corals so that the corals can recover themselves. Not only diving, other activities such as boating are also planned. Baskets, boat rides to see the coral reefs will also be paused for coral rest and recovery.

We also plan to propose alternative tourism exploitation plans, such as organizing tours 1-2 times a month, then closing that area for corals to recover,” said Mr. Thai. .

Mr. Thai added that the project of installing hidden cameras around Hon Mun island to monitor and handle tourism and mining activities is facing difficulties due to lack of funds. If deployed, the management board will also equip additional underwater diving cameras to replace human power to assess the growth of corals and harmful species weekly and monthly.

Can the damaged corals in Hon Mun still be saved?

TTO – In the past few days, public opinion has been surprised and annoyed by images and information about the damaged state of corals in Hon Mun area – the first marine protected area of ​​Vietnam, belonging to a national scenic spot. Nha Trang Bay (Khanh Hoa Province).