The World Championship is the biggest League of Legends festival of the year, containing the dreams of players, organizations, staff, etc. Yesterday, we came with 5 teams. players from 6th to 10th place, and now we’re going to take a look at the top 5 most anticipated players at the next World Championship.

Knight is always on the list of the top players in the Chinese LPL. Basically, Knight owns ornate gameplay, superior personal skills and phases that create quality mutations. Knight’s moves can solve the bottlenecks of the match when in a deadlock situation. 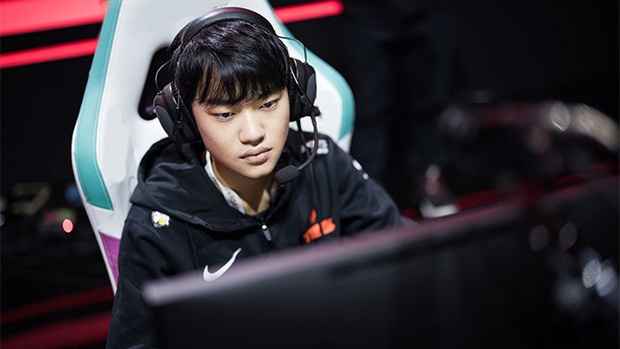 Strong from laning to teamfights, Knight has always had high personal stats compared to the rest of the players. In addition, this guy can also use all types of champions, from support champions to team-carrying champions, ie super-wide champion pools. In the current Top Esports lineup, Knight is the brightest star, a player with a strong emotional style.

Knight’s only weakness lies in his fighting spirit. This guy is very good at breaking the deadlock, but if the team loses deeply or falls into a losing position with a high-class opponent, Knight is not brave enough to bear the burden. But that disadvantage is too small compared to this guy’s real talent. 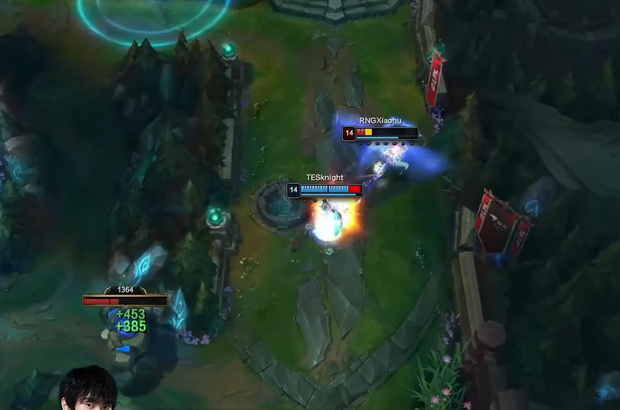 Watching Knight fight can only exclaim in admiration

Viper has never been underestimated from the world League of Legends community, this guy has the ability to carry the horror team with heavy burden champions. Big hand individual skill, not to mention quick reflexes, ability to lane pressure and hold position in teamfights, then shine to clear everything that remains. 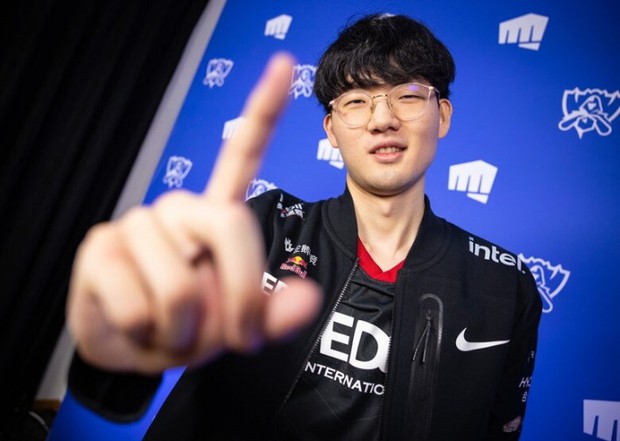 Viper is the super ADC at LPL

Therefore, Viper is considered by the community to be a super gunner, a player with the ability to carry the team, without any weaknesses at this time. The fact that Edward Gaming was present at the world finals with the 3rd seed position in the region was taken by Viper himself when he shined in difficult moments. Not only carrying the whole team, Viper himself also helped his teammates regain confidence after unstable periods in the group stage of the LPL Summer 2022.

Ruler is having a golden period in his career. Gen.G has its ups and downs, but Ruler has never let fans down. What “Ruler” can do at the moment is really remarkable. Ruler overwhelmed all the ADCs in the LCK Summer 2022, bringing Gen.G to the unconvincing LCK championship, shining in almost all matches, especially with the champion Zeri. 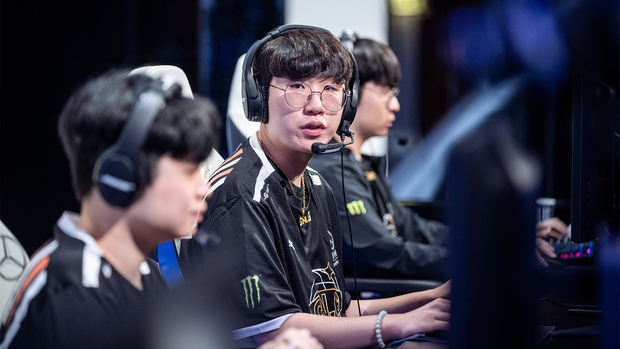 High performance, great personal skills from laning to teamfights, full of bravery in intense matches, shining to untie the knots of the game, strong offensive play but no risk. dangerous, those are the words for this talented sniper. Of course, with Gen.G ripening at the moment, Korean fans are dreaming of winning the World Championship this year.

In second place is Kanavi, a name that may surprise you. But if you follow the LPL and Jindong Gaming (JDG) tournaments in this summer, you will know how terrible Kanavi’s level is. This guy is famous for his high skill, comprehensive League of Legends thinking and can carry the team super well, even Kanavi’s impact on the whole team is much larger than Ruler. 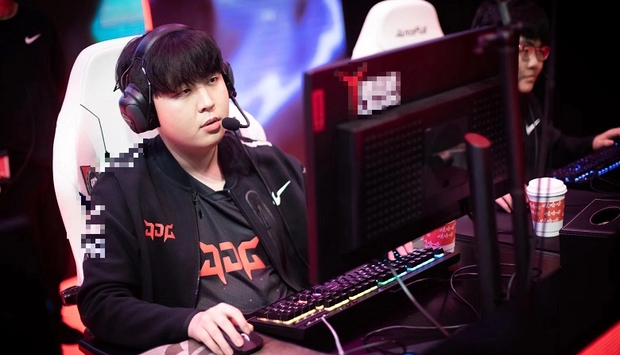 This guy can play many generals with different roles, but the most prominent ones are the heavy, attacking champions like Graves, Taliyah, Kindred, etc. At the beginning of the 2022 Summer LPL tournament, not much was going on. Who thought JDG would win this season but with Kanavi’s excellence as well as the strong rise of Yagao and 369, this team made miracles.

This year is the year of the jungle and AD carry, Kanavi will certainly receive great expectations from the fans, becoming the brightest star of the Chinese LPL this year. 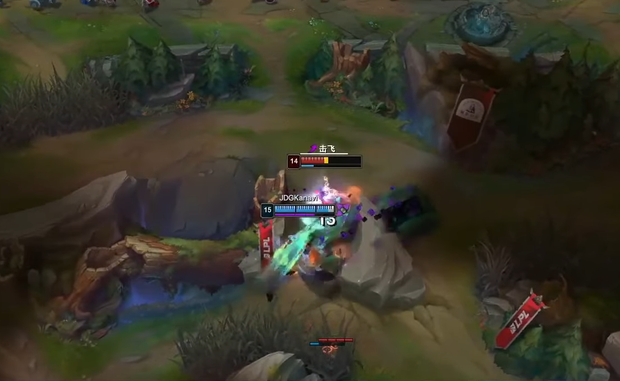 The strongest “Bear” player in the LPL region

Of course, the number one spot is none other than Chovy. From a child prodigy, Chovy gradually asserted his superior personal skills in the world League of Legends community. Even if it’s not exaggerated, Chovy has no opponent in the mid lane in terms of individual skill. Chovy’s gameplay is more of a laner, he understands his mid lane well, understands every inch of champion quality, understands standing position, how to exchange attacks, skills, how to control minions, how to move … Chovy’s gameplay is somewhat similar to Dopa, who was dubbed: “The Saint of Road Control”. 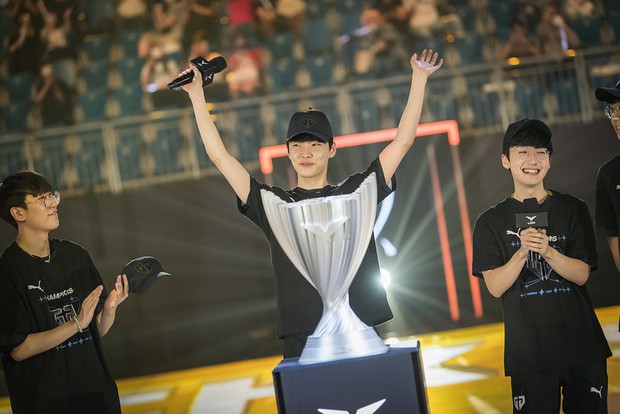 Chovy – the most talented player at the moment!

Day by day, Chovy is more and more perfect. He did not pay too much attention to the minion stats as before, but combined the process of eating minions with supporting teammates. That’s why Gen.G won the LCK Summer Championship so convincingly. And of course, with such terrifying minions, Chovy has enough qualities to shine in teamfights and carry.

Chovy possesses a beautiful and emotional gameplay, which is quite similar to Knight of Top Esports. This year Faker is no longer in top form, Chovy will certainly be expected to succeed the “Demon King” in the future. This year Gen.G is very strong, so the goal of the prodigy boy will be to win the world final someday. 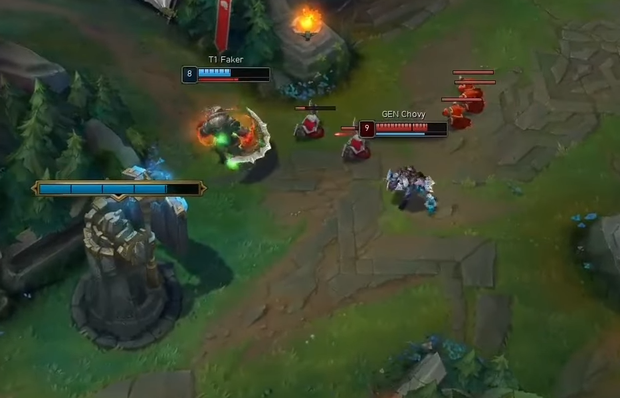