Two first grade students from primary school in Sarawak, Malaysia received a rain of compliments after becoming the main characters in the story shared by their teacher. Sylvester teacher Ronny Pulene posted on her personal page the sweet moment she witnessed. 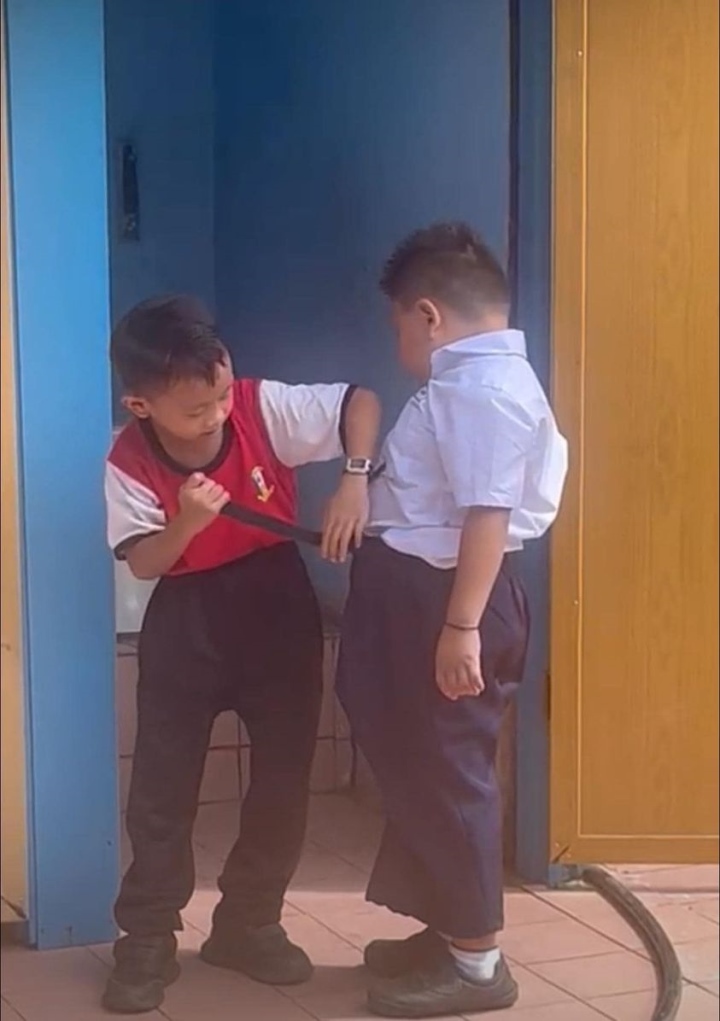 The boy fastened his classmate’s belt after going to the bathroom.

“The meaning of friendship. After recess, while going to class, I happened to meet these 3 friends (grade 1). Two boys helped their friend unbuckle his belt because he needed to go to the bathroom.

This student is really special. The boy is my former student in kindergarten. The boy still doesn’t know how to take care of himself. Even in 1st grade, this student still has to wear diapers. But maybe he didn’t use diapers today. What makes me proud is that in my class there are many friends who care about this boy.

Even his friends are sometimes willing to help him queue for food at the school canteen. This kid is also a very friendly boy even though he is a bit different from other classmates. In short, the classmates all noticed this particular classmate even though they were only 7 years old.

It was his friends who helped him unbuckle his belt and adjust his clothes when he finished going to the bathroom. After that, they all held hands and led the boy back to class happily.” 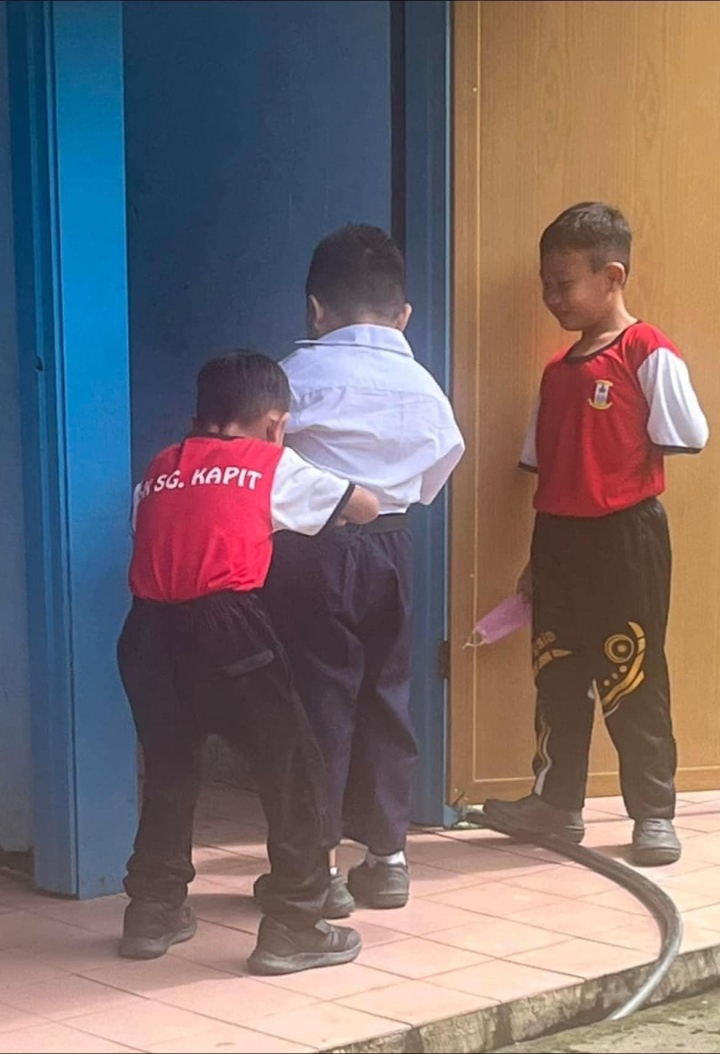 The cute action in the photo has received tens of thousands of likes and heart drops.

The photo she shared with her shows three children standing in front of the toilet door, in which, a boy is crouching to tie a belt for a friend standing next to him.

It is known that this is not the first time that the boy mentioned above has received care from his classmates. Because the boy is a bit slower than normal children when he is still unable to take care of himself, he often receives support from friends such as getting food, and even helping him with the cleaning. individual.

The cute actions of the children after posting have received a lot of shares. Many comments praised the hearts of the two children as well as the upbringing from the family. Everyone agrees that such children should be praised to spread and raise the spirit of kindness for the future preschool generation.