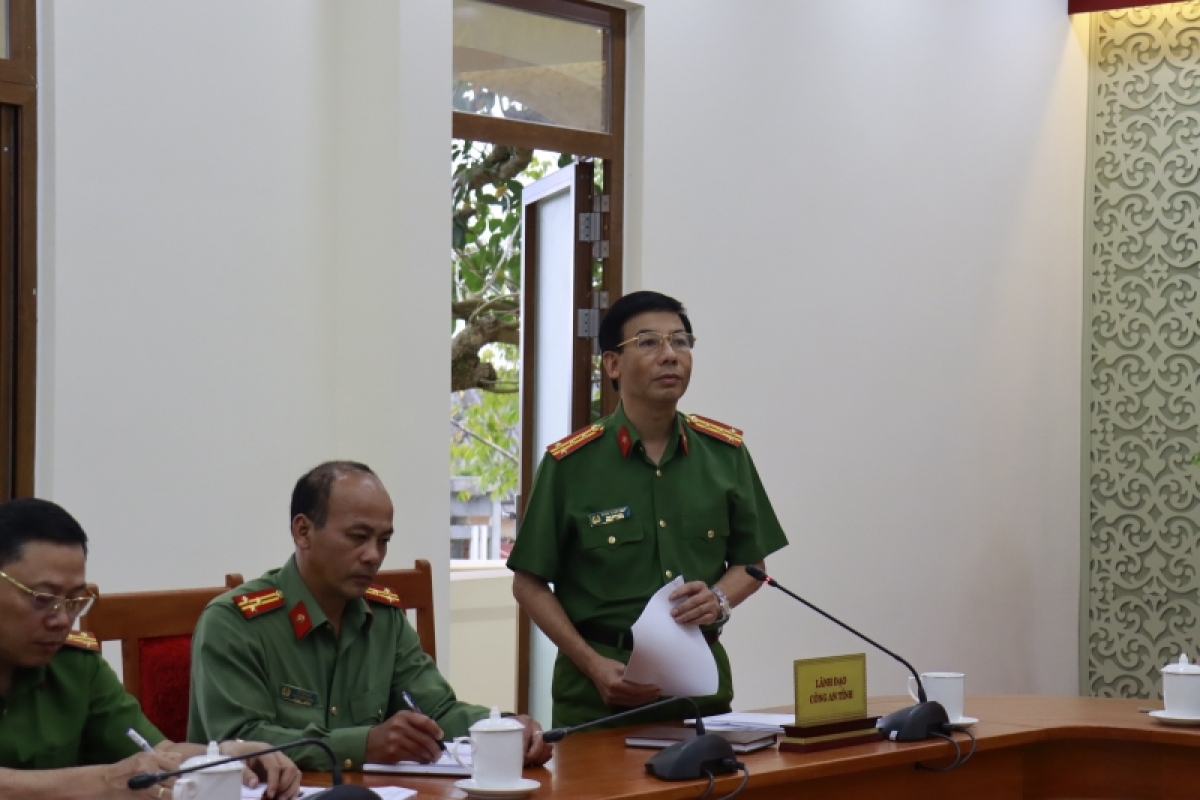 Colonel Dinh Xuan Huy, Deputy Director of Lam Dong Provincial Police, affirmed that the investigation of the case has always been actively carried out.

Immediately after receiving the case file, the Investigation Police Agency of Lam Dong Province Police immediately investigated and verified the relevant information. At the same time, many times invited the representative of the victim’s family, Mr. Nguyen Huu Nghia, to work and provide samples to serve the investigation process. However, Mr. Nghia had an application to work late due to kidney disease and poor health. Along with that, on April 9, 2022, Mr. Nghia submitted an application for exemption from denunciation of crimes against Mr. Le Minh Quang. Nearly 4 months later, specifically on August 3, 2022, Mr. Nghia continued to file a complaint again.

According to Colonel Dinh Xuan Huy, Deputy Director of Lam Dong Provincial Police, since receiving information about the case, Lam Dong Provincial Police has actively promoted investigation in accordance with the law. The reason for the delay in the case was that Mr. Nghia’s health was not good. It was not until August 3 that he went to the police station to work. At the same time, after being asked to provide relevant samples to serve the examination, a few days later Mr. Nghia provided samples of the ashes that are suspected to be Quan’s nephew. On August 12, 2022, the Police Department of Lam Dong Province issued a Decision to solicit the examination of the bone ashes that Quang had assigned to Mr. Nghia to determine whether the bone ashes belonged to Quan’s nephew or not. And on September 9, 2022, Mr. Nghia provided more samples of Quan’s mother’s hair to serve the assessment. The samples are currently being examined, but no results are available.

As reported by VOV, according to the report of Mr. Nguyen Huu Nghia, on March 3, 2022, his family brought his son, Nguyen Lam Minh Quan (3 years old) to Bao Loc city (Lam Dong) and handed over Le Minh Quang to treat mental retardation. After that, Mr. Quang took Quan to his boarding house in Loc Tien ward, Bao Loc city for care and treatment.

On March 25, 2022, Quan died of unknown cause at Mr. Quang’s inn. Mr. Quang burned Quan’s body, then put the ashes in a crock pot, brought it to Hue city and handed it over to Mr. Nghia and announced that Quan had died from Covid-19. Suspecting Mr. Quang’s behavior that led to Quan’s death, Mr. Nghia wrote a denunciation to the Hue City Public Security Bureau. The application was then transferred to the Lam Dong Provincial Police Investigation Agency for processing according to its competence.

Currently, the Police Department of Lam Dong Province has taken the testimony of Mr. Le Minh Quang and related people. At the same time, urgently conduct investigation, verify and clarify the case.

Mr. Le Minh Quang was accused of causing the death of 3-year-old Nguyen Lam Minh Quan during medical treatment, then voluntarily burned the baby’s body and sent the ashes to the victim’s family. Working with the investigating agency, Mr. Quang said that, on the night of March 24, 2022, when Quan showed signs of cough and fever, he tested himself and found that Quan was positive for Covid-19.

At about 2 o’clock on March 25, 2022, Mr. Quang checked and found that Quan was dead. Mr. Quang wrapped Quan’s body in a carton, glued it with tape and put it on his Ford Everets car. Until early morning, Mr. Quang called Mrs. Cao Thi Thu Bich to ask him to drive a car to take him to work. Around 8 am, when the car arrived in Dam Rong district (Lam Dong), Mr. Quang asked Ms. Bich to turn to an empty road, then stopped the car and told Ms. Bich to go to the national highway to wait. After Mrs. Bich left, Mr. Quang took the carton down from the car, put Quan’s body in an iron bucket, poured gasoline, oil, coal, and firewood on it and lit it on fire. After about 4-5 hours, Quan’s body was completely burned. Mr. Quang took water to cool down, put an iron bucket in a carton and left it in the back of the car, then called Mrs. Bich to come and drive. That night, Mr. Quang and Mrs. Bich spent the night in Nha Trang City (Khanh Hoa). The next day, go to Hue city at 8pm.

On the morning of March 27, 2022, Mr. Quang asked Mrs. Bich to buy a crock pot, then emptied all of Quan’s ashes and made an appointment to meet Mr. Nguyen Huu Nghia, resident of Phu Nhuan ward, Hue city (Thua Thien Hue). , the biological father of Nguyen Lam Minh Quan to announce the incident and hand over the jar of Quan’s ashes to the family.

Currently, the Investigation Police Agency of Lam Dong Province Police is investigating, verifying and clarifying the case. Public opinion is expecting a convincing answer to many questions, such as whether Quan was infected with Covid-19 leading to death or not? One person was paralyzed and had to sit in a wheelchair, but how could Quang perform the whole act of burning Quan’s body in a deserted place?./.