On the evening of September 30, information from the Que Phong District Police (Nghe An province) said that this unit is investigating and clarifying the death of Mr. PVH (SN 1952, residing in Tien Phong commune, Que Phong district). .

Accordingly, on the morning of September 30, relatives discovered that Mr. H was dead, so they reported it to the police. Recently, Mr. H was accused by the victim’s family of abusing a 6th-grade female student, leading to pregnancy. Mr. H used to work as a security guard at a preschool in Que Phong district.

As reported, seeing that their daughter, who is in grade 6, had many unusual symptoms, her family took her to a doctor and discovered that she was more than 1 month pregnant. When the family demanded, the female student told her story that she was “abused by the security guard of the kindergarten near her house”. 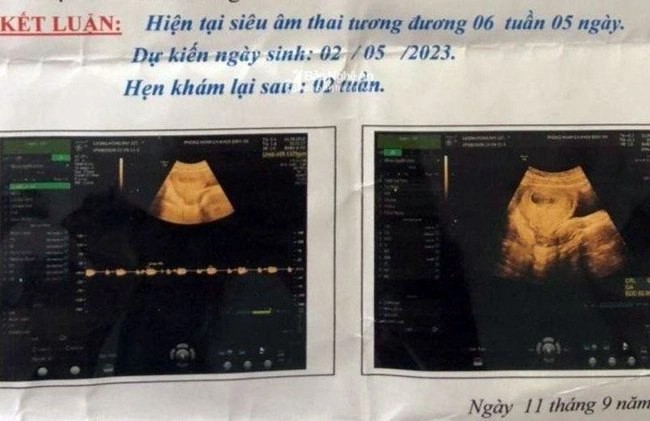 Ultrasound image of the baby (photo cut from the clip)

According to the child, because his house is close to the school, he often goes to school when he is absent from school and has been abused by security.

After listening to the child’s story, on September 15, the victim’s family made a complaint to the Que Phong district authorities with the content accusing Mr. P. H (SN 1952) of abusive behavior. Daughter. It is known that before that, Mr. PH was the security guard of the kindergarten near the baby’s house, but after the last summer vacation, Mr. PH was given a break by the school.

Upon receiving the information, the Que Phong district authorities quickly verified the information and Mr. PH was detained to serve the investigation process.