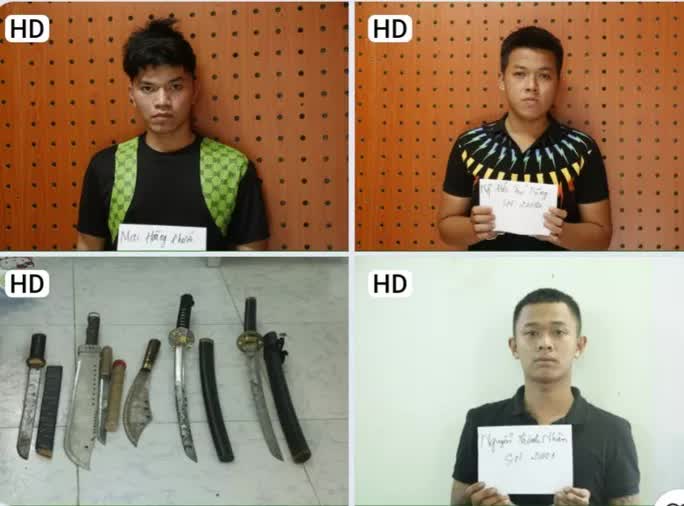 According to the investigation, at dawn on the same day, this group of young people and Nguyen Minh Dung (22 years old), after drinking, invited each other to steal moon cakes. Phuoc drove a four-seat car carrying Nhan, while Tri Dung took Minh Dung on a motorbike to follow.

At the mooncake shop on Highway 13, Minh Dung took off the canvas covering the front of the store. Meanwhile, Nhan threatened with a machete, asked two employees to give 5 boxes of moon cakes and two lanterns, then got in the car and left.

According to the police, the group of suspects lives in the locality, does not have a stable job, often gathers to eat, drink, and use stimulants.

At the time of arrest, all three tested positive for drugs. The suspect Nguyen Minh Dung has escaped and is being pursued by the police.