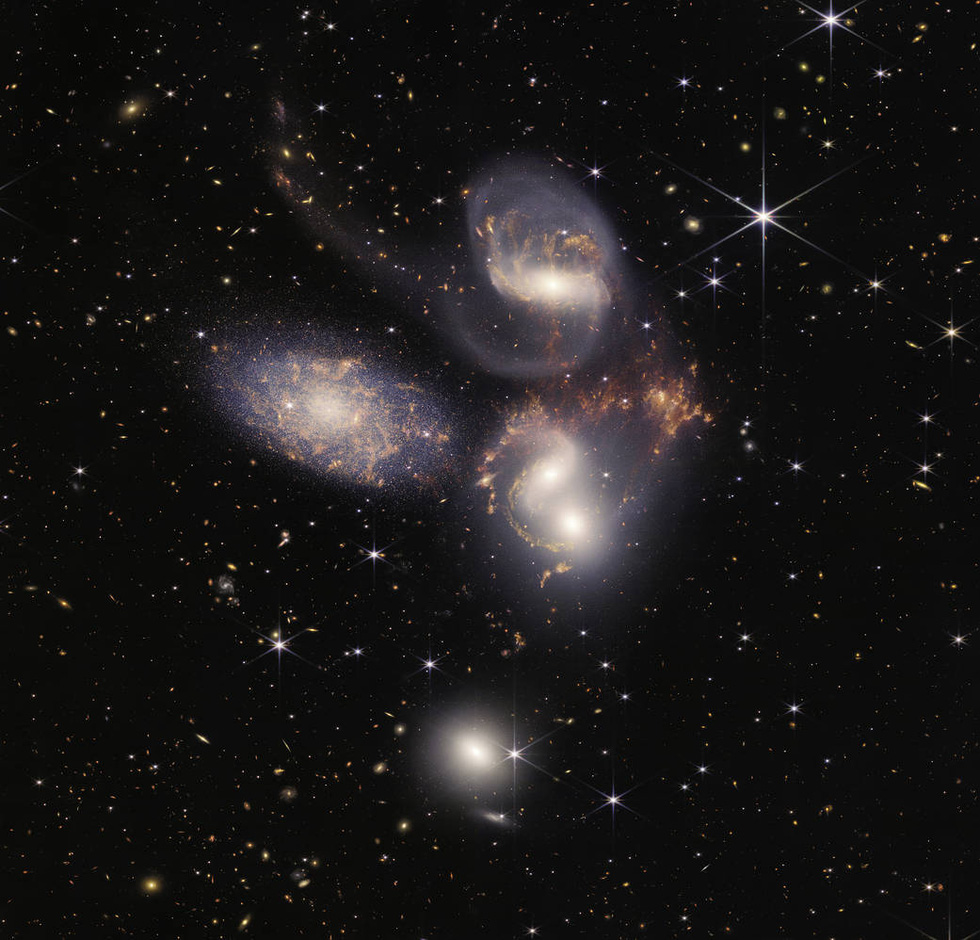 NASA has just released a new series of space photos taken by a super telescope James Webb take a shot. The highlight of this series of images is the beautiful interweaving moments between galaxies, creating a unique “dancing galaxy” scene.

The James Webb super telescope has captured a strange combined image of 4 out of 5 galaxies in the constellation Pegasus. Often referred to as the “Stephan quartet”, these four galaxies were first discovered in 1877.

The members of Stephan have formed a physical link called Hickson Compact 92 (HCG 92), which manifests in beautiful scenes and colors.

To date, the “dancing” moment of the “Stephan quartet” is the largest photograph James Webb has collected, made from nearly 1,000 separate image files. 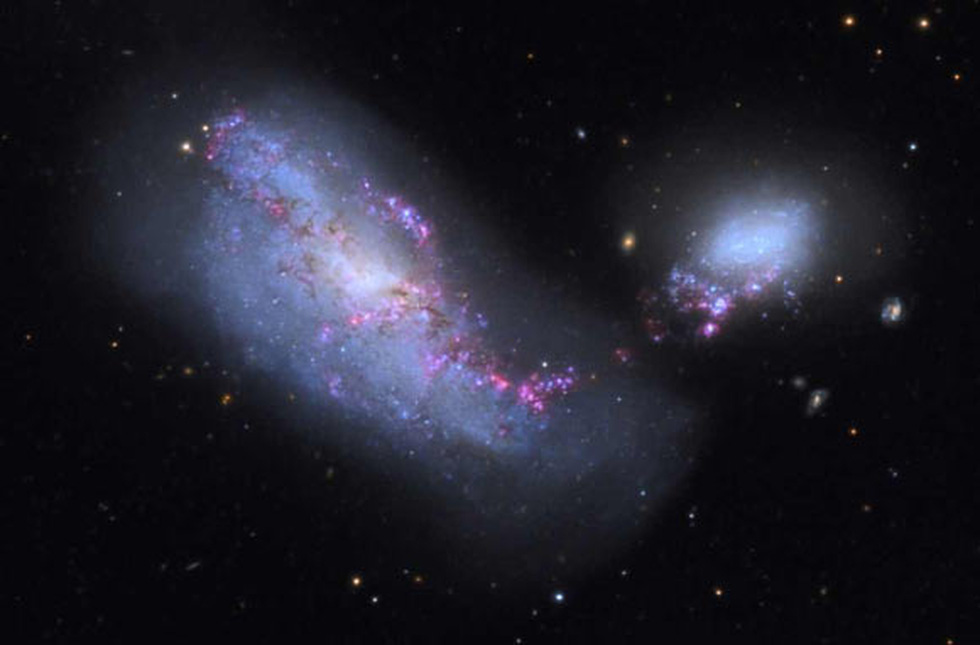 This is not the first time NASA’s super telescopes have impressed with the images of “dancing galaxies”. Previously, collisions or impacts between galaxies were always monitored by super telescopes and shot at the right time.

Typically in 2017, in the remote sensing project of deep spaces in space, the Hubble telescope – the “predecessor” of James Webb at NASA – had the opportunity to detect two strange galaxies, named NGC 4490 respectively. and NGC 4485.

The two galaxies are located about 24 million light-years from Earth in the constellation Canes Venatici. Hubble captured the moment the two galaxies continuously danced and then collided, leaving behind a spectacular sight.

In February 2022, the Hubble super telescope continued to capture the beautiful interaction of two galaxies named Arp 143. At the collision site, a “space triangle” was formed, creating a spectacle. colorful.

The word “Arp” in the name of the two “dancing” galaxies above refers to the astronomer Halton Arp (USA) thanks to the first introduction of them in 1966. Arp also provides a list of galaxies that have been and are interacting. strange shapes.

According to Arp, galaxies with unique interactions are excellent “living” laboratories for studying the physical phenomena that cause distortion of elliptical and spiral galaxies.

In May 2022, the Hubble telescope also recorded an image of the spiral galaxy IC 342 “making a pose”. This galaxy, also known as Caldwell 5, occurs near the equator of the galactic disk, which is rich in dense cosmic gas.

In the glittering landscape of the galactic center, NASA astronomers explain, are interwoven cosmic dust, wrapped around a core of hot gas.

Mr. Bill Nelson – director of NASA – said that from Hubble to James Web is a new era of astronomy. Thanks to the amazing power of contemporary super telescopes, people can observe new and unique perspectives of the vast universe that they previously encountered many obstacles, including the phenomenon of “galaxy”. dancing”. 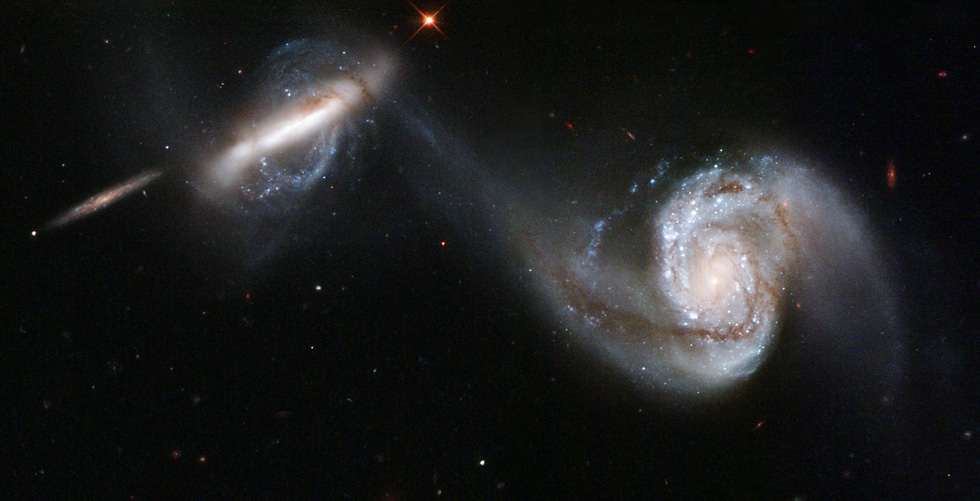 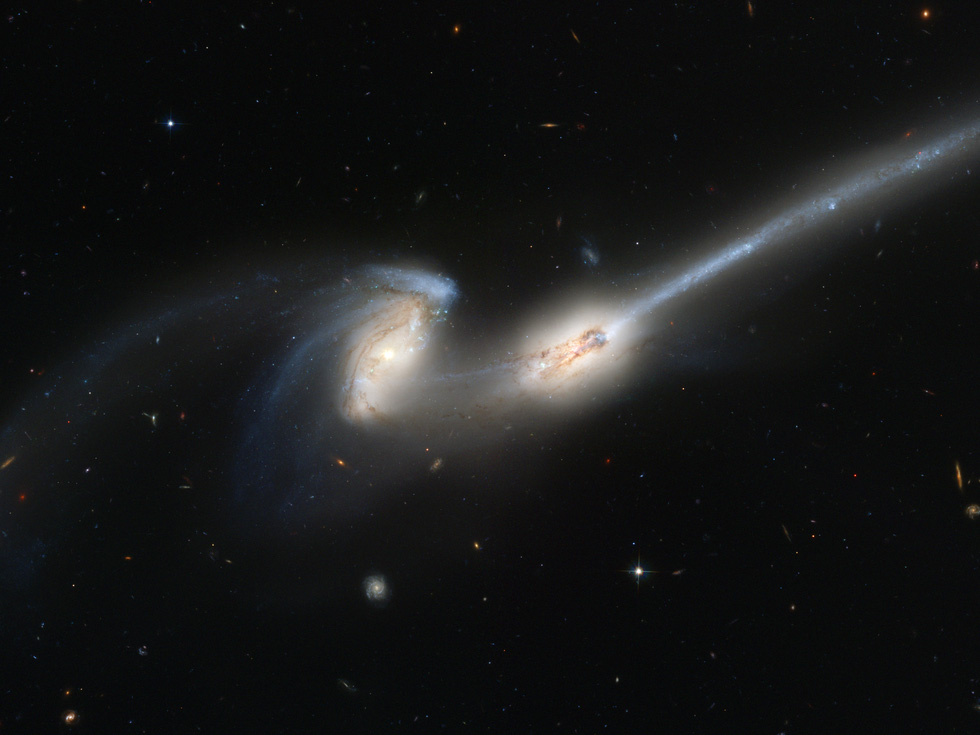 2 galaxies sweep past each other to form galaxy NGC 4676 – Photo: NASA