“27 Vietnamese films have been released from the beginning of the year to the present. And only 7 of them have had positive sales, including popular names. Super Easy Job, House Not For Sale, Ghost Story Near Home, Hundred Billion Key Key, Players Aren’t Afraid Of Falling Children, Brilliant Dark Night, You And Trinh. The rest, all fell into a loss to a heavy loss.” That is the overview of Mr. Thai Duong, Marketing Manager of Lotte Cinema about Vietnamese movies 2022.

However, looking at this dismal number, directors, producers or theaters do not think that Vietnamese films are backward or excluded from the game by foreign films. On the contrary, they believe that at home, the audience still supports Vietnamese films. This may just be a period of cinematic stagnation, due to the remnants of two years of the epidemic. 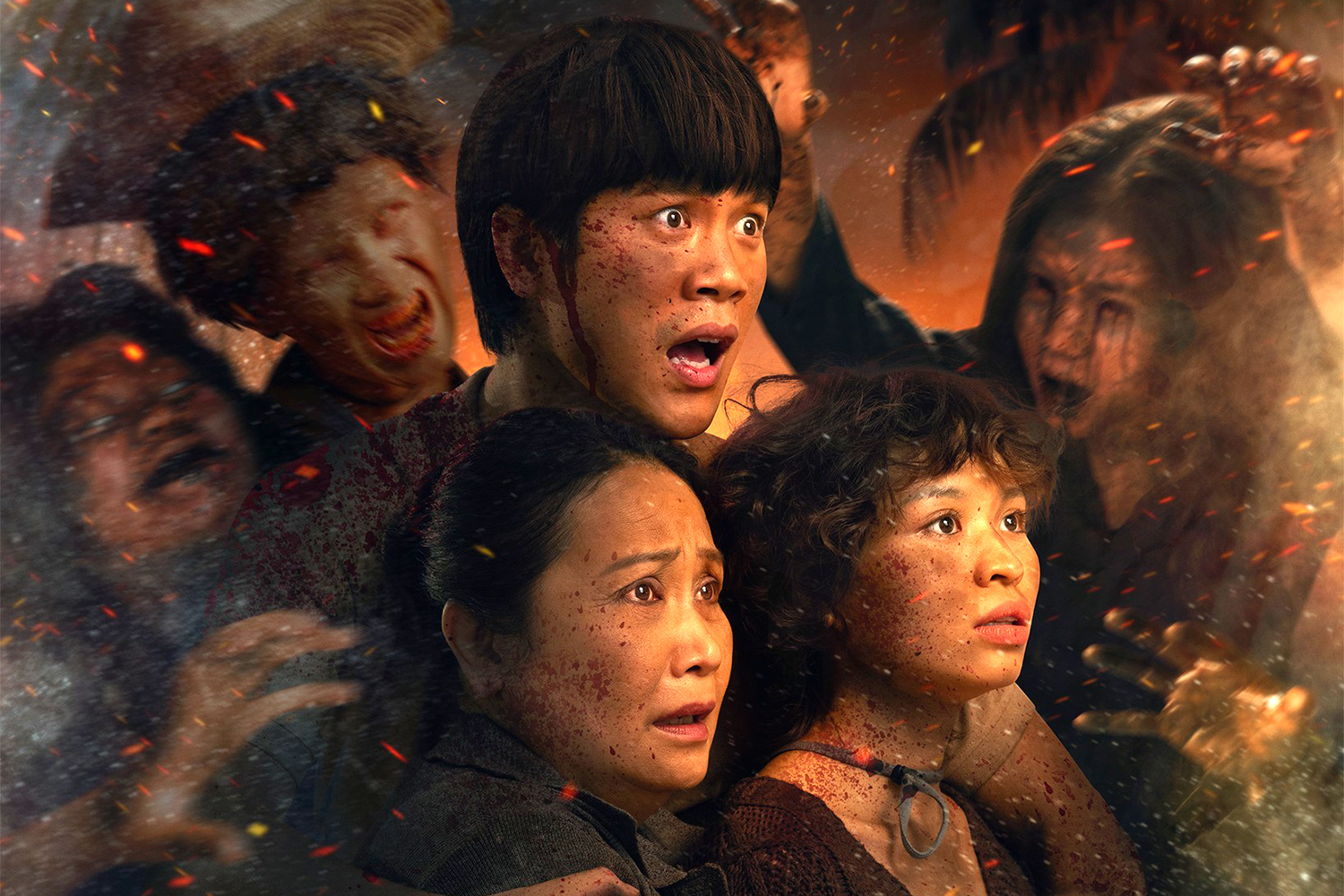 Zombie Island just pulled out of theaters on September 24. The film was criticized by the audience for its absurd script.

The picture of Vietnamese and foreign films in recent years clearly shows two areas of light and dark colors. Suddenly Win the Lottery currently earns 71 billion, Back In Time To Love You nearly VND 80 billion, according to data from BoxOffice, an independent ticket observer.

Two comedies from Korea and Thailand, according to experts, are not necessarily excellent works, nor do they have the presence of famous names, attracting a large number of fans in Vietnam. In Korea, Suddenly Win the Lottery attracted about 3 million viewers. Meanwhile, a movie that is rated as a blockbuster of the land of kimchi must reach 10 million views or more.

Therefore, the explosion in revenue of these two foreign works surprised theaters. Mr. Thai Duong acknowledged the high turnover of Suddenly Win the Lottery hay Back In Time To Love You beyond the expectations of the theater.

According to the explanation of Lotte’s representative, these two works are attracted by interesting, humorous and highly entertaining scripts. In particular, the subtitles catch the trend, attracting young people by breaking the previous traditional translation.

“The translation of these two films has surpassed the stereotype. The translation team not only translates literally, but also uses the language of young Vietnamese audiences, thus making them like and laugh a lot,” said Mr. Duong.

Super product Avatar re-screening after 13 years also earned 13 billion dong. Currently, along with Back In Time To Love You, Suddenly Win The Lottery, Avatar belongs to the trio of films that top the box office revenue in Vietnam. 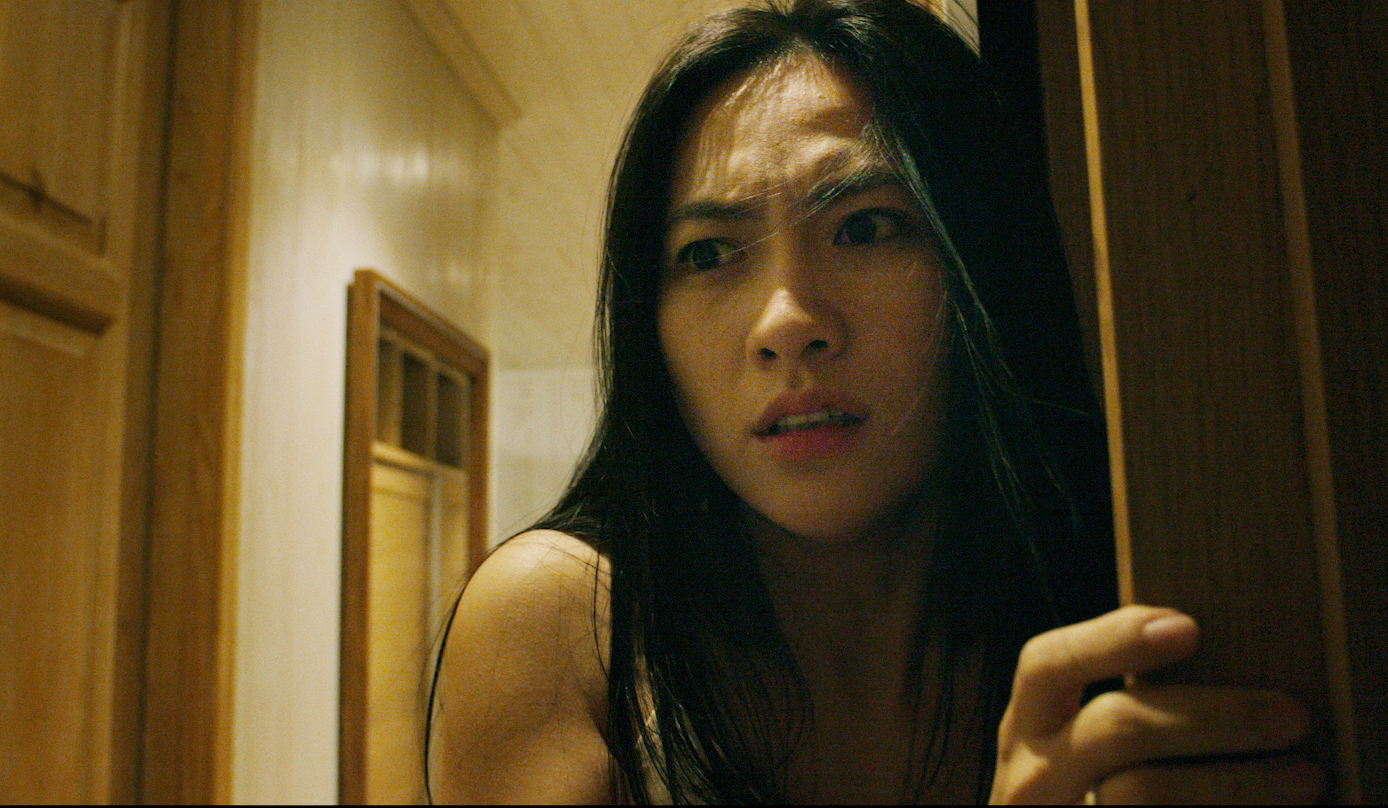 Phuong Anh Dao’s acting is the bright spot of No Face Murder, but the film still fails because of the old plot and many errors in the script.

In the opposite direction, Vietnamese film revenue is quite poor. Right from the beginning of the year, Tet film revenue has dropped deeply. 5 Vietnamese films, of which 3 have the best revenue, including House Not For Sale, Sweet Trap, Hundred Billion Keys, only collected about 30 billion VND in 3 days of Tet. This number is many times lower than Crab Back to My Wife released on Tet 2019 – collecting 50 billion after 3 days of screening.

After that, in turn, 26 Vietnamese films were released, the theater only recorded a few names with positive sales such as People Play Not Afraid of Falling Children, Bright Dark Night, Super Easy Job, Me and Trinh. These are films that have earned 20 billion VND or more, but none have exceeded 100 billion VND. The film by director Phan Gia Nhat Linh alone reached nearly 100 billion, but still only stopped at breakeven because the production investment capital was up to 50 billion.

Losing films form a long list, there are films that only earn a few hundred million to more than a billion dong. The names that have fallen at the box office so far have mentioned Lover, High Conspiracy, Zombie Isle, Faceless Murder, Death Game, 578: Madman’s Bullet, Whisperer, Third Person…

According to director Bao Nhan, the Vietnamese film in 2022 has gone 2/3 of the way and the picture appears quite bleak. The long list of loss-making films partly shows the slowdown of the movie market after two years of the epidemic. This situation, according to him, happens to the whole world, not just Vietnam. “It’s just that Vietnamese films are not strong enough, so it’s easier to reveal weaknesses and lose breath,” the male director said.

Limited capital for film production has existed in the Vietnamese film production world for many years. Currently, the investment figure for each Vietnamese film has increased more than before, about 20 billion VND/film. Therefore, to break even, the film needs to earn more than 40 billion dong. If the film is not attractive enough to convince viewers, 40 billion is a far-fetched number. Movies that have been ignored by viewers in the past have only collected about 1 billion dong, which means that the producer lost all the money invested. 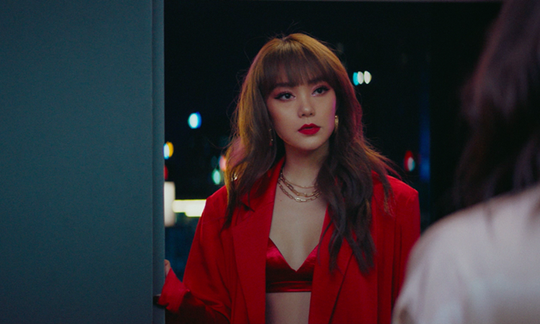 The film Sweet Trap is one of the few Vietnamese films with high turnover.

Producer and director Nhat Trung acknowledged that the revenue of Vietnamese films this year decreased partly due to an objective factor – the impact of the epidemic. According to him, most of the works released in the past time were produced 1-2 years ago and had to be rescheduled many times. That leads to the story, the topic is old, not to mention the promotion and marketing strategy to reach the audience with difficulties.

Also because of the translation, many famous directors, who had 100 billion movies, did not participate in this year’s game. “In Vietnam, there are 12 directors with hundreds of billions of movies, but in the last 9 months, only Vo Thanh Hoa and Phan Gia Nhat Linh have participated. The films of these two directors have not exceeded hundreds of billions of dollars, but they are drawn to win. Currently, most of the famous directors are starting to shoot new films, “said Nhat Trung.

For Mr. Thai Duong, in 2022, many Vietnamese film producers choose the horror genre, so this is also a limitation compared to comedies like Suddenly Win The Lottery, Back In Time To Love You. While comedy has a diverse audience, covering many ages, horror movies are often labeled 13+ or 18+.

“The horror genre used to be a trend in 2019 but now it is no longer hot. Or this time may be too much horror, the audience wants to be entertained with comedies more,” he explained.

Director Bao Nhan said that comedy has a land to use martial arts because the audience always loves this genre when they need to find entertainment after the pressures of work and life. 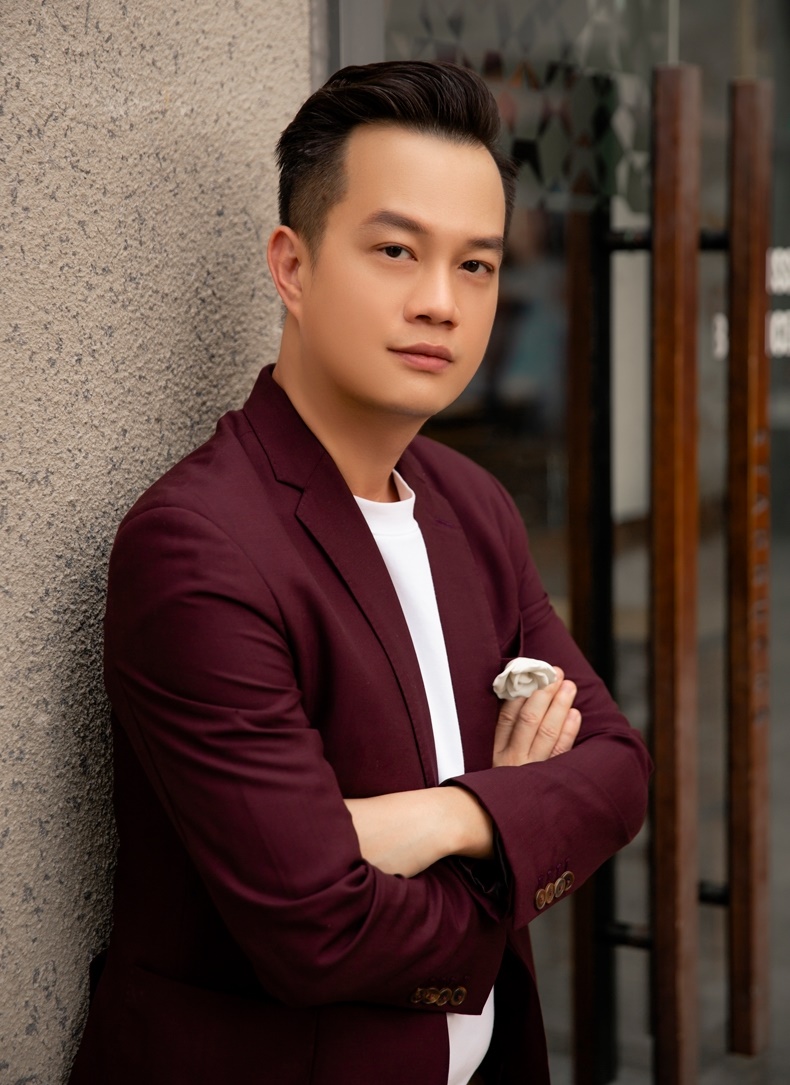 Director Bao Nhan said that the film’s loss is not as worrying as the affection, the audience’s trust in Vietnamese films has decreased.

From the box office victories of two foreign films at the present time, Lotte’s representative shared, “There are many reasons to explain the failure, but filmmakers should understand that when the majority does not support the film, it means that the film is not. We make movies for the mass audience, not for theaters or people in the industry. Filmmakers need to refer to foreign films about the script, how to handle it to have a good orientation, create hit movie”.

Are heavy-hole movies a disaster?

Looking at the decline in movie revenue in 2022, director Bao Nhan said that those numbers are not as worrying as the audience’s affection and trust in Vietnamese films has decreased. However, according to him, should look at the positive side that the market is difficult, there are still projects with good revenue.

The director emphasized: “You and Trinh still have a revenue of 100 billion. That is an undeniable bright spot. It proves that Vietnamese audiences do not turn away from domestic films. As long as there are good and attractive films, the audience will be satisfied. ready to go to theaters to enjoy”.

Sharing the same opinion, Lotte’s representative affirmed that Vietnamese audiences always support Vietnamese films. This is reflected in the top grossing movies of all time which are all domestic products.

“With only two foreign films winning the last revenue, it is not correct to say that the audience is born abroad. It is important that the work matches the needs and preferences of the audience. Vietnamese films have great advantages compared to foreign films. audience is not distracted reading subtitles. Audiences 30 years and older, reading subtitles is a hindrance to the cinema experience. Besides, the close culture makes the audience feel the atmosphere of the movie better. I believe that as long as the film is good, the audience will go to see it, even on weekdays”, Mr. Thai Duong affirmed.

Similarly, a representative of Lotte said that films with heavy losses are not synonymous with disastrous quality. According to him, when the projects are launched, they are the efforts of many people. And when investing tens of billions of dollars, no one wants to make a disaster movie, to receive a bitter loss. Therefore, the film’s loss may be because the producer or director does not understand the psychology of the audience, the skills are still limited or the timing is not right, the script is still flawed.

Among the films that lost money, he said, The Whisperer, Maika are the works of veteran directors, taking care of the script and every angle. 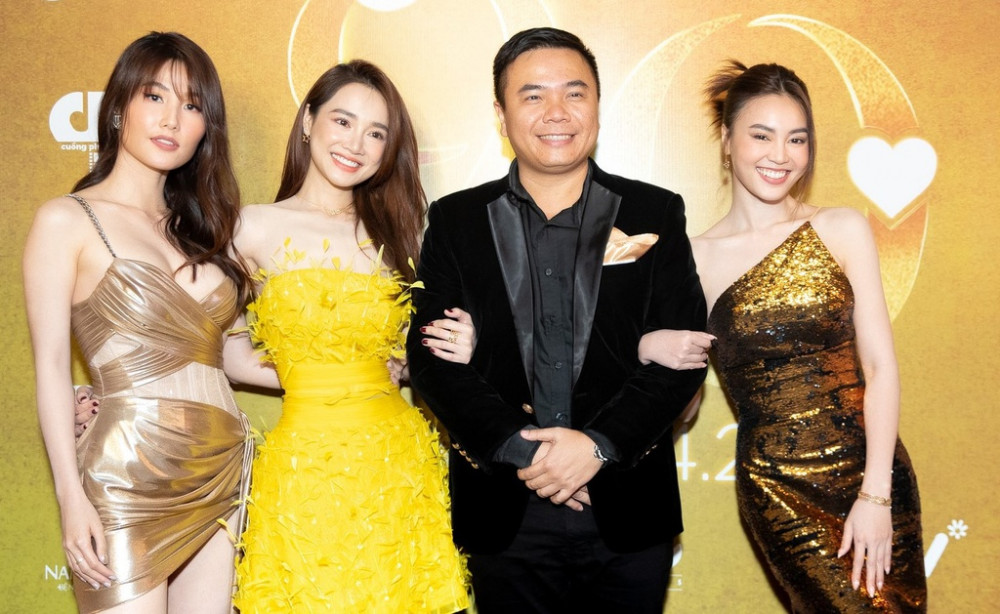 Directed by Nhat Trung and the star cast of the 1990 movie.

Mr. Thai Duong shared: “It is necessary to frankly assess that Vietnamese films are lagging behind other countries and cannot be compared with foreign films. Other cinemas have had to strive, rise and develop before Vietnamese cinema. For a long time. And in order to have the development like today, they also went through a period like Vietnam. Therefore, theaters always have a preference for Vietnamese films, looking at movies in a positive way.”

Director Nhat Trung also does not think that the gloomy numbers are sad. He said that Vietnamese cinema is on the rise. “In 2023, when hundreds of billion-dollar directors release new films, Vietnamese cinemas will certainly be more exciting. The Vietnamese film market still has a lot of potential, it’s just that we understand and explore it,” Nhat Trung said. speak.

In October, Vietnamese cinemas will have 3 premieres, including Girl From The Past, Ten: The Curse Returns, Dac Island: Mother Goddess Thien Linh Cai. Two of the three movies have their own hit season 1 Girl From The Past directed by Bao Nhan with the participation of Lan Ngoc, Kaity Nguyen. Therefore, the three films are expected to bring a new breeze, dispel the gloomy atmosphere of Vietnamese films in the past time.