Regarding the case that the birth mother broke her son’s thigh bone in Quy Son commune, Luc Ngan district, Bac Giang province, on September 23, the Luc Ngan district police said that this unit had summoned people related to the incident. events, including the boy’s mother to work. 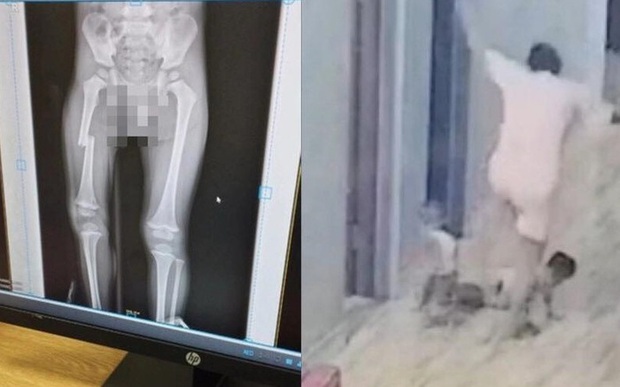 The baby broke his femur after being kicked by his mother.

“The incident happened from June 20, so far the victim has recovered and can walk normally,” the representative of Luc Ngan District Police informed.

Also related to the above incident, the leader of Quy Son commune said that in the locality, the couple only worked in the fields, so the situation was relatively difficult.

“The cause of the baby’s mother’s broken thigh bone reported by the family was that the child had lost his mother’s car keys. Through capturing information from the commune police, this was anger. moment of the mother, not the child being regularly abused. We will take deterrent measures against this woman”, the commune leader said.

On September 22, on the social network Facebook spread a clip recording the scene of a woman kicking a boy’s thigh, causing the victim to break his leg. The incident is said to have happened in Quy Son commune, Luc Ngan district, Bac Giang province.

Currently, the Luc Ngan District Police are consolidating the file to handle the incident.