Episode 58 of the show Perfect Confession, the new version that has just aired, has brought the audience many interesting experiences. With a full cast of “excellent products”, in which the girls are the presence of 5 “beauties”: Tran Van, Jenna Anh Phuong, Lan Huong, Phi Linh and Phuong Dung. On the other hand, there are 5 “male gods” who are both talented and funny: Otis, Hai Dang Doo, Duc Anh, Phuong Dong and Luc Tran. 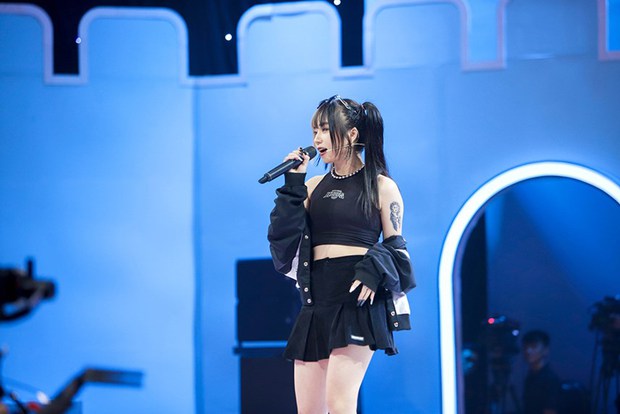 After the exchange between people “in the house” with each other, 2 vlogs introducing the female lead were broadcast, making the whole stage of Confession perfect like “exploding”. The first female lead is Tran Huyen Diep – 20 years old, from Hanoi. This is a girl with a very “cool” appearance, hip-hop style and especially likes to rap and write music. It is these characteristics that make the boys see Huyen Diep as a copy of Hai Dang Doo and firmly believe that this guy is the one to whom the female lead wants to confess.

When I look at this girl, Otis immediately thinks of Hai Dang Doo, very similar in frequency”, added Otis, while Hai Dang Doo firmly believed that the female lead would not come for her because she was “fooled” by the program. many times. 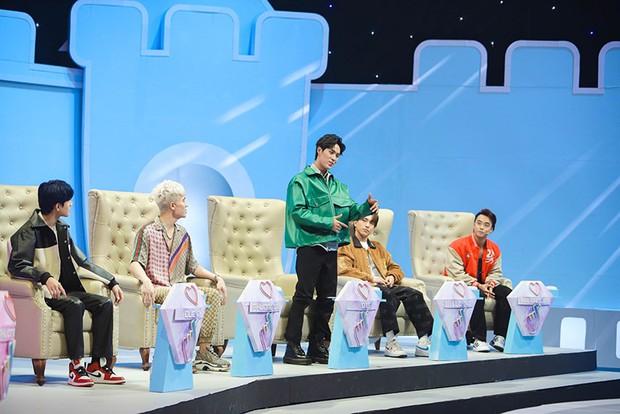 When Huyen Diep stepped out with an extremely “cave” outfit, highlighted black and white hair, and performed the song “Vietnamese girls go to the bar” composed by herself, she made the cast scream and scream. because of too much quality.

MC Lieu Ha Trinh also has to admit that she hosts the program through many broadcasts, but Huyen Diep is the most personal female lead she has ever met. Not only that, the female MC also found her very similar in appearance to a classic character, Harley Quinn. “I was very surprised when you came here because the boys on the show are still too kind compared to the energy you bring,” the female MC shared.

However, through learning about keywords, in contrast to Huyen Diep’s “bad-girl” appearance, people realized that this is a very obedient, polite, mature and shy girl. 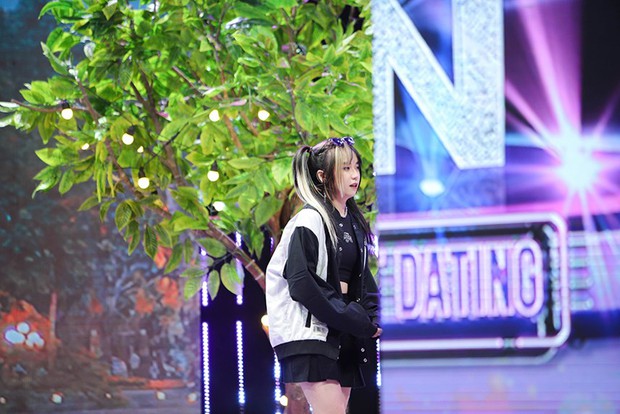 Huyen Diep has experienced turbulent days by the online community

Besides, even though she is only 20 years old, she has experienced many unhappy things that make this girl force herself to become stronger. The first time she released a music product, Huyen Diep had to receive countless bricks and stones from the online community. They cursed, criticized and cursed her not to live in the world, even someone called to ask her how much money a night. But hurt and shame made Huyen Diep many times not want to live anymore. However, thanks to the encouragement of her father and some friends, the little girl who was not yet 20 years old was able to overcome that terrible shock. 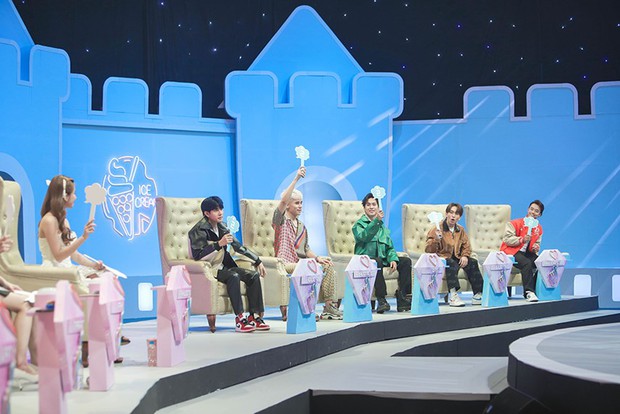 Receiving much love from the cast, Huyen Diep easily stepped into her confession when receiving 8/10 “votes” in favor. And the cast “turned the car around” thinking that the man who made the female lead’s heart flutter was not Hai Dang Doo but Otis when both had too many “hints”.

However, Huyen Diep revealed that the “crush” she was looking for was Hai Dang Doo, not Otis. This surprised everyone. 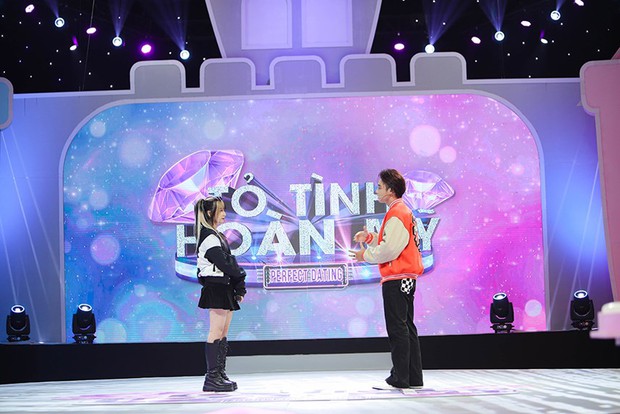 Although he knew Huyen Diep before, Hai Dang Doo was still very surprised when the person confessed was him

Unexpectedly becoming the male lead, Hai Dang Doo repeatedly asked Huyen Diep if it was real or not. The reason he found it so hard to believe was because the two knew each other and the fact that the female lead on the show Hai Dang Doo also knew before.

With the background of a small street on Hang Khay Street, next to Sword Lake – where Huyen Diep and Hai Dang Doo first met, their memories suddenly rushed back. And from that meeting, Hai Dang confirmed that the word “bad-girl” that the female lead always mentioned was just a person in music, and Huyen Diep was really a very good, polite and cute girl. 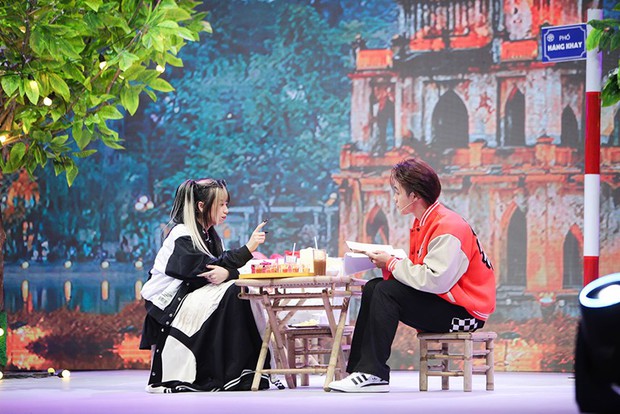 The scene of confession is a cafe on Hang Khay Street, Hanoi

Sharing about why she loves Hai Dang Doo, Huyen Diep said that during the time when she was stoned by countless people, he comforted and encouraged her a lot. However, at that time, the female lead only thought it was just a social message, but after knowing more about Hai Dang’s family and personality, she made her believe that his words of encouragement were sincere. And it was his warmth and joy that made Huyen Diep’s heart flutter. Hai Dang also shared because he knew the real person of the female lead, knew that she was just a small girl, in need of care and love, so he sent her encouragement at that time. 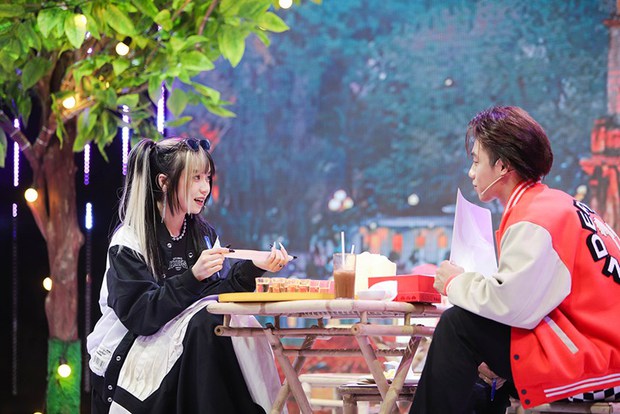 Although she mustered up the courage to fly from Hanoi to Ho Chi Minh City just to speak her heart, the female lead still could not overcome her fear. “I am not liked by many people on social media, so I am afraid that after the broadcast, you will be affected because of me. But I hope everyone will understand my feelings and love you more because you deserve it”, the female lead emotional confided. The female lead’s share not only made Hai Dang Doo sympathize but also made the audience’s heartache. 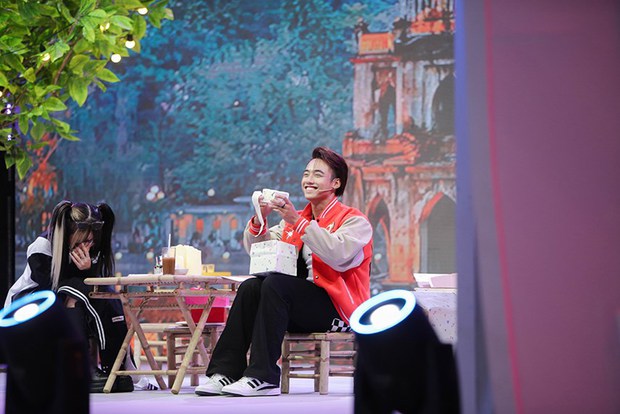 With fun stories, funny “hearing” sentences, rapping battles or the moment when Huyen Diep blew out the candles to celebrate her 20th birthday with Hai Dang Doo, it became a beautiful memory for both of them. And the female lead said that even if she couldn’t bring Hai Dang back, she felt that this happy time was more than enough for her. 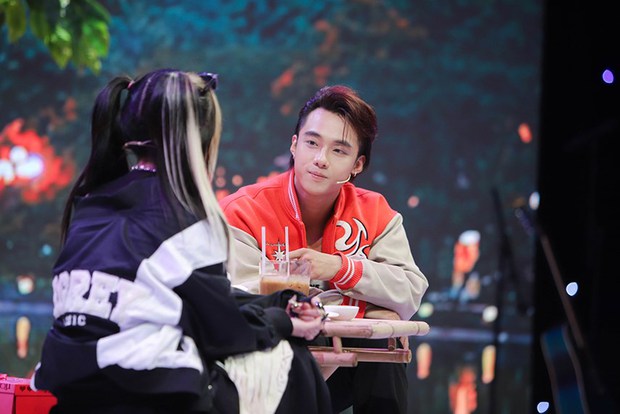 At the decisive moment, face to face with Huyen Diep, Hai Dang Doo frankly confided: “I have not yet felt the love from my side for you”. Before her crush’s rejection, the female lead said that she had already predicted it, but still wanted to make her feelings clear once. And after this confession, she hopes the two are still good brothers. After saying that, the two made the gesture of “cuffing” each other’s hands and gave each other a close hug before leaving.

The show Perfect Confession is broadcast at 19:30 every Friday on the YouTube channel Perfect Dating. 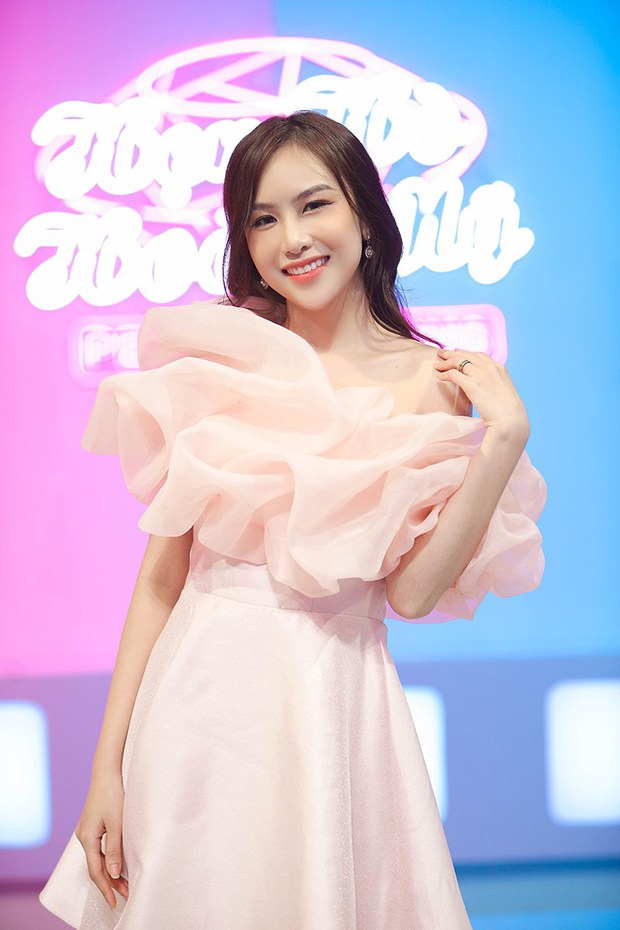 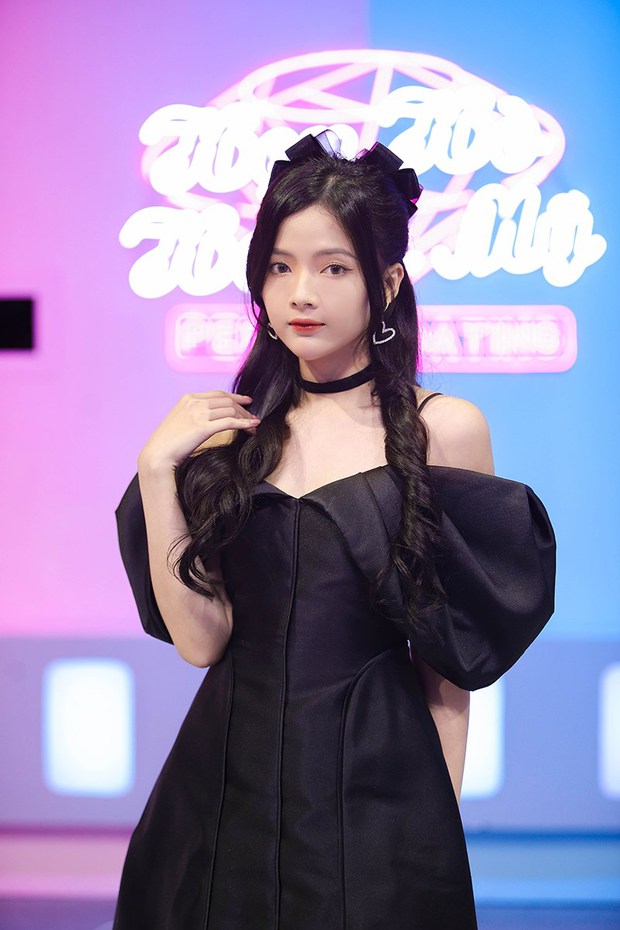 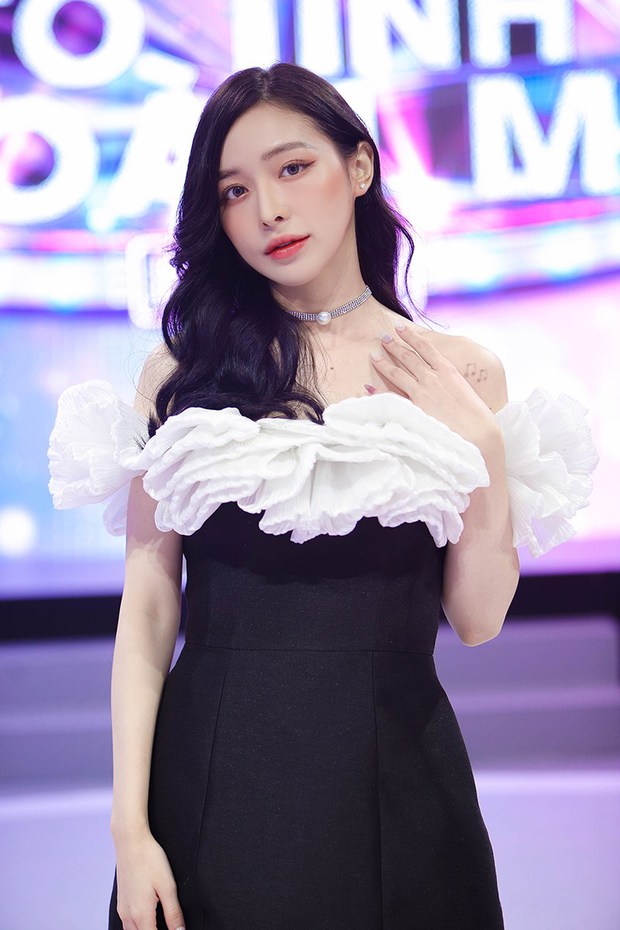 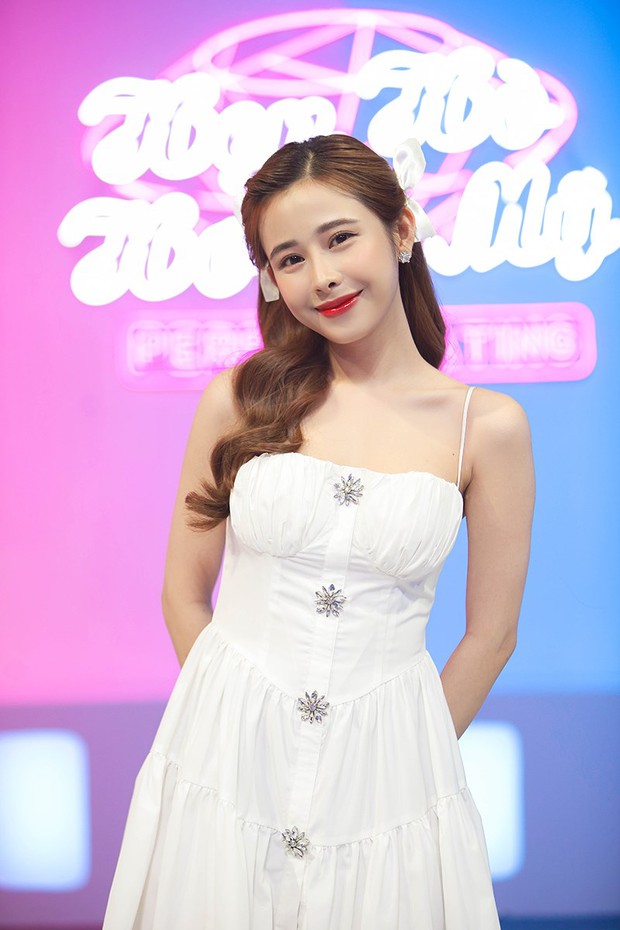 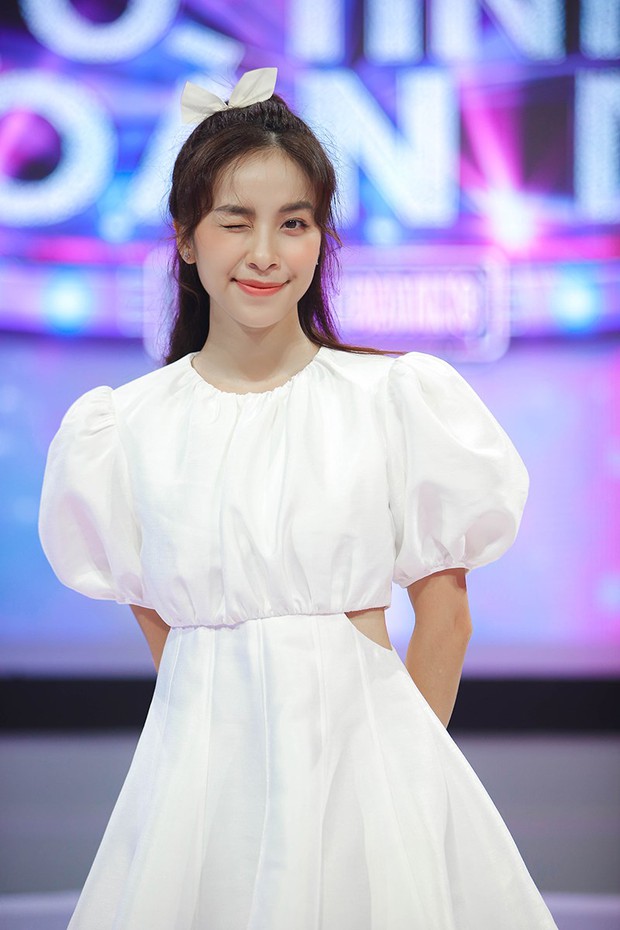 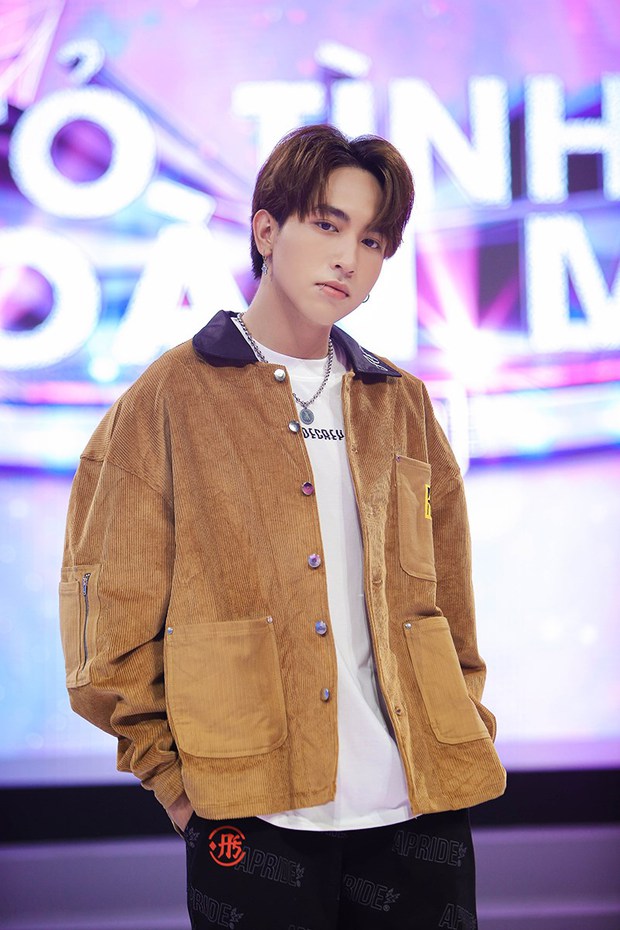 The only new male face of the show, Luc Tran