The film focuses on the relationship between two family men played by People’s Artist Trong Trinh and Meritorious Artist Chi Trung, promising to bring many funny and fun details. After episode one aired, it received quite positive feedback from viewers.

However, many viewers expressed concern that the film would go into the “head and tail” path of Vietnamese films as well as prolong the duration to earn advertising profits.

Allergic to long but bad movies

In recent years, Vietnamese films have gradually won the hearts of the audience with many attractive projects such as Living with mother-in-law, Judge, Go home, children, Rose on the left chest, Sunflower against the sun, Taste of love, Loving the sunny day, 11 months and 5 days, The season of flowers is found again…

However, most of these are considered to have a good, dramatic opening, but the later they become more and more lengthy, rambling with many absurd details and faded endings.

Typical movie The taste of friendship Directed by Nguyen Danh Dung. This is a project that is Vietnameseized from the work My only one Korean. Initially, the series was scheduled to air 120 episodes but ended up ending in episode 136.

The taste of friendship set a “terrible” rating record during half a year of broadcasting, but this is also the most controversial drama in terms of content, film details and actors’ acting. 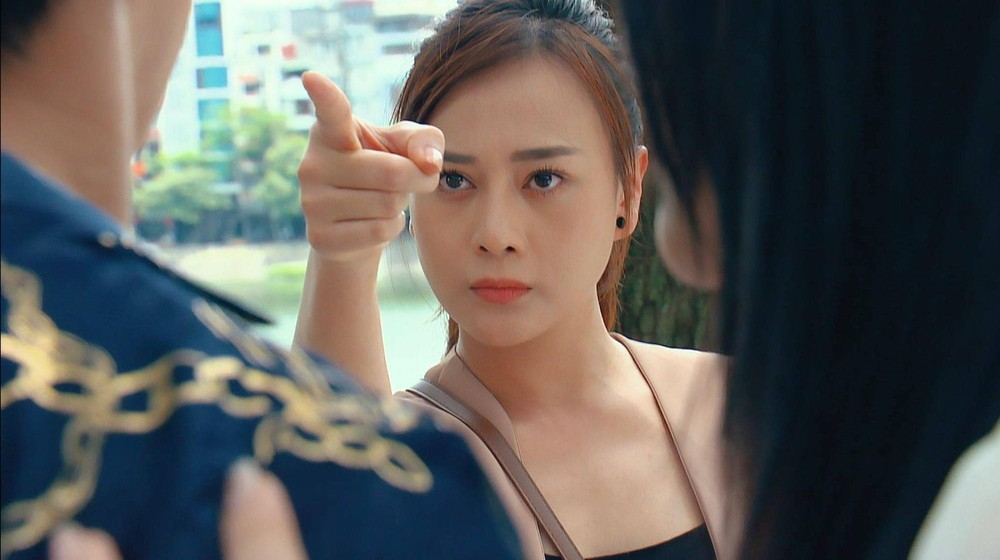 If part 1 is attractive, logical and attractive, in part 2, the content is spread and stretched, causing boredom for the audience. The love story of the couple Phuong Nam (Phuong Oanh) and Long (Manh Truong) is long, seemingly without an end.

Movie Apple tree blooms also in the same situation. Although it lasted more than 20 episodes than expected, the film was disappointing because the plot later dragged on and ended so quickly and superficially that it was difficult to understand.

Or the most attractive movie project of recent times, Love the sunny day also inevitably rambling, drifting into the construction of stories and characters to prolong the duration. Entering the second part, the film mainly revolves around the family conflict of Khanh – the eldest daughter of Mrs. Nga (the meritorious artist Thanh Quy).

Khanh (Lan Phuong) is constantly pushed into tragedy, from having to pay debts on behalf of her sister-in-law to being tricked into a rape trap. She was scolded by her mother-in-law, while her husband insisted on a divorce and fell into despair and impasse. At that time, the screenwriter Love the sunny day received countless criticisms and criticisms from the audience because the focus of the film was on the character Trang (Huen Lizzie) and her journey to find her biological mother. 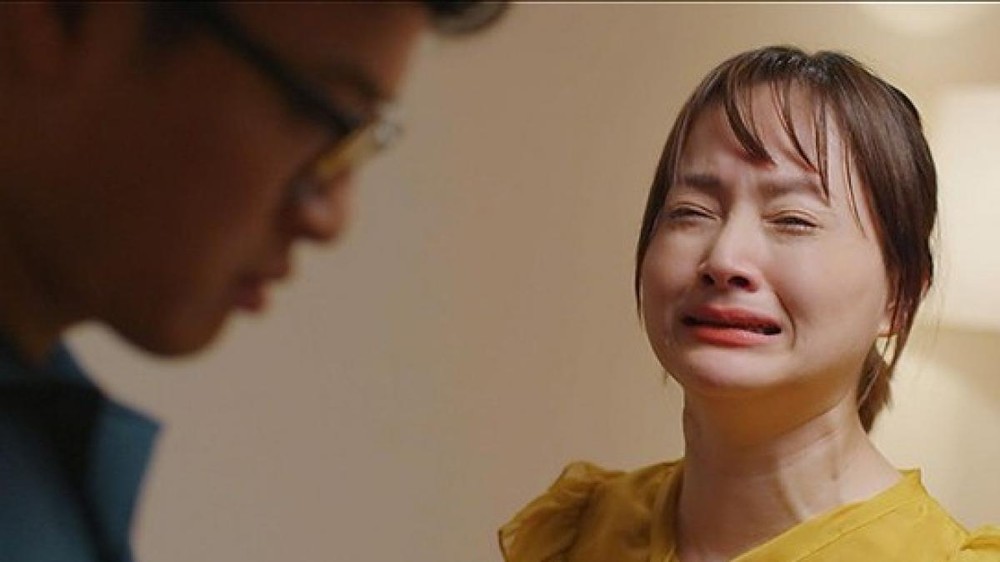 Until the movie Happy Garage The broadcast also caused outrage when it brought healing messages, but the characters constantly fell into a whirlpool of tragedy, with no way out. The content of the film is increasingly rambling, the fun and gentle details gradually disappear, replaced by a slick, confusing drama. Viewers of the movie think that the feeling is like being cheated by the movie titled Happy Garage but all unhappiness, suffering.

It is no longer strange that Vietnamese films extend their duration with rambling content later. Many people believe that the station deliberately “smeared” it out to earn advertising profits. It is not unreasonable when films with high coverage have brought in “huge” revenue.

According to the calculation from the advertising quotation of the Center for Television Advertising and Service of VTV (TVAD), the movie Go home baby brought in 155.5 billion dong of profit from advertising sales in 85 episodes, excluding side stories and other forms of advertising such as running banners or using movie script content. 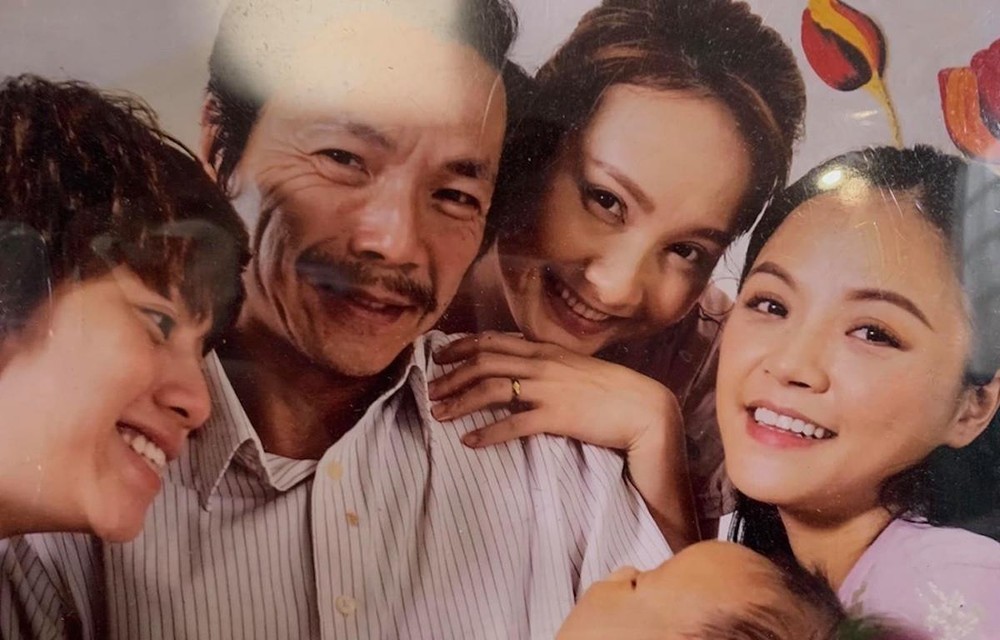 This number is not surprising because movies cause “storms” like Judge, Living with mother-in-law, A lifetime of resentment also earned more than one hundred billion dong from advertising.

Judge once achieved a record in advertising price with 220 million VND for 30 seconds TVC. Thus, with 10 minutes of advertising in this movie, the station can earn more than 4 billion VND. With 47 episodes, the profit from advertising far exceeded the figure of VND 100 billion.

Or the movie A lifetime of resentment with 72 episodes also brought the station an amount of more than 150 billion dong.

Similarly, due to the attraction right after the first episodes aired, The taste of friendship more and more abuse of advertising before, in the middle of the broadcast time frame. Fans pointed out there were 3 5-second commercials, 9 15-second TVCs, 2 20-second clips, and 5 30-second clips. The amount of time spent on ads is roughly the same as the duration of an episode.

However, VTV has made a profit of more than 1 billion dong per episode. Therefore, when the film drags on with absurd details, it is not surprising. That is also what makes the audience worried about Vietnamese films in the future.

If Korean movies are usually limited to 12 to 20 episodes with condensed and concise content, Vietnamese films are the opposite. Some experts say that Vietnamese films often have a long duration because that is enough for the screenwriter to have an income and the producer to get back the investment and profit from advertising.

However, if profit is put first without caring about the quality and content of the film, leading to the situation of “elephant head and mouse tail”, Vietnamese films gradually turn viewers’ backs. As the domestic and international film market is increasingly invested and created, producers need to focus on the audience.

Vietnamese dramas are holding a high market share, but if this situation continues, it will lead to the obvious result: The audience flees!