Coach Nishigaya Takayuki decided to launch both stars Irfan Fandi and Ikhsan Fandi on the field from the start. And this helps the Singapore team to play better.

Immediately after the ball rolled, the Southeast Asian team continuously created finishing opportunities, while the Indian defense was somewhat confused. This is surprising because on the FIFA rankings, India is ranked 104, 55 places higher than Singapore. 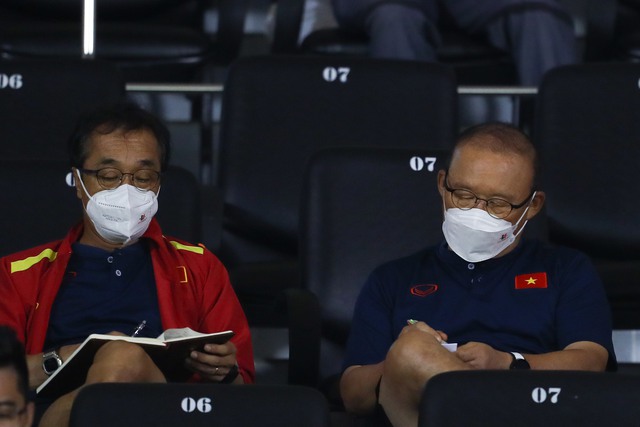 With a height of 1m84 with the ability to press and good technique, Ikhsan Fandi is constantly cornered by his teammates. One of the most notable situations took place in the 25th minute. Goalkeeper Sunny hit the ball right away and hit an Indian player, but his teammates managed to rescue him, creating conditions for Irfan Fandi to open the ball to launch a counterattack.

Swandi opened the right wide for Stewart to cross, opening the door for Ikhsan Fandi to head. Fortunately for India, goalkeeper Sandhu was able to use his foot to break the ball on the goal line. 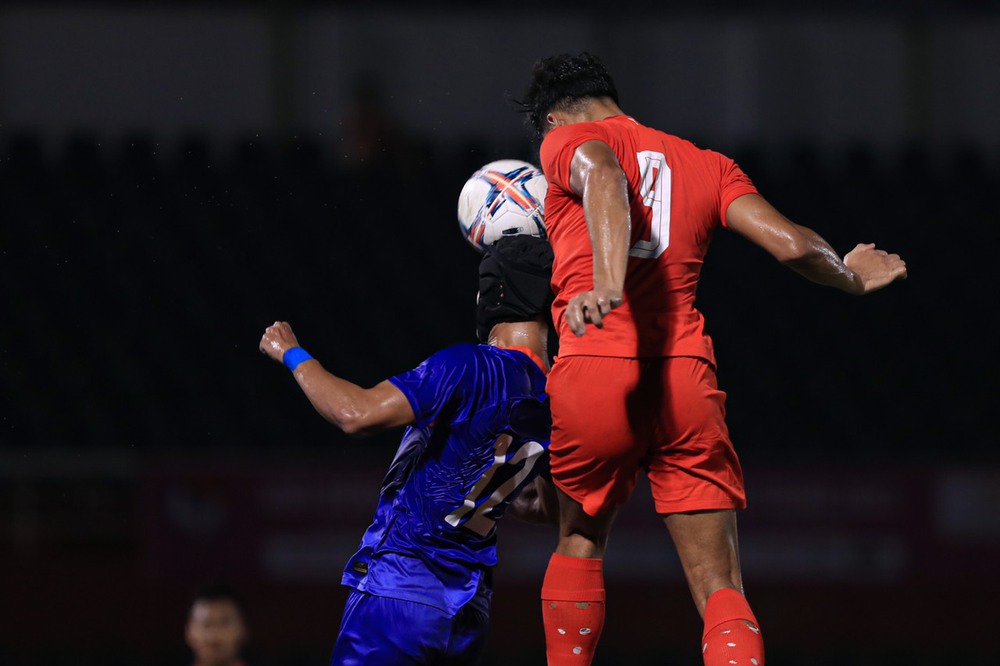 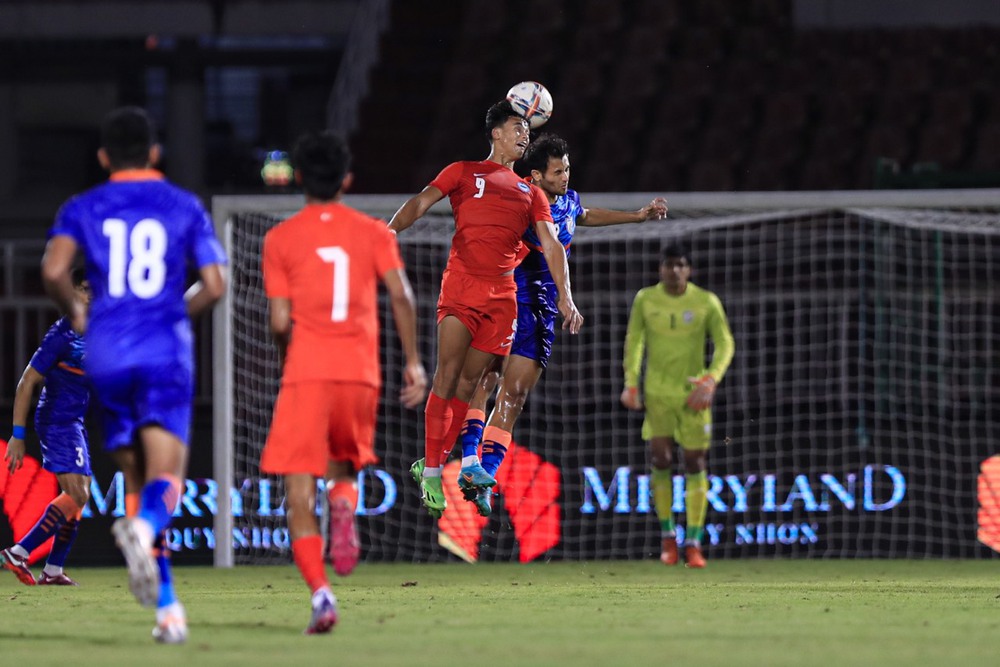 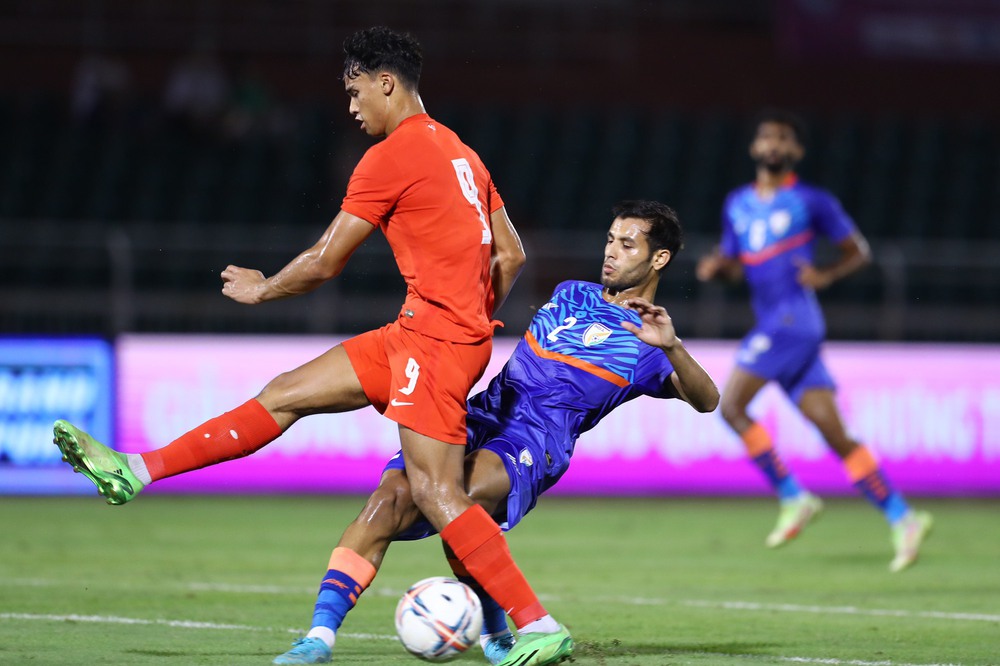 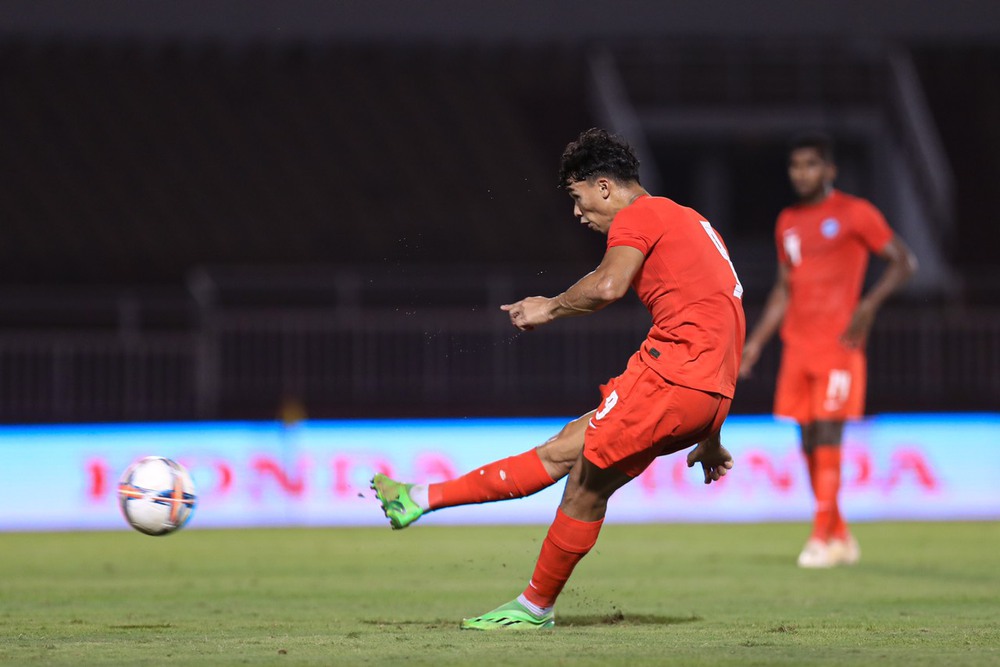 But then in the 37th minute, India’s net had to shake. Ikhsan Fandi’s free kick hit the barrier and changed direction, making goalkeeper Sandhu unable to stop even if he tried to fly. Singapore took the lead 1-0.

However, only 6 minutes later, India had an equalizer. Taking advantage of the broken pass of the Singapore defender, the legendary Sunil Chhetri passed the ball to Muhammed to escape to face the goalkeeper and score a 1-1 equalizer. 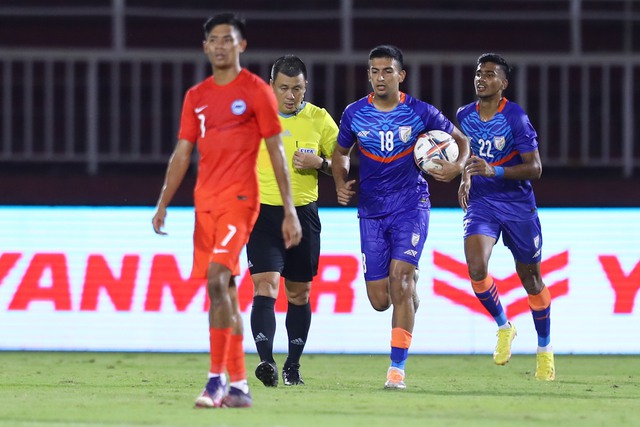 Entering the second half, the two teams in a row had tit-for-tat situations. The Indian defense continued to be confused in accompanying Ikhsan Fandi and many times let this striker stir.

However, in this half, India also played better to help reduce the pressure on the defense. Singapore was no longer on the ball as much as in the first half and even faced many dangerous shots.

In the 75th minute, India’s Colaco had the ball on the left wing, soloed in the middle before launching a right foot kick. The ball went tight and aimed at the near corner but unfortunately missed the post.

In the 86th minute, Mohammad Yasir tried to manage on the left side and then stretched into the penalty area. Thapa had a very good kick to leave the ball, but Pandita in the unmarked position was too careless and missed India’s good opportunity.

At the age of 38, Sunil Chhetri continues to contribute to the national team. He is currently the greatest scorer in the history of the Indian team with 84 goals. (Photo: Nhu Dat)

In the end, no team scored more goals and accepted a 1-1 draw. With this result, Singapore left the tournament with 1 point and a difference of -4. Meanwhile, India will be forced to beat Vietnam in the last round on September 27 to be able to win the championship.

As for teachers and coaches Park Hang-seo, only a draw will help the team to be crowned right at home. However, with the support of the home audience, the Vietnamese team certainly wants to close the Tam Hung Cup with a victory.