The Daily Mirror on June 10 reported that scientists have finally found the ancient town known as “England’s Atlantis” that sank under the sea 650 years ago. The medieval town of Ravenser Odd, sometimes called Ravensrodd, is located in East Yorkshire.

It was once a thriving port town on the sands at the mouth of the Humber River before it was abandoned, then destroyed, and swallowed up by the North Sea in a great storm in 1362.

The sunken town, known as the Atlantis of Yorkshire county in particular and England in general, used to be the main stop for fishing boats and freighters at the mouth of the Humber River.

Historians and scientists believe it lies on the seabed about a mile off the Yorkshire coast. But a new search closer to shore discovered rocks and stone sculptures just meters above the water. 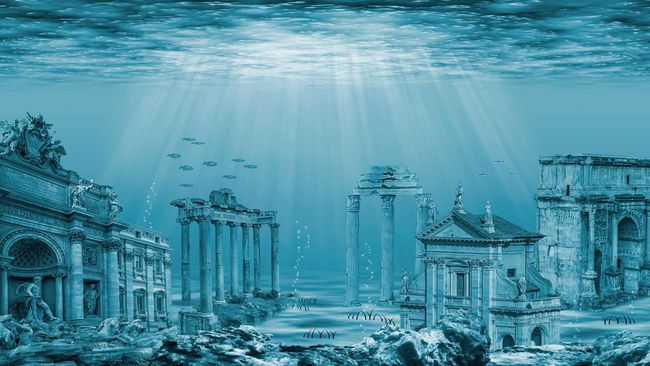 Scientists have even used a high-resolution sonar system that could help locate the missing town walls. And then, after years of effort, their hard work paid off.

Professor Dan Parsons, a geoscientist at the University of Hull, is currently leading the search. “It’s fascinating, exciting, exciting. The exact location of this medieval town has never been determined.” he told The Sun. “We now have the tools and cutting-edge technology to go out there and locate it once, for all.” 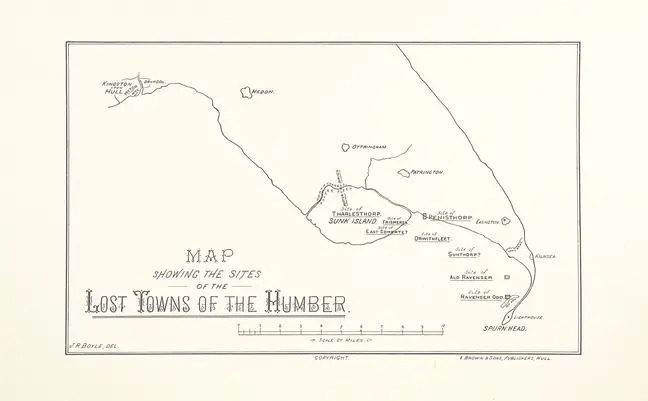 The map of towns on the Humber estuary lost to the sea includes Ravenser Odd.

The team hopes to find all of the town’s ruins, including its foundations, harbor and seawalls.

They will then be able to map and create 3D maps – which are used to send divers down to explore.

Experts say they now have all the data they need and will conduct an analysis of the undersea area in the coming weeks.

Historian Phil Mathison, who has spent 25 years of his life searching for the ancient town of Ravenser Odd, is excited about the find. “Finally finally found it, after a long time,” he said. “As if life’s work is done, I’m excited.”

Mr. Phil also explained why the discovery was “an extraordinary discovery”. Ravenser Odd was founded in 1235 and made a big splash, this was mentioned by William Shakespeare in his works “Richard II” and “Henry VI”.

The town’s name is derived from “hrafn’s eyr” (meaning crow’s tongue in Old Norse). The town was once of national importance with piers, warehouses, a court and a prison, a breakwater and a harbour.

Coastal erosion led to the town’s decline. In 1362, northern Europe experienced the powerful storm Grote Mandrenke or the flood of Saint Marcellus. As a result, the town was completely submerged under the waters of the North Sea.