On the evening of August 20, in response to PV VTC News, the leader of Chuong My District General Hospital (Hanoi) confirmed that there had just been a case of fake medical staff to kidnap babies at the hospital.

According to the leader of Chuong My District General Hospital, Ms. NTH (SN 1983, in Hoa Chinh commune, Chuong My district, Hanoi) was hospitalized and gave birth by caesarean section to a baby boy. Around 8pm on August 19, a woman wearing a white blouse went to check on newborns at the department. This person said that Ms. H.’s son has jaundice and needs to be treated and taken away. The baby’s grandmother saw many unusual signs, so she suspected she followed. 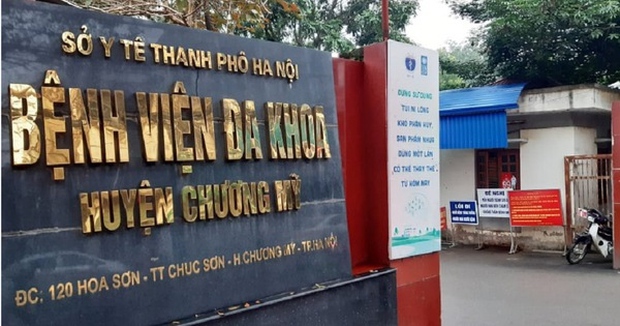 Chuong My District General Hospital (Hanoi) where the incident happened

After walking for a while, Dr. Nguyen Tien Thanh, Deputy Head of Obstetrics and Gynecology (Chuong My General Hospital, Hanoi) – who directly performed caesarean section for pregnant woman H. caught this guy. Seeing the stranger, not wearing a blouse with the hospital logo, Doctor Thanh immediately stopped asking and took the baby back from the kidnapper.

The woman was scared and ran away, but the security force arrested and handed over the police.