According to a survey of reporters, at the end of September 2022, the C-sized SUV model – Honda CR-V is receiving many attractive incentives and promotions at dealers. In particular, the Honda CR-V version E is entitled to a discount of 60 million VND in cash and the G version is reduced by 78 million VND. Not only discounting, customers who buy CR-V are also given many gifts and accessories such as leather glasses, floor mats, etc.

Currently, Honda CR-V is being distributed in Vietnam with 4 versions E, G, L and LSE with the announced listed prices of 998 million, 1,048 billion, 1,118 billion and 1,138 billion dong, respectively.

This is not the first time the Honda CR-V has slashed prices. Previously, this model was also regularly discounted with a discount of 75 – 120 million VND at dealers. However, the higher price than competitors in the same segment such as Mazda CX-5 or Hyundai Tucson makes Honda CR-V difficult. 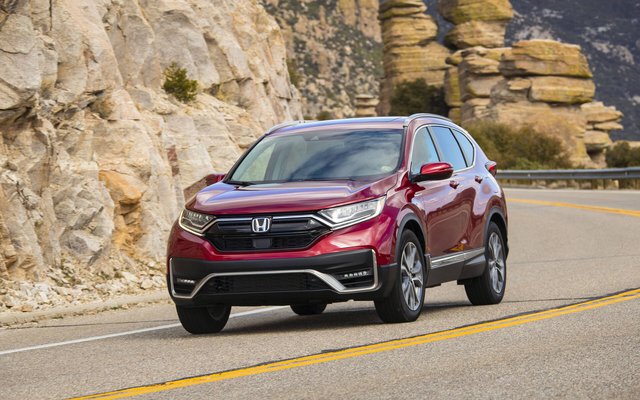 According to the sales report of the Vietnam Automobile Manufacturers Association (VAMA), by the end of August 2022, the Honda CR-V sold only 442 vehicles, while the CX-5 was 1,100 vehicles and the Hyundai Tucson. is 765 cars. In the first 8 months of 2022, the sales of Mazda CX-5 are 9,510 leading vehicles in the segment, Honda CR-V is temporarily in second place with sales of 6,844 vehicles and Hyundai Tucson is in third place with 5,275 car.

The Honda CR-V model sold in Vietnam was launched at the end of July 2020 and is reaching the end of the product life. The new generation of this model has been launched in several markets.

In terms of dimensions, the CR-V 2023 is 68 mm longer, about 10 mm wider than the old generation. The wheelbase is slightly more than 40 mm, thanks to which the rear seats add more leg room. The luggage compartment capacity is 745 liters, increasing to 2,166 liters when the second row is folded. The outside rearview mirror is placed on the door, reducing the blind spot of column A.

The next-generation Honda CR-V certainly won’t be an all-electric model. However, it is likely that the car will be offered with a plug-in hybrid powertrain (e:PHEV) to compete with the Toyota RAV4 Prime and Ford Escape PHEV. This powertrain will likely include the Clarity PHEV’s 1.5-liter four-cylinder petrol engine, combined with an electric motor for a total of 212 hp.

For the hybrid version, it is likely that the car will use a 2.0L 4-cylinder petrol engine combined with an electric motor to provide 212 horsepower as the current version. Power is transmitted to the front wheels or all 4 wheels through Honda’s e-CVT transmission.

Meanwhile, the base version is expected to continue to use the 1.5L turbocharged in-line 4-cylinder engine combined with a CVT gearbox in both FWD and AWD drive systems.