It is very common for children to go to school on their own. This has become a feature in the parenting style of the people of the land of the rising sun.

In Vietnam, most primary school students are picked up by their parents, but in Japan, they have to walk to school by themselves. In the land of the rising sun, you will see children wearing neat uniforms and caps going alone or in groups of friends to school without an adult accompanying them, the youngest is only about 6, 7 age.

If foreigners seem surprised, in the eyes of Japanese parents, these things are completely normal. In fact, letting children walk to school on their own is a simple but very important first step for Japanese parents to teach their children lifelong independence skills. 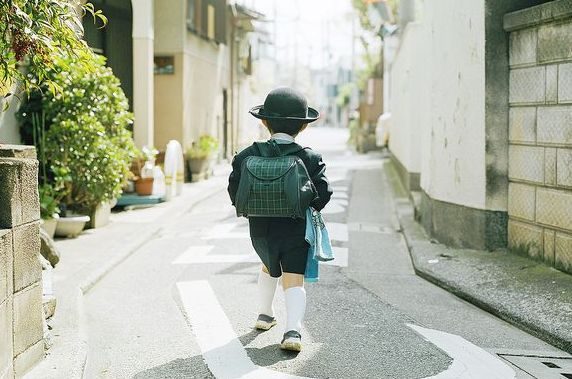 There is a popular reality TV show called My First Errand has been broadcast in Japan for over 25 years. The main content is to let children aged 3 and 4 get out of the house and complete some daily tasks assigned by adults. For example, going to a convenience store to buy things, going to the post office to deliver mail…

The program team used hidden cameras to record. So during the filming, the kids were completely unaware of this and what they showed on the show was the truest state.

Similarly, in 2015, Australian broadcaster SBS filmed a mini-documentary called Japan Independent kids. By comparing the schooling of children from two families in Australia and Japan, the filmmakers discovered characteristics of children’s independence in different countries.

The opening of the film is about a Japanese family with 3 members, parents and a 7-year-old daughter named NoeAndo. From the moment she woke up, Noe dressed herself, cleaned herself and combed her hair, after having breakfast, she went to the subway station and took the tram to school. The stop near the school she needed to get off was at Shinjuku Station. This can be considered as one of the busiest and most passenger-carrying subway stations in the world, especially during the morning rush hour.

Getting to this train station can take time for adults, let alone children, but Noe Ando’s mother has her own opinion on this: “If mom and dad were always there, she never would. learn how to solve problems on their own. If you get lost or get in the wrong car, you’ll have to find your own way. If you can’t find it, you won’t be able to go home.”

On the other hand, the Fraser family from Australia with 10-year-old daughter Emily still needs her dad to help tie her hair every day. Then he was transported to school by car. When she learned that Japanese children four years younger than her could go to school on their own, Emily was surprised and thought “that’s great”. She also said she will try to walk home from school on her own, but only hopes to do so when she gets to high school. 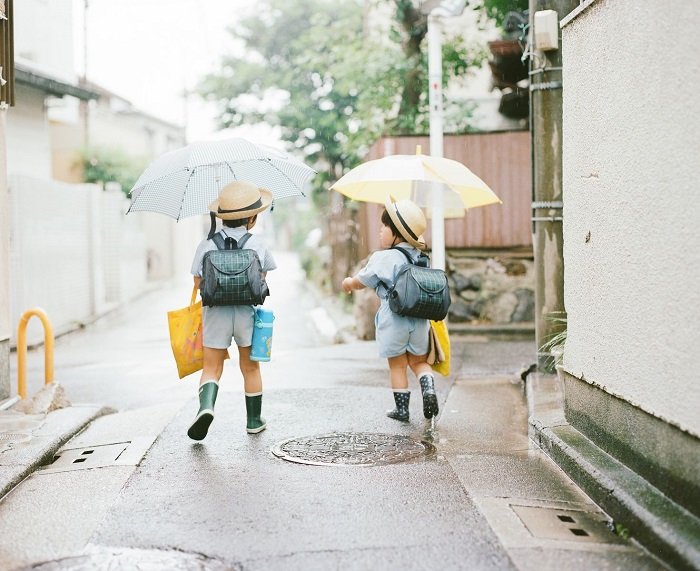 Dwayne Dixon, an American anthropologist who has long been interested in studying Japanese education, also discovered some interesting phenomena.

Children in Japan will tend to turn to strangers, especially the elderly, for help when in trouble. Whereas children in other countries, including Australia, are quite the opposite. Children are often taught not to talk to strangers on their way to school and to be vigilant at all times.

If we continue to delve into the causes of differences in children’s behavior, the key word is “social trust”. Japan has created this sense of trust, which in turn can make Japanese parents feel comfortable about exposing their children to the surrounding society. 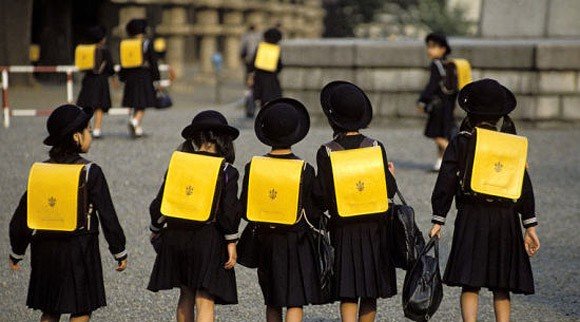 First of all, in Japan, the establishment of elementary schools is divided by population density, ensuring that most students can walk to school within 15 to 20 minutes. The country does not allow cross-regional enrollment and the approval process is very strict.

For students at the older levels, they also need to make sure they can walk or take public transport to and from school independently, or else they will be persuaded to transfer to other schools. more convenient.

Public space in Japan is very scientifically planned, controlling the flow and speed of vehicles. Drivers must give way unconditionally, even if passersby violate traffic rules. Vehicles moving near the school area must go slowly.

Children who live close to each other often go to school together. In the group, the older children will act as the group leader. The school also assigns the task of “protecting school children” to the teacher in charge. Every day, when going to school, assigned teachers will guide students through safely at some busy intersections, complicated traffic outside the school.

Cultivating a sense of safety when crossing the street is a compulsory course for Japanese children right from kindergarten. All kindergartens and elementary schools in Japan regularly invite the police to instruct children on traffic safety.

In addition, to prevent crimes of abuse and kidnapping of children, the functional forces also put up signs “House to protect children 110” all over the streets. This is a measure jointly launched by the Japanese police and local organizations to protect children.

“Children protection house 110” is located in places where primary school students pass by. The houses or businesses with these signs are all volunteers who volunteer to participate in the activity. In addition to dialing 110, children can go to places like these for help in an emergency.

Even the Japanese pay attention to the smallest details. Elementary school students in Japan have small whistle devices that can be hung like key chains, if there is a suspicious person, press the button immediately, a loud sound will sound. One is to warn the people around, the other is to scare those with bad intentions.

Society creates the best conditions for children, so that children can grow up safely and continue to contribute to society in the future. “Trust” and “responsibility” are two factors that develop children’s sense of independence and collectiveness. Children will realize that the punishment for breaking order is having to deal with the chaos that comes.

The same perception extends to a larger social circle in Japan. This may explain why Japan’s garbage sorting is so thorough, the streets are clean, and the crime rate is so low. This is a virtuous circle. Adults feel comfortable letting children explore the world because of social trust so that children maintain this sense of social trust in the future through self-experience and learning.

Japan’s “independent education” is supported by “social trust”, and “social trust” is cultivated from childhood from generation to generation. Realizing this, perhaps, will help us change something in the way we raise our children.