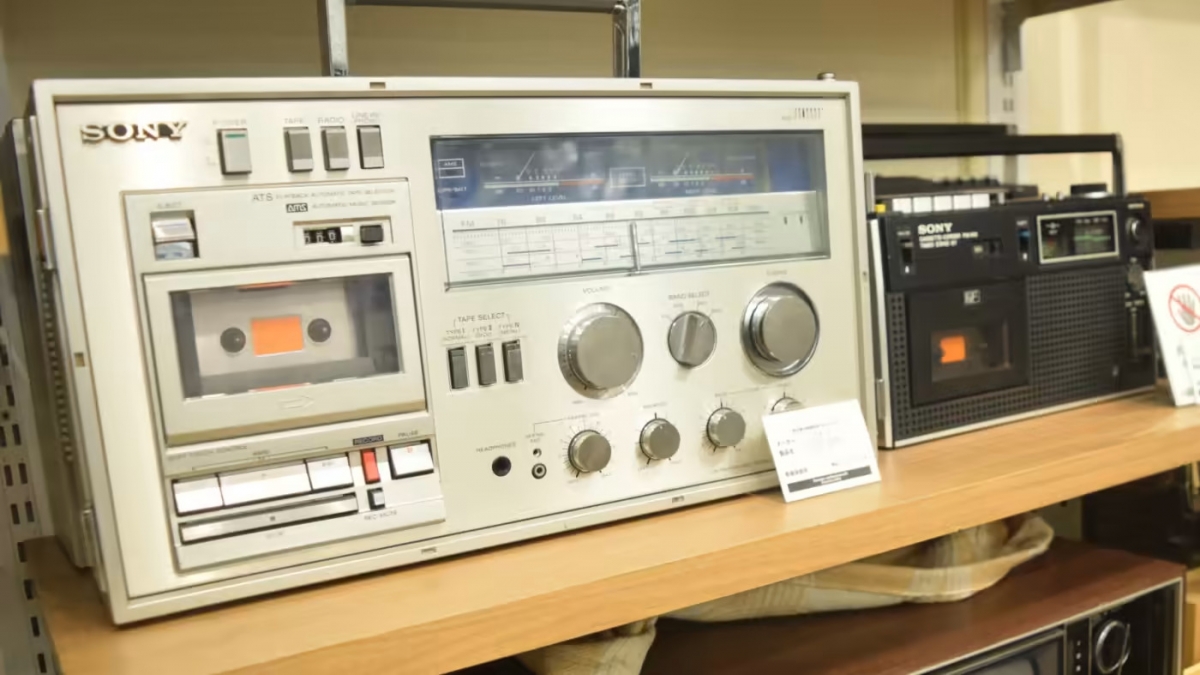 A representative of BuySell Technologies, a Tokyo-based company, said: “Even the ones in bad condition cost around 30,000 yen ($216).

Ten years ago, Walkmans in working condition cost around 10,000 yen ($72) to 20,000 yen ($144). This representative said, the price of these devices has increased nearly 5 times because now, cassette tapes are not as popular as before, but there are still many people who have a hobby of carrying cassettes.

Cassette players became widely known in the 1970s, when they were still in boombox form. About 10 years later, the compact portable music players released by the Walkman became even more popular. Although after a while, the appearance of CDs caused them to fall out of favor and gradually fade into oblivion, recently, demand for cassettes has increased again thanks to lovers of old audio.

If in 2019, the cassette player was mainly sold for about 5,000 yen ($36) to 7,000 yen ($50), now on the online auction platform Aucfan, buyers will have to pay more than 9,000 yen (65 USD) to own them. That is why it is not surprising that most of the customers are older men with a decent income that can spend on their hobbies. According to statistics, the average age of customers is 45, male accounts for 90%. Particularly for the old model, the average age is slightly higher with 55 years old.

Not only is it a domestic craze, some collectors also want to own unique versions of cassette players from abroad. Tokyo-based Beenos Group said that cassette players on Sekaimon, a cross-border e-commerce platform, have been selling for an average of 24,000 yen ($173) this year, about 50% more than the average price. with last year.

In addition, foreigners who have a hobby of collecting cassettes who cannot come to Japan because of the effects of the pandemic have chosen online secondary markets to hunt for their favorite products.

Matsuzaki said he currently has about 5,000 used bombboxes and other gadgets from around the world, and has had like-minded foreigners offering to buy back the entire collection. “The demand for collecting cassette players is even more explosive overseas,” said Matsuzaki.

Cassette sales in the US doubled last year, topping 340,000, the highest number since 2015, according to entertainment data company Luminate. Some of the favorite artists of young audiences, such as Billie Eilish and Harry Styles, have also released music on cassettes. In Japan, vinyl is also making a strong comeback. While cassettes are easy to carry around, they are less durable and easily damaged in use, so they are not often found on the second-hand market in the digital age.

In recent years, famous music artists (such as B’z and Tatsuro Yamashita) have released music on cassettes, but that does not mean that the habit of listening to music with a cassette player will return to the old days. golden as before. Because “compared to other recording products, cassette tapes have much less new music. The number of new products is the determining factor in the popularity of cassettes in the future.” – Takeno shared.