Viewers watch Me And Trinh perhaps also observantly know: “Em” here is “M”, short for the name Michiko, “muse” from Japan. In the movie You And Trinh, Japanese musician and girl met at a concert in Paris, France. Michiko is now a graduate student, planning to do a thesis on the music of musician Trinh Cong Son. Michiko then learned Vietnamese, returned to Vietnam to find a Musician, and the romantic relationship between the two gradually blossomed. Michiko’s love line with NS Trinh Cong Son at the age of six weeks brings a feeling of comfort and lightness, but in the end it has an unfinished ending…

So what is the real-life story between musician Trinh Cong Son and Michiko like? 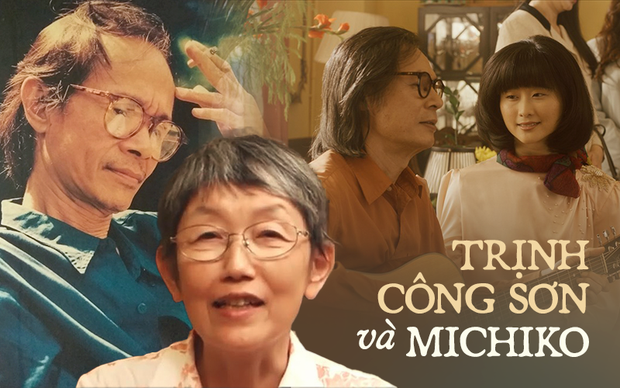 Around the end of the 80s of the 20th century, Michiko Yoshii – now a university student in Paris (France) – fell in love with Vietnam because he loved the country’s culture, language and people. One of the greatest loves in Japanese girls at that time was the deep affection for Trinh Cong Son’s music. Michiko loved Trinh’s music so much that, at that time, even with a master’s degree in Japanese culture, she continued to pursue a master’s thesis of Trinh Cong Son’s anti-war music.

In order to get closer to Trinh’s music, not only did Michiko repeatedly call back to Vietnam from France to talk to Trinh Cong Son, she also went to Vietnam to meet directly with the musician she admires. Master thesis and music are the bridge for their gentle love. During the time of love, musician Trinh gave Michiko a composition called The Words of Michiko’s Departure (March 1995). The song has been kept secret for many years and has only been discovered and released to the public in recent years. The details of this song also appeared briefly in the movie Me And Trinh. 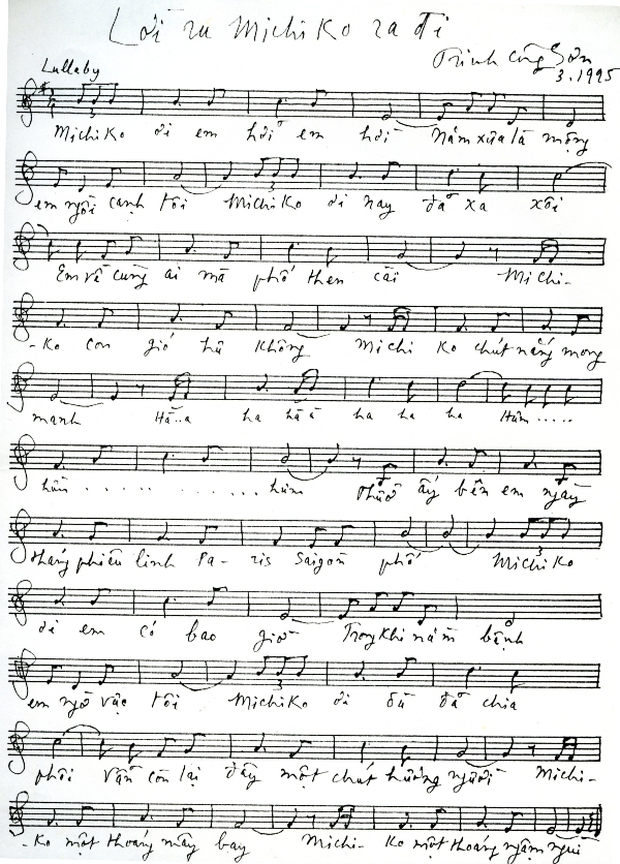 The song “Lyrics of Michiko Go” is written by artist Trinh Cong Son himself.

In 1990, when Prof. Michiko came to live in Saigon, she had many interesting memories of living in such circumstances “Electricity is often cut off. Any day, any hour, there can be a power outage, sometimes power is restored after 5 minutes, but not rarely for up to 3 days.”. During a time with Trinh Cong Son at a party, she was “forced” by Trinh Cong Son to sing a song on stage Diem Xua: “At that time, I was too shaken, so I had to sing Diem Xua in Japanese and then sing in Vietnamese. I didn’t expect to receive a lot of applause and was rewarded with 2,000 VND, the happiest thing was that I made Trinh Cong Son happy!”

Although they do not remember exactly when that love became deeper and deeper, the family members of the late musician still vividly remember the feeling the whole family was excited when they heard the news that the two were about to get married. marry. Trinh Cong Son’s three younger sisters are now in Canada, including singer Trinh Vinh Trinh, Ms. Dieu and Ms. Tam, who are eager to shop for wedding clothes for their brother. They chose a nice suit for him, and a bunch of good fabric sent back to Vietnam for his mother to sew ao dai. At home, Trinh Cong Son’s beloved mother is very happy. She is busy shopping and preparing for the wedding ceremony according to Vietnamese customs. Wedding rings are also carefully prepared just waiting for the day for the groom and the bride to exchange. 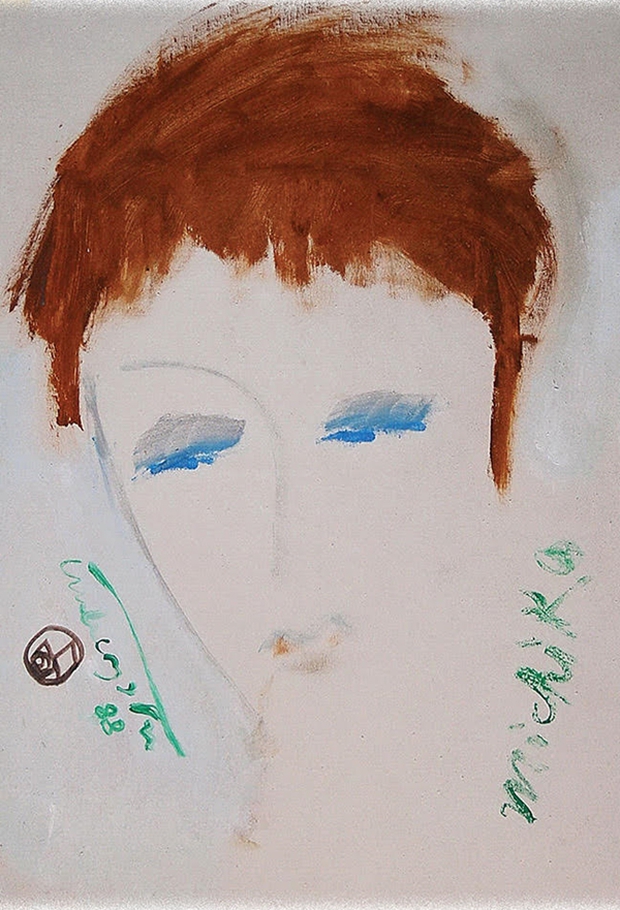 Professor – Dr. Tran Van Khe also wrote about Michiko: “Michiko is a slender, graceful young woman, with long hair that covers her head, a smile on her face all the time. (…) Ms. Michiko lifted the lute and sang two songs… The song was soft and gentle, not fancy, not sharp, but very poignant, going into people’s hearts. Very good pronunciation. If you close your eyes, you probably can’t think that the singer is a Japanese girl who only studied Vietnamese in France for four years.

For a moment, I forgot that this was a Master’s thesis defense at a university in France. The judges and the audience sat in silence enjoying the two songs as if in a concert. At the end of the harp, a round of applause broke out. In my life as a university professor, I have never met a candidate who has just started, not mentioned the content of the thesis, but has been warmly applauded like this.”

The mysterious “kissing” case: the reason is even more “shocking” than in the movie?

In the film, the wedding of NS Trinh Cong Son and Michiko was still unsuccessful in the end because Michiko realized that he still kept his love for Dao Anh, remained unchanged for many years and became more and more intense after “The direction of light” yang” returned to Vietnam. This discovery made Michiko extremely miserable, leading to the decision to return to the country, leaving an unfinished love affair.

So what about in real life? 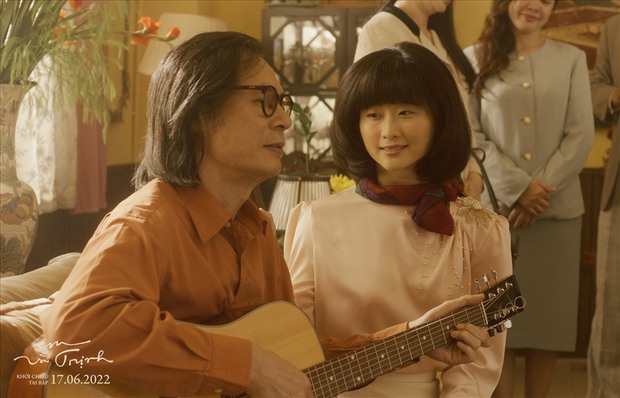 Sharing with the media, Michiko then said that because her parents were very old and could not go to Vietnam, she wanted to ask the Japanese ambassador in Vietnam to replace her parents and represent the girl’s family on the day the two sides met. meet each other. According to the Japanese wedding custom, the ambassadors and grandparents must sit down so that Trinh Cong Son and Michiko kneel down to pay their respects. Trinh Cong Son does not agree with this because his mother gave birth to him, but he has never bowed down in his whole life, so it is not possible that he would kneel before the Japanese ambassadors and grandparents. Therefore, the marriage was annulled. 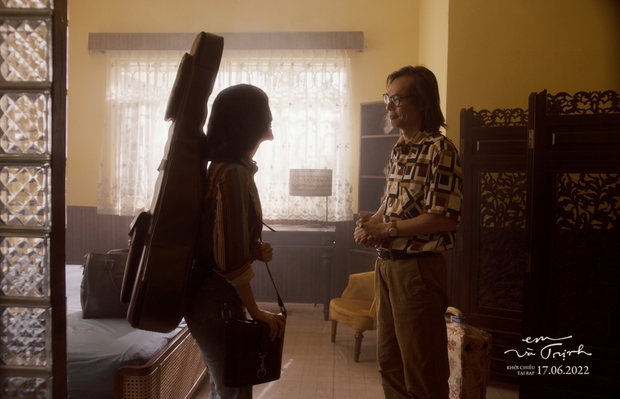 The younger sister of NS Trinh Cong Son – Singer Trinh Vinh Trinh recounted: “I don’t know how it ended, because I was in Canada at the time. But when I heard the news that the journalist’s wedding was canceled, everyone was very sad. There could also be other reasons, But the nature of Mr. Son and Ms. Michiko are both secretive, profound and delicate, so the story is rarely talked about.Through my perception and perspective, I think Mr. Son at that time was very emotional about a girl. foreigners know and love his music so much.I was impressed when Michiko memorized hundreds of his songs.

I remember around 1992, Mr. Son and Mr. Nguyen Quang Sang were invited to France and attended a program. That was the time I saw Michiko – a slender, graceful Japanese girl. She hugs the guitar and sings many Trinh songs passionately, full of emotion, making everyone emotional.”

In July 1991, in Paris, Michiko Yoshii successfully defended her master’s thesis on the influence of anti-war music by Trinh Cong Son in Vietnamese society during the war. This thesis was rated optimal by the judges of the University of Paris VII. And that slender Japanese girl always leaves an impression on everyone with the image of a guitar singing Trinh Cong Son’s love songs with sad eyes. 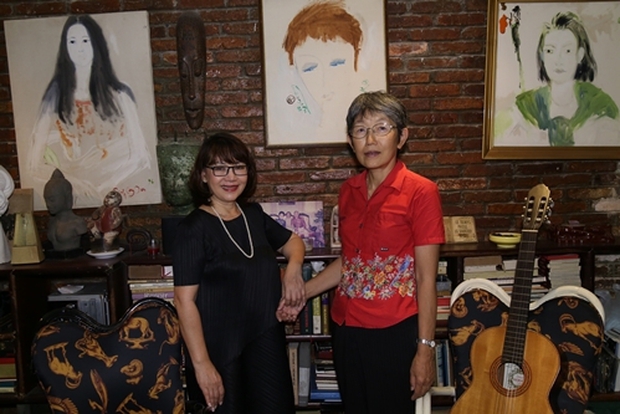 Professor Michiko Yoshi and Singer Trinh Vinh Trinh. Behind is a picture that the late NS Trinh Cong Son painted her. 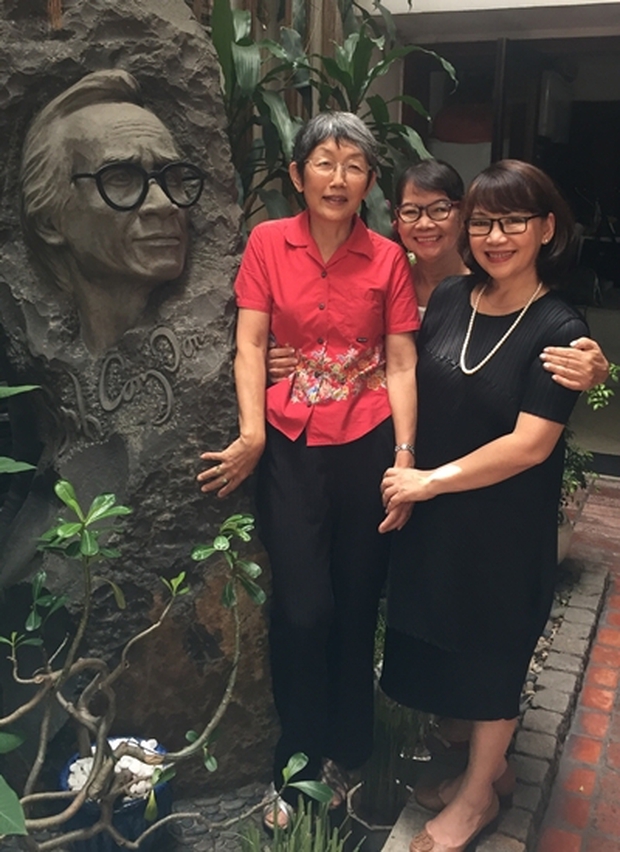 After Trinh Cong Son’s death, Michiko Yoshii often returned to burn incense for him. Since 1993, she has been associated with Vietnam by raising money, sponsoring, calling, representing in Japan for programs to help disadvantaged children, build bridges for poor villages in the Mekong Delta. . Currently, Michiko Yoshii is a Professor at the Center for International Education Studies at Mie University, central Japan. She often and her husband Mr. Tran Van Soi (Thomas Soi) (Founder of the program Street Children in HCMC) often organize many programs to help poor children, teaching children free of charge.