The two vehicles used to demonstrate the wireless towing technology were the Toyota Sienna minivan. Currently, this technology is only in experimental form, and the two cars are maintained at a safe distance – Video: Toyota

Many automakers claim the latest technologies are fascinating, like Hyundai’s self-balancing electric scooter or Tesla’s laser windshield wipers. But much of it is only in the form of patents.

One of the exceptions is Toyota’s “wireless traction technology”. As the name suggests, cars equipped with this technology can pull another vehicle after without the need for a physical connection such as a hook or cord.

In the demonstration video, the car in front can be seen moving as usual. Meanwhile, the vehicle behind, even though the driver is still on (but has taken his hands off the steering wheel), can act as a “self-driving vehicle” following the vehicle in front, making turns, accelerating. and brake when necessary. 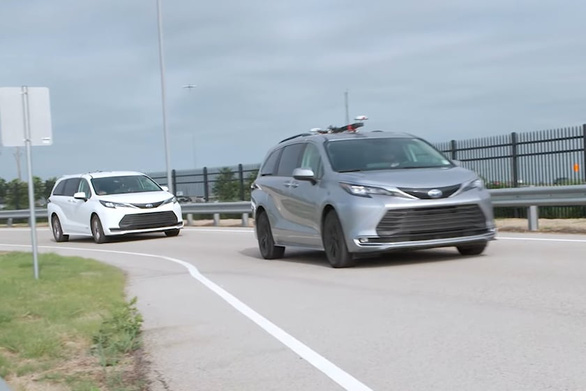 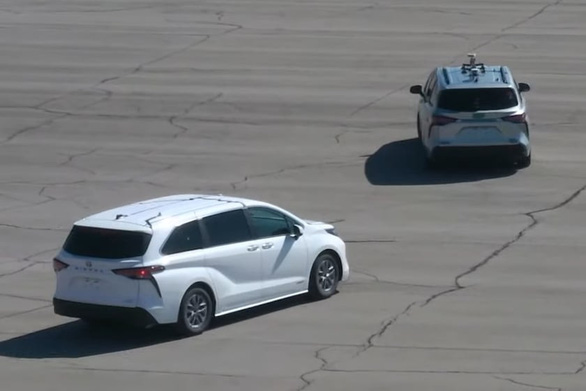 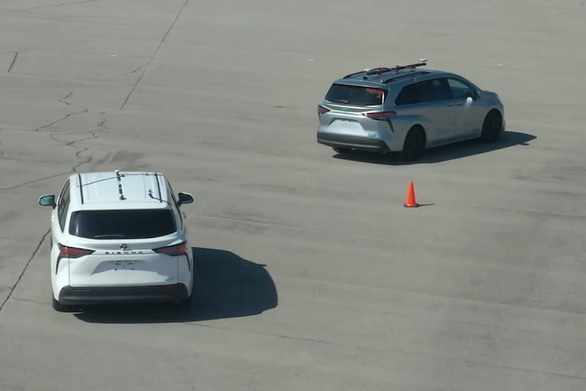 The car behind follows the car in front at a safe distance – Photo: Toyota

Although it may sound a bit redundant to pull a car with people in it, it can be applied in many cases. For example, a drunk driver can’t drive home, but he doesn’t want to leave his car behind for a stranger to take care of. This person can call a loved one to pick them up, use wireless towing technology, and relax in their car while it “drives” home.

Another application is to help reduce the burden on electric vehicles. Electric vehicles will reduce their range when towing heavy trailers. But with this wireless traction technology, electric cars will be much lighter. 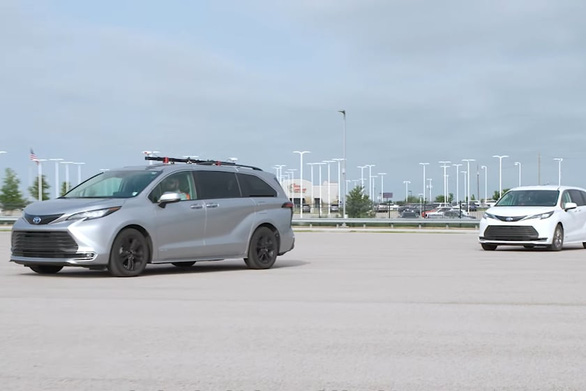 This technology has quite good applicability in life, but the effectiveness still needs to be tested in the field, with complicated traffic flows – Photo: Toyota

However, it can be seen that this technology has the disadvantage that it only works when the two cars are operating normally. If Toyota can improve the system to the point where a “healthy” vehicle can pull off a damaged vehicle (as long as the communication between the two cars is normal), the technology could cause a real shock to the auto industry.