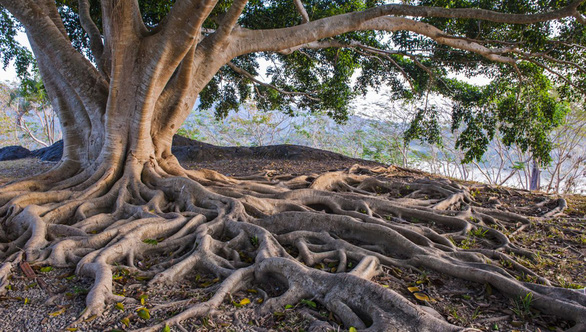 The evolution of tree roots since the Devonian period led to the great extinctions on Earth – Photo: SHUTTERSTOCK

Professor Gabriel Filippelli – Department of Earth Sciences at Indiana University (USA) – published the research in the scientific journal GSA Bulletin. He points out that it was the evolution of plant roots that led to the Earth’s mass extinction.

By page IFLScience, nThe team sought to investigate the cause of the multi-population collapse that occurred during the Devonian period, about 419 to 358 million years ago.

It was during this era that the first plants began to inhabit the land. At the same time, a series of marine extinction events wiped out nearly 70% of aquatic life.

Previous research has suggested that the appearance of the first plants led to a dramatic decrease in phosphorus concentrations of Eurasian terrestrial landscapes.

This led to the original hypothesis: the tree’s root system may have penetrated deep to break the rock and penetrate deep into rivers and lakes. Here, they release phosphorus into rivers, lakes, oceans, have profound effects on marine ecosystems.

These rapid and destructive algal blooms will deplete most of the oxygen in the oceans, triggering catastrophic mass extinction events.”

The increase in nutrient phosphorus is called the “eutrophication” phenomenon. This phenomenon is often observed in lakes and rivers when excess fertilizers or human-made nutrient sources contaminate the water.

To identify archaic eutrophication, the researchers examined geochemical records from five sedimentary sites in Devonian lakes across Greenland and Scotland.

As expected, their results showed that there was a large decline in terrestrial phosphorus at different times during the Devonian period.

The above shows that the presence of plants with roots is actually the cause of the release of nutrient phosphorus deep into rivers and lakes.

For example, two notable increases in phosphorus levels in water were found to be associated with two late Devonian mass extinctions.

A closer look at the data also shows that the release of phosphorus into the ocean is cyclical and consistent with regional climate fluctuations.

Commenting on the importance of this study, Mr. Filippelli explained: “These new insights into catastrophic natural extinction events in the ancient world could serve as a warning of the consequences of such catastrophic events. similar events, arising from human activity today”.