Recently, episode 13 Street Dance Vietnam was officially broadcast. This is also an extremely thrilling semi-final with eye-catching performances from the players with the support of guest artists such as Uyen Linh, Hoang Dung, and Orange.

In the Semi-Final Round, the Organizing Committee Street Dance Vietnam invited the top dancers and choreographers in Vietnam to help the players challenge new dance genres: jazz, folk, contemporary, dancesport. The players will have to transform themselves into a different individual, with a different energy, with a completely different body language than the type of dance they used to pursue. With the results of the draw in the order of competition, the team Told him will face the team Kay Tran in 2 genres of jazz and dancesport, and the team Who Pu will face Trong Hieu team in 2 genres of contemporary and folk. 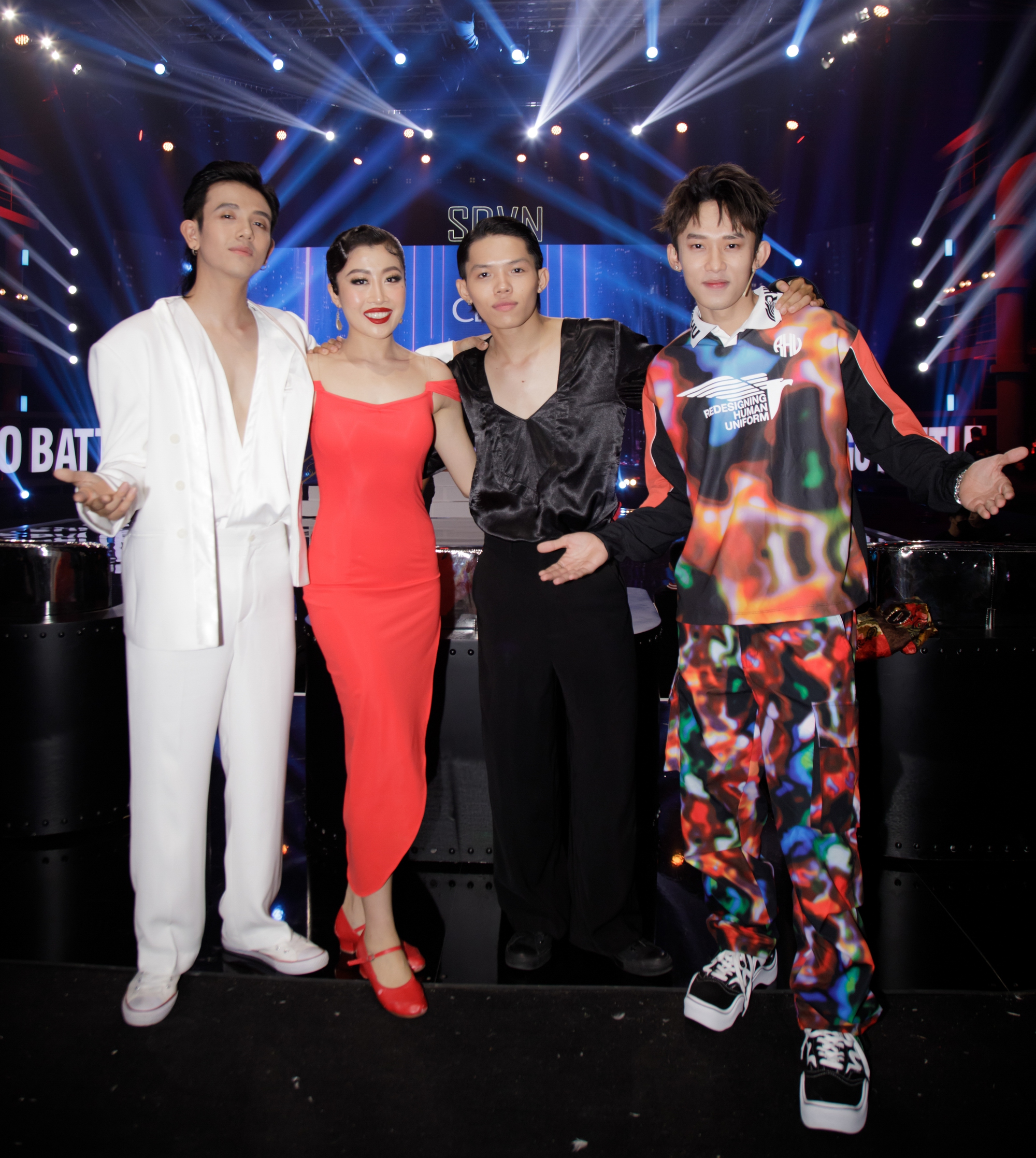 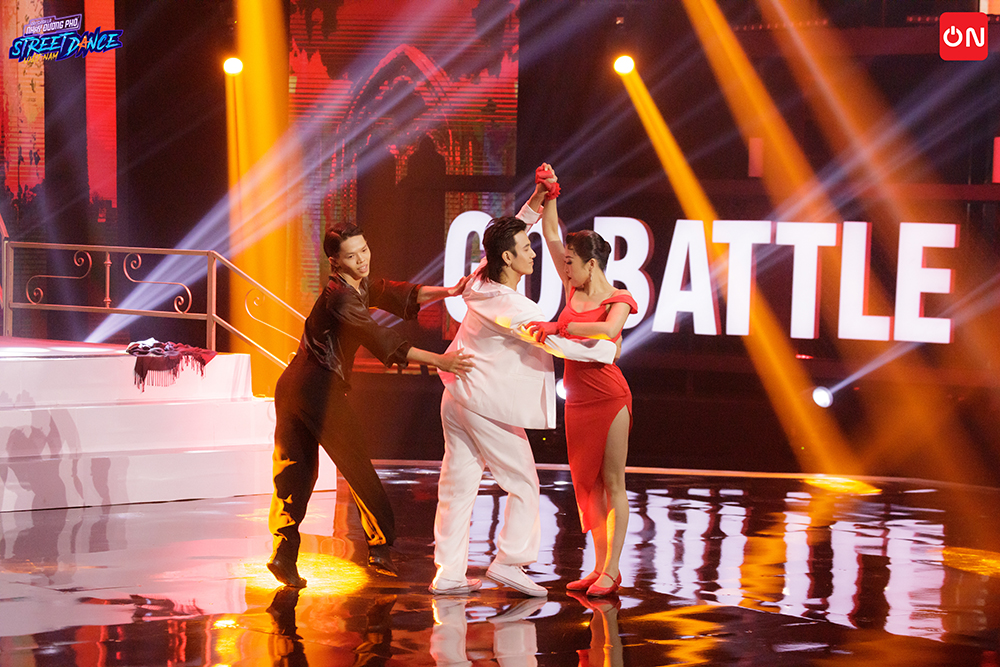 Opening the second semi-final round was a competition from two players Quoc Tit and Le Hieu of Kay Tran, in the Dancesport category. Choreographers Thao Uyen & Minh Tan will collaborate with Quoc Tit and Le Hieu, creating a unique performance, recreating a love triangle between a girl and a black and white guy. On the background music of the song Spring Afternoon DreamsThe trio of Quoc Tit – Le Hieu – Thao Uyen opened up a space full of nostalgia, old times, and then brought the audience’s emotions to the dramatic, climactic part with dance on Latin music. 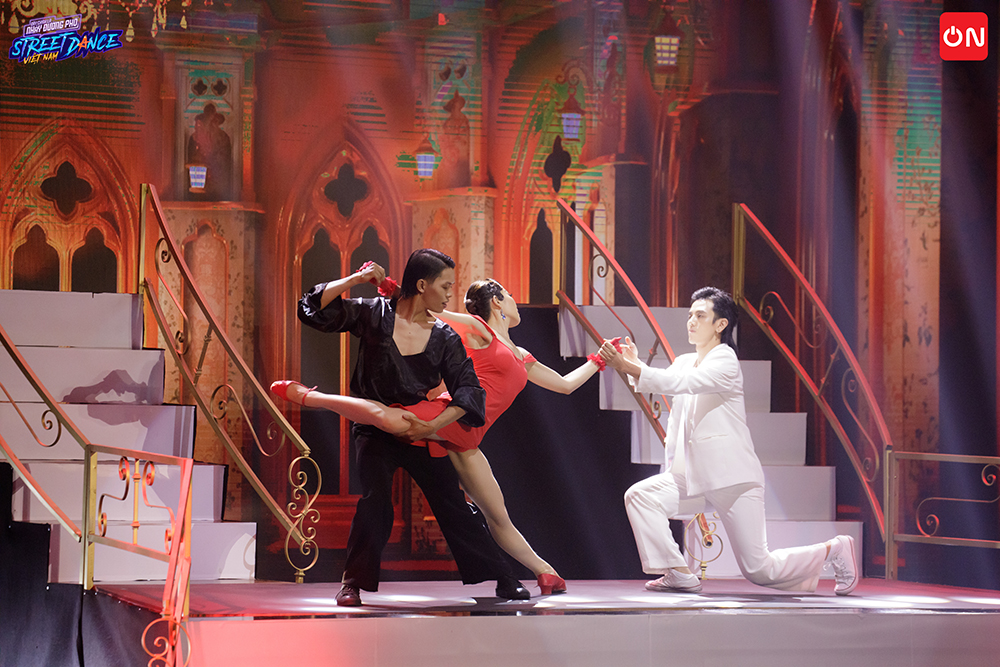 Against team Kay Tran, 2 players from Bao Anh team – C2 Low and Nega will collaborate with choreographer Tuan Dat in the Dancesport genre. The trio transformed into characters in a video game called Street Dance Vietnam. Appreciated for the concept, however, the performance of C2 Low and Nega lacked the typical elements of dancesport. 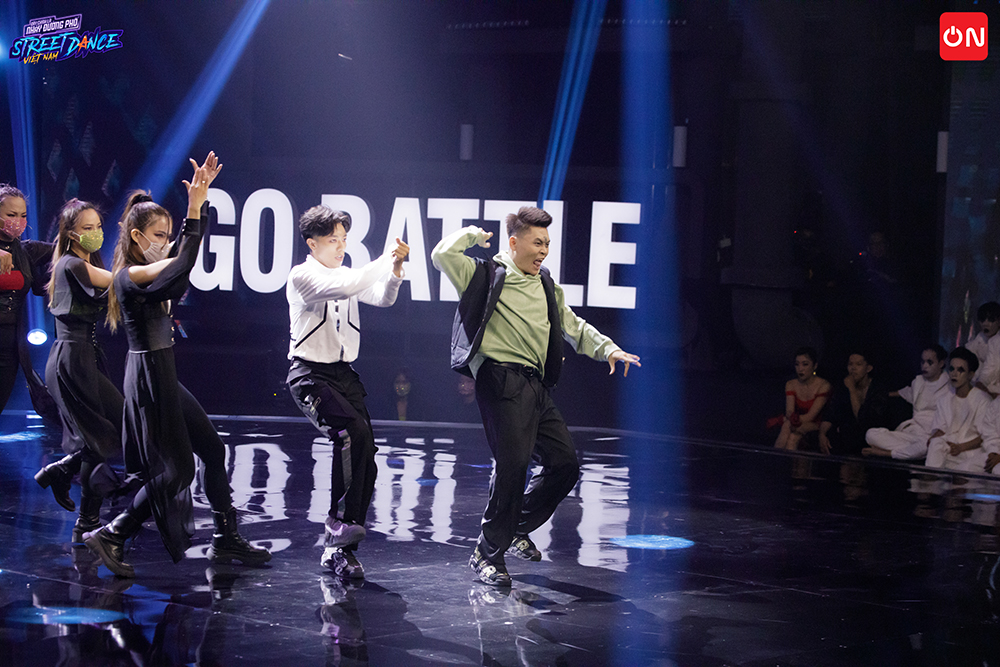 The final result in the dancesport challenge between team Kay Tran and team Bao Anh, the score was 28: 49. The pair of Quoc Tit and Le Hieu excellently won 49 votes and won the first point for Kay team. Tran in the semi-finals of Street Dance Vietnam.

Team Trong Hieu entered the contemporary competition with player Hoang Dai and the support of choreographer Ha Loc. The music part of this performance was performed live on stage Street Dance Vietnam by the duo Hoang Dung and Orange, the song When I Grow Up. Hoang Dai and Ha Loc took the audience on a journey of a child learning about his emotional inner self. 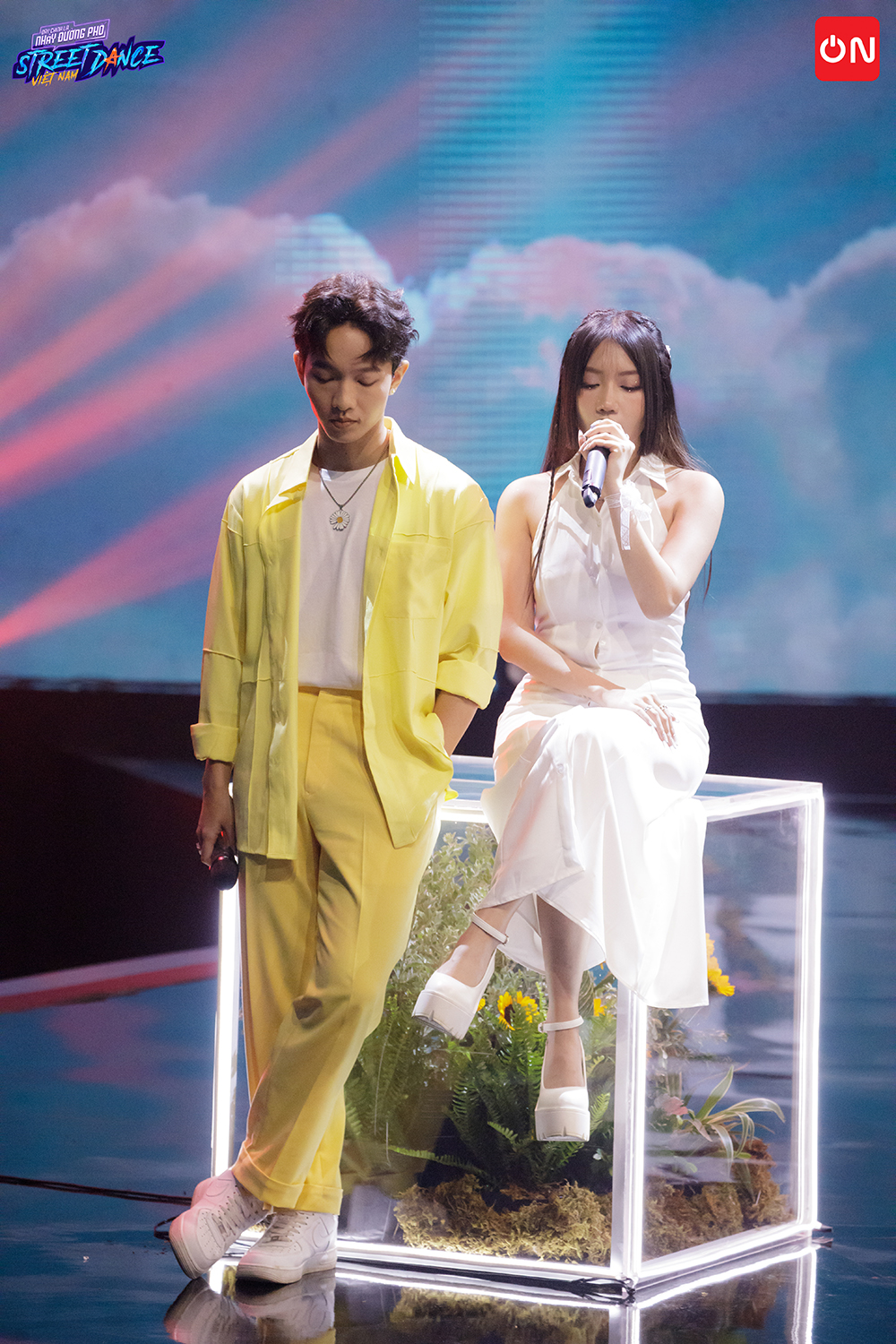 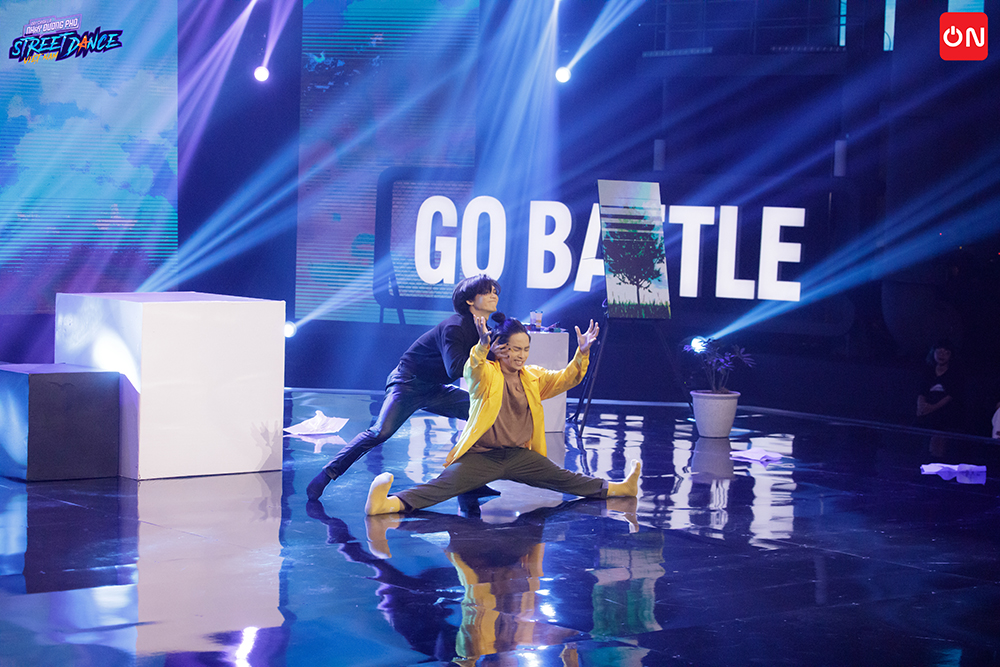 Confronting with Trong Hieu team in the contemporary genre, player Dang Quan from Chi Pu team opens up a romantic and dramatic cinematic space with choreographer Hai Anh. Singer Uyen Linh with a powerful voice performed live the song Can We Kiss Forever – Joker soundtrack in this performance. Dang Quan had a disguise as Joker, and choreographer Hai Anh became the Joker’s lover named Sophie. On the stage of Street Dance Vietnam, the duo recreated the happy and tearful love story of Joker and Sophie. 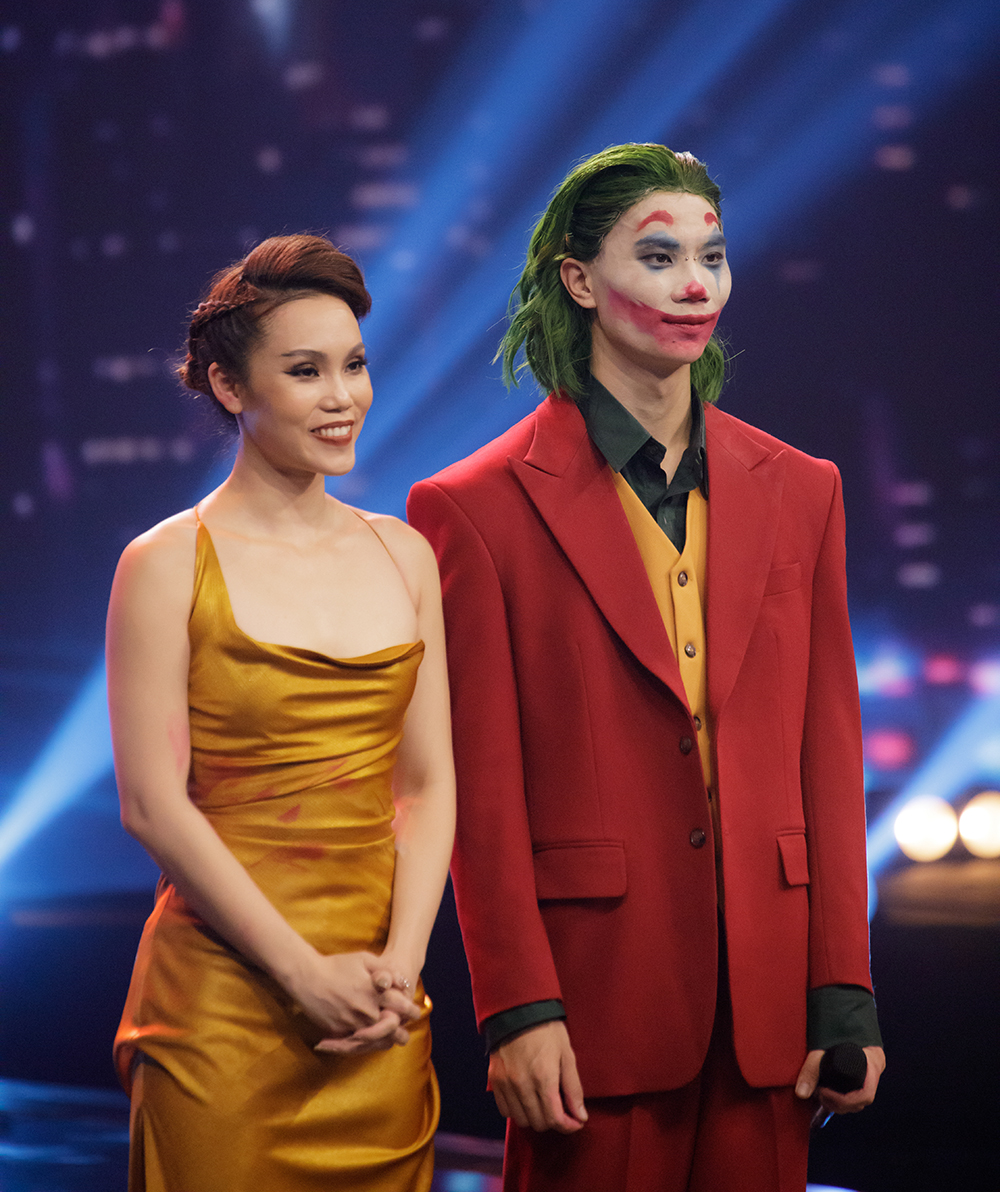 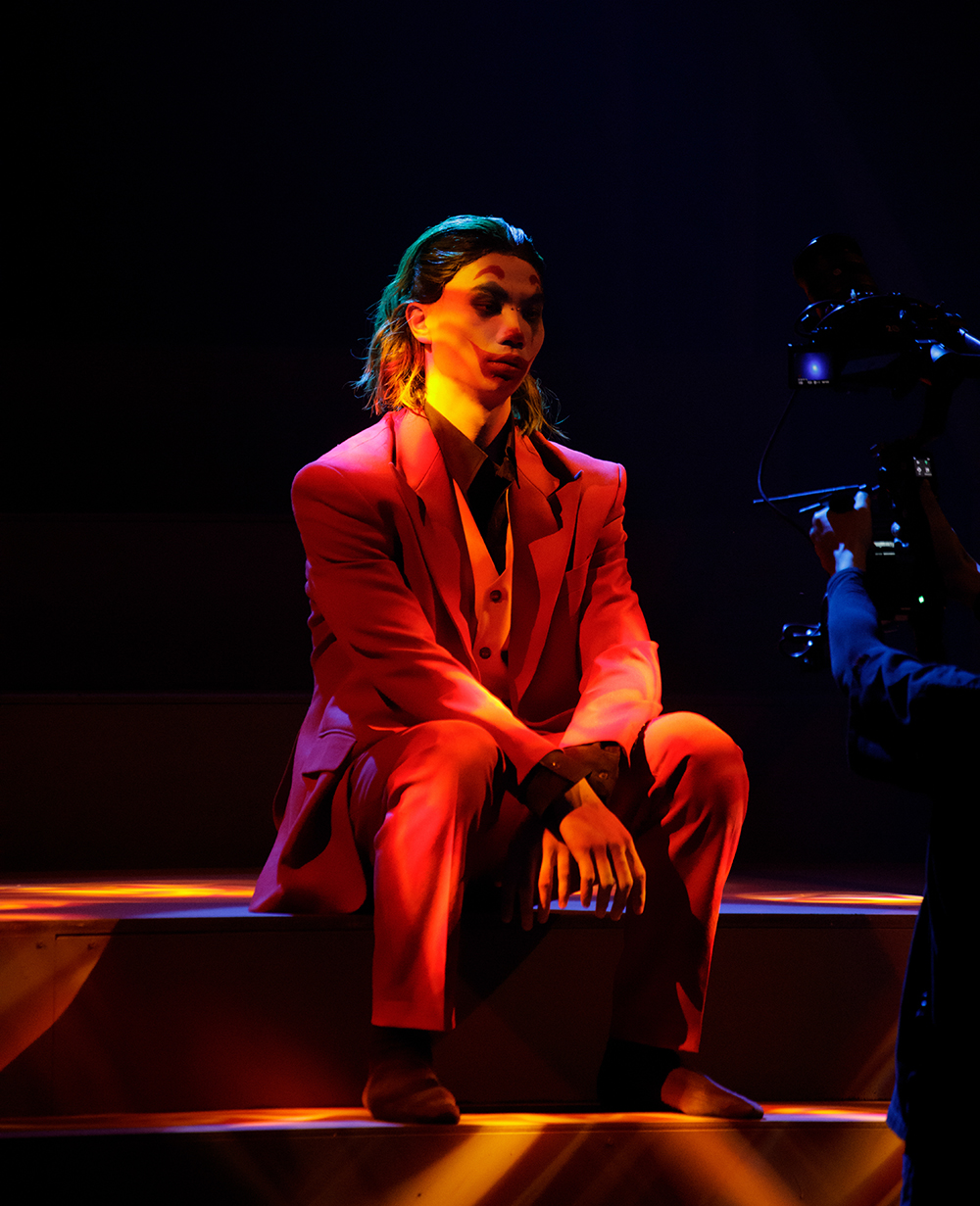 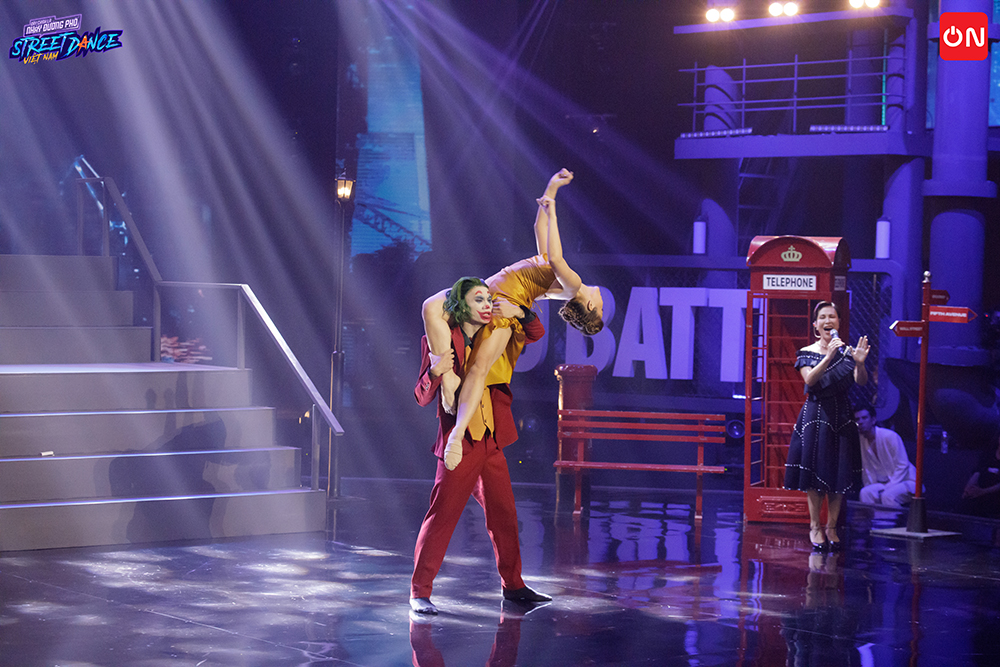 The two performances of team Trong Hieu and team Chi Pu were commented by many judges as “one nine one ten” because of the equal skill level in the performance of the players, as well as the idea, story and staging. The final result, with the score of 29: 48, player Hoang Dai won with 48 votes, bringing the first point for Trong Hieu team in the semi-finals of the tournament. Street Dance Vietnam.