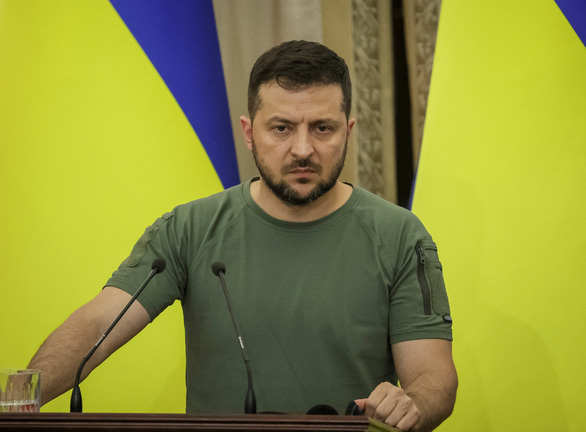 Ukrainian President Volydymyr Zelensky first urged the United States to ban visas for Russian citizens in an interview earlier this month with the newspaper. Washington Poston the grounds that Russians should “live in their own world until they change their philosophy”.

A few weeks ago, Mr. Zelensky continued to call on European Union (EU) countries to ban visas for Russian citizens to prevent the bloc from becoming a “supermarket” open to anyone.

Reuters news agency quoted information from the US State Department as saying that the administration of President Joe Biden had imposed visa restrictions on Kremlin officials.

The US side has made it clear that its focus is to identify and hold accountable those involved in the Russian military campaign in Ukraine.

“The United States does not want to close the door to asylum and safety for opposition figures in Russia or other vulnerable human rights abusers,” a State Department spokesman said on August 22.

“We also made it clear that it is important to draw a line between the actions of the Russian government and its policies in Ukraine and the Russian people,” the State Department representative said.

On August 22, German Chancellor Olaf Scholz opposed this call. Mr. Scholz said that Russians can leave their homeland if they have opposing views with the government.

On August 21, Swedish Immigration Minister Anders Ygeman said that it would be difficult to implement the proposal to ban visas for Russian citizens and that this proposal would be a mistake if applied.

Mr. Ygeman emphasized that if visas were stopped for all Russian citizens, it would mean that Russian scientists would not be able to come to the EU, while the parties still want to maintain this exchange.

A day earlier, Cyprus also objected to a proposal to ban Russian visas. Cyprus and some other EU countries have Russian-speaking communities, so banning visas means cutting off contact between them and family and friends.