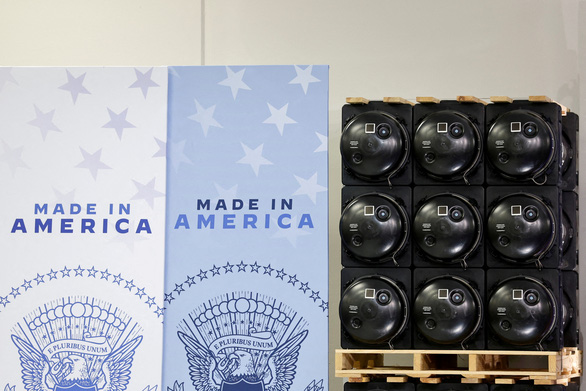 “We’re dealing with Hurricane Putin,” said Republican Sen. Lindsey Graham, who used Hurricane Ian, which just swept across the US state of Florida, to liken it to Russian President Vladimir Putin.

“This is a defining moment for the world when it comes to territorial integrity,” Graham told a news conference on September 29, referring to Russia’s imminent annexation of the Donetsk, Lugansk, Kherson and Zaporizhzhia it controls in Ukraine.

The merger signing ceremony is expected to take place on September 30 with the participation of Russian President Putin, despite warnings and objections from the West.

Along with Democratic Senator Richard Blumenthal, Graham introduced a bill that would cut off US assistance to any country that recognizes Russian territories that it wants to annex.

This is one of the bills presented to the US House of Representatives to support Ukraine recently. According to Reuters news agency, the budget package that the US Senate just approved on September 29 to avoid a government shutdown also includes $ 12.3 billion in military aid for Ukraine.

The US House of Representatives is expected to give the green light to President Biden to send Ukraine weapons worth at least $3.7 billion.

“We have not won this victory yet. We need to continue to support the Ukrainian people,” Senate Foreign Relations Committee Chairman Bob Menendez said after a closed-door meeting of lawmakers on the Russia-Ukraine conflict. September 29th.

The US is preparing to enter midterm congressional elections in November. Amid the escalating conflict in Ukraine, Senator Graham called on the US to send a “clear signal” to Ukraine that money flows. and weapons will still flow to the country even after the upcoming midterm elections.

The United States has been the leader in military aid to Ukraine since the conflict broke out in February. Washington also urged its allies to send weapons to Kiev, including weapons systems that Ukraine is used to, so as not to waste time retraining.

On September 29, according to the US Embassy in Poland, the Warsaw government will receive nearly $ 290 million as part of the “Foreign Military Aid” program to offset the weapons that Poland has transferred. for Ukraine earlier.