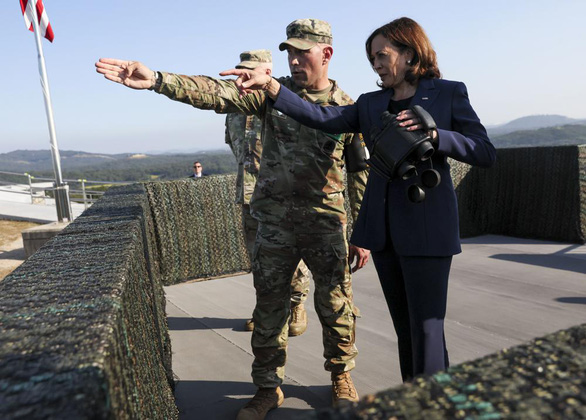 On September 29, at the DMZ, Ms. Harris went to the top of a mountainside, near watchtowers and security cameras. She peered through binoculars to observe military installations.

Then an American officer showed the vice president defensive points along the border, including barbed wire.

Mrs. Harris continues to visit one of the blue buildings. The US officer explained that the building is still used to conduct negotiations with North Korea. 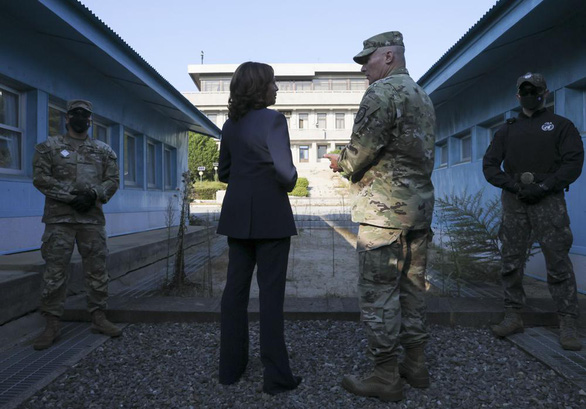 According to Yonhap News Agency, the trip to the DMZ is expected to be a strong signal of the US commitment to its ally amid intelligence assessment that North Korea is preparing to conduct a seventh nuclear test. 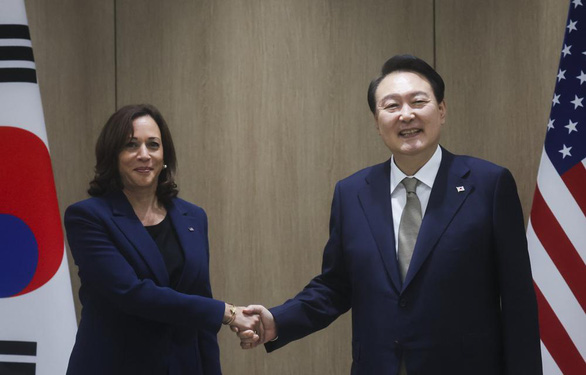 US Vice President Kamala Harris and South Korean President Yoon Suk Yeol. During the visit, Ms. Harris emphasized the US commitment to protect its allies from the growing threat of North Korea – Photo: AP

Earlier, US Vice President Kamala Harris met South Korean President Yoon Suk Yeol at his office in Seoul, reaffirming the US commitment to protect South Korea in the event of war.

The two leaders expressed concern about threats of nuclear conflict from North Korea and pledged a stronger response to North Korea’s major provocations, including a nuclear test.