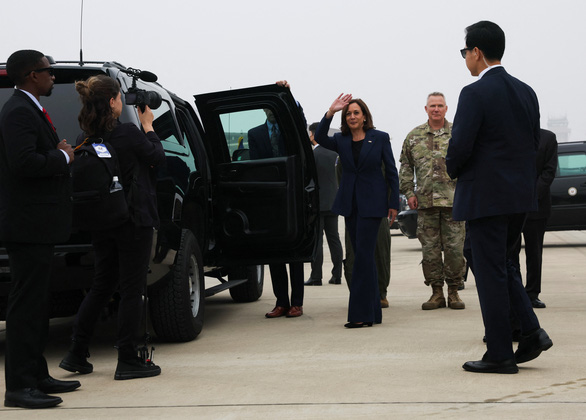 Ms. Harris landed at Osan Air Base, South Korea after a previous visit to Japan, according to AFP news agency. She is expected to meet South Korean President Yoon Suk Yeol on the morning of September 29.

During a one-day visit to South Korea, Harris will emphasize the US commitment to protect its allies, according to a senior Washington administration official.

Harris will condemn North Korea’s missile launch a day earlier and discuss Seoul’s concerns about changes to electric vehicle subsidies, a White House official said on Wednesday. of the United States in talks with Mr. Yoon.

The US vice president is also expected to visit the demilitarized zone (DMZ) Panmunjom, a move that will anger North Korea.

The trip to the DMZ is expected to be a strong signal of US commitment to its ally amid intelligence assessments that North Korea is preparing to conduct a seventh nuclear test, according to Yonhap News Agency.

The United States and South Korea are conducting a large-scale joint naval exercise this week in a show of strength in the face of North Korea’s growing provocations.