“Speaking of expertise, this match U20 Vietnam played very well, it was very pleasing to the eyes. I think everything that coach Dinh The Nam proposed, they all performed very well. All the goals of U20 U20 Vietnam is well organized and coordinated.

Even the 5th goal was a good combination when the ball was hung to the far post for Van Tu to return it and then Duc Anh headed to score.”coach Pham Minh Duc commented on television after the match ended.

The experienced strategist working at V.League added: “With 5 goals are all good combinations, I think if U20 Vietnam maintains well in the match against U20 Timor Leste and U20 Indonesia and tries to be more solid in defense, the possibility of winning the group is very high.” 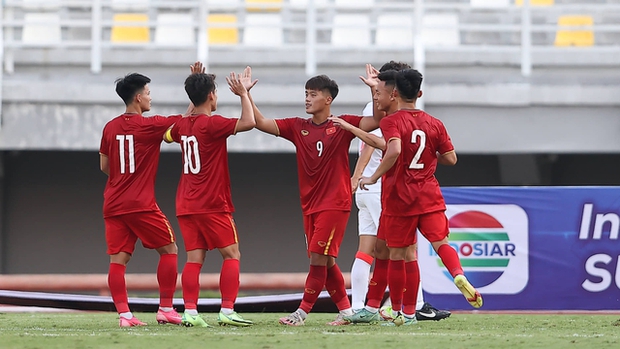 U20 Vietnam won all 3 points in the opening match.

On the afternoon of September 14, U20 Vietnam entered the 2023 Asian U20 qualifying campaign with a match against U20 Hong Kong (China). The class difference was quickly shown in the first half. The army of coach Dinh The Nam did not have much difficulty to lead 2-0 thanks to the work of Xuan Tien and Quoc Viet.

Entering the second half, the advantage continued to belong to U20 Vietnam. In the end, the red shirt team won with a score of 5-1.

Victory with a difference of 4 goals helps U20 Vietnam create an advantage in the competition in Group H. However, according to experts, the team still has one point to improve. Commentator Van Hien of VTV commented:

“I am satisfied with the attacking ability of U20 Vietnam. But in terms of defense, sometimes the team still loses focus. There are some situations where central defender Duc Anh joined the attack but did not promptly retreat and U20 Vietnam has to face a dangerous situation.

As for the attack, players like Khuat Van Khang and Thanh Nhan still kept their pace in the second half and got goals. I see that on the offensive front, U20 Vietnam has done well, and the defense needs to improve more focus.” 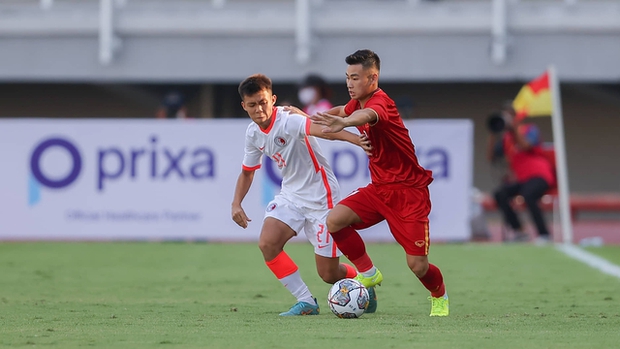 U20 Vietnam has to compete with a density of 2 days/match.

“I looked closely at Thanh Nhan and saw that this is a player with very good technique, can kick both feet and has a very reasonable playing mindset. She knows how to make decisions about when to pass, when to lead or coordinate. This is a very mature player at the age of 19. With such qualities and good speed, he can play in the national youth teams and strong teams in the V.League. .

So is Khuat Van Khang. These are the players that I appreciate, more than Quoc Viet. Because Quoc Viet plays a striker, it will be difficult to compete in the V.League. He has to know how to play more as a winger.” 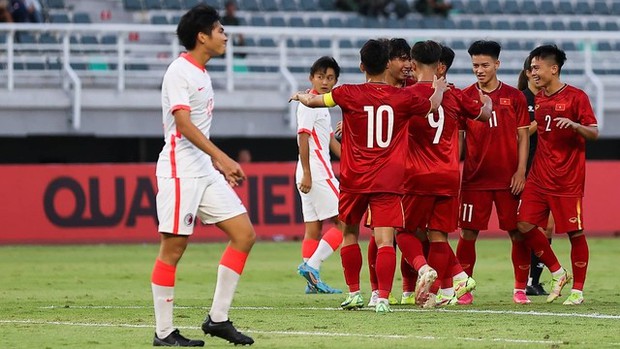 U20 Vietnam has a diverse and highly effective attack.

Commenting more on the situation where the Hong Kong U20 player (China) stumbled in the penalty area and was entitled to 11m, coach Pham Minh Duc said that the referee was reasonable when making this decision. He said:

“Actually, in that situation, when Khuat Van Khang chased the Hong Kong U20 player, there was no action, but his hand slightly touched the opponent’s back. When the other player stumbled, the referee thought there was an impact. and they blew the penalty.

I think when the referee has made the decision, I have to accept it. If Van Khang does not touch the opponent’s player, he will say that the referee is wrong, but when he does touch the referee, it is also correct.” 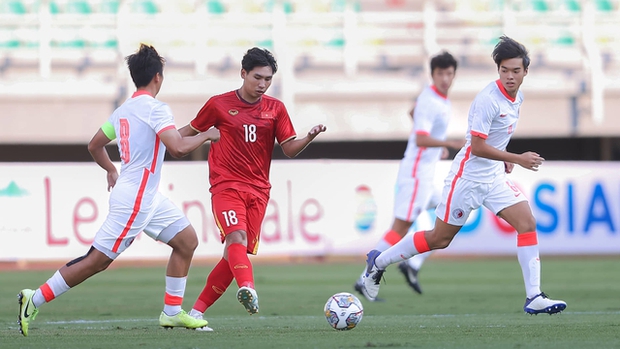 WAITING FOR INDONESIA U20 U20

U20 Vietnam will respectively meet U20 Timor Leste (September 16) and U20 Indonesia (September 18) in the remaining two matches in Group F. The 2023 Asian U20 qualifier is divided into 10 groups. The top 10 teams and the 5 best runners-up will join the host U20 Uzbekistan to participate in the final round.

Commenting on the next two matches, VTV commentator Tien Dung said: “After watching U20 Timor Leste play against U20 Indonesia, U20 Vietnam will be better prepared to calculate for the second match.

In the first round, due to the unknown about U20 Hong Kong, U20 Vietnam still used the strongest lineup to earn the biggest victory possible. But in the next turn, the initiative of U20 Vietnam will be higher. Coach Dinh The Nam will have more calculations about the force, because right after the U20 Timor Leste match, U20 Vietnam will fight with U20 Indonesia.

Meanwhile, commentator Van Hien confidently aims for a winning result for Vietnam U20. I said:

“I am looking forward to the match between U20 Vietnam and U20 Indonesia. This can be considered the best squad of U20 Vietnam. I hope that the home team will have a good match against U20 Indonesia, thereby proving it to be the best team in the world. And I believe U20 Vietnam with a force like this will get a victory, not draw with Indonesia like in the Southeast Asian U19 tournament a little while ago.”