The information that the iPhone 14 series closes an early opening date in Vietnam makes many people excited. The shortened waiting time for genuine Apple products for domestic users has attracted a large number of users who are interested in genuine products. 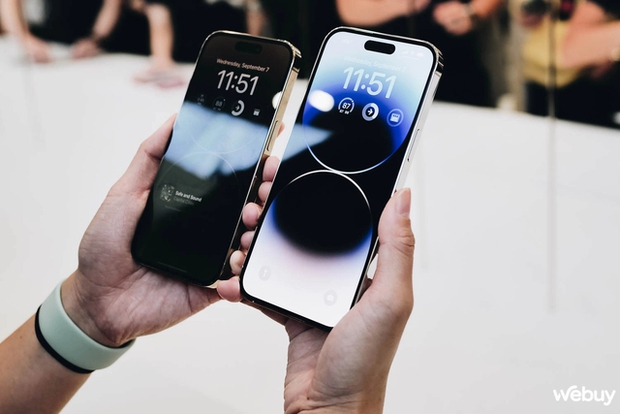 The waiting time for genuine Apple products of domestic users is shortened, attracting a large number of users interested in genuine products.

Recorded at Apple’s official authorized dealer systems in Vietnam, the iPhone 14 Pro duo is receiving the most attention, especially the purple iPhone 14 Pro Max version (Deep Purple). The reason this version has received great attention from Vietnamese customers is because of the screen innovations, impressive new performance and colors, while the price remains unchanged compared to the previous version.

Positive signals from users in Vietnam promise a boom in sales for Apple and its authorized dealers at the end of the year. However, the great interest of Vietnamese customers for the new generation iPhone also makes many people worry that the product will be in short supply during the first time it opens for sale.

Mr. Tuan Anh (District 3, Ho Chi Minh City), one of the subscribers to receive information about iPhone 14 Pro Max, shared that he quickly pre-ordered the product after the Apple event. “Last year, I ordered an iPhone 13 Pro Max to give to my wife, but I had to wait a long time, 2-3 weeks later than the scheduled appointment, to receive the device due to scarcity. Therefore, this year I actively ordered the product earlier, but I still don’t know if I will meet the same situation as last year.“

According to FPT Shop and F Studio systems, the number of registered customers interested in iPhone 14 has exceeded 52,000, Mobile World is 50,000, 24hStore is 35,000, CellphoneS is more than 25,000. The number of subscribers to receive product information is more than the iPhone 13 generation at the same time last year.

However, contrary to the worries of customers, the agents showed an optimistic attitude. Many commentators believe that the Vietnamese market’s priority and selling iPhone 14 earlier helps the source of goods to be more stable than in previous years.

“According to our assessment, this year will be much more favorable than other years when selling new products in Vietnam market.,” said a representative of FPT Shop. 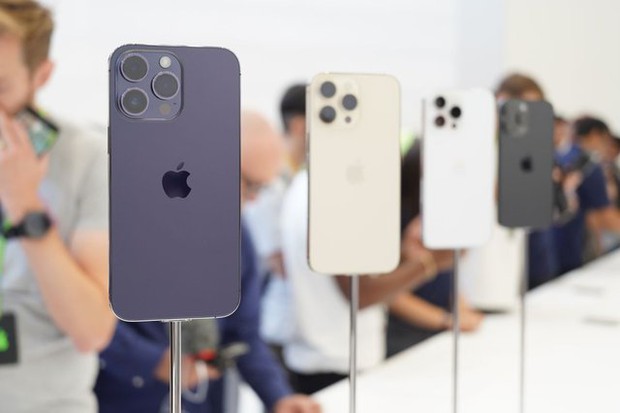 CellphoneS system also expressed an optimistic attitude about the supply ability of iPhone 14 series. This unit predicts that the new iPhone will continue to grow in sales compared to the previous generation, the number may be in the range of 30-50%, depending on the price announced this year. It is predicted that iPhone 14 Pro Max is still the most well-received product, likely to account for about two-thirds of the first deposit.

“The volume of goods in phase 1 will still be lower than the demand of customers in phase 1, it is expected that the amount of goods will be more stable in 1-2 weeks. Customers’ interest in new iPhones according to statistics from CellphoneS, gradually increased from the second half of the third quarter and increased very strongly, peaking in the period between the global launch and official sale in Vietnam.“, representative of CellphoneS said.

Xa Que Nguyen, CEO of Hnam Mobile, iPhone 14 Series will experience a shortage of goods for the first time, especially hot models like the Purple iPhone 14 Pro Max. However, in November, it will be more stable because this year Apple has set a very high revenue “target” in the Vietnamese market.

It can be seen that, contrary to initial predictions, iPhone 14 Plus is receiving the lowest interest of Vietnamese users. At most dealers, the interest rate for this model is below 5%, in some places it is only about 2%.

About the color ratio in iPhone 14 and 14 Plus versions: Black and white Starlight are of great interest, as two popular colors account for 60% of the interest. The Yellow and Purple iPhone 14 Pro and iPhone 14 Pro Max versions dominate 80% of the interest. According to CellphoneS’s prediction, at first, customers are very interested in purple (>50%), but after the opening sale, maybe yellow will be the main color.

Currently, Apple’s website in Vietnam has not yet listed information about iPhone 14 products. A representative of CellphoneS said that Apple’s regulation is that on October 7th, new retailers will be able to announce information, along with other products. promotions, for customers to order.