Nearly a year after officially launching the high-end electric car duo VF8 and VF9 (formerly known as VF e35 and VF e36), VinFast has officially handed over the first VF8s to Vietnamese users. According to the Vietnamese manufacturer, its efforts have helped the car reach users 2 months earlier than planned.

During the handover ceremony on September 10, the first 100 customers who ordered a car in Vietnam received their car right at the company’s factory premises in Hai Phong. 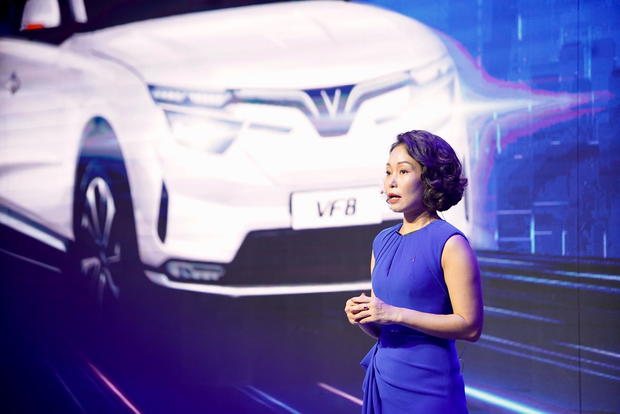 Ms. Le Thi Thu Thuy – CEO of VinFast global said that this event marks a turning point of Vietnam’s auto industry. “VinFast was not only able to produce cars, but also made electric cars with the highest quality, class and technology,” she said. The company also wants to quickly “spread this joy” to 65,000 customers globally, who have ordered the car since the time of sale (January 2022).

Regarding the schedule, after handing over the car in Vietnam, VinFast will export the first batch of VF 8 cars with a quantity of about 5,000 units to the US, Canada and Europe in early November this year. It is expected that the first international customers of VinFast can receive their cars in December.

In VinFast’s factory campus in Hai Phong, it can be seen that operating lines are rushing to produce VF8s to meet orders. For Vietnamese customers, VinFast plans to hand over all cars to customers who have deposited within the next 6 months. Meanwhile, the company has not announced more information about the delivery time of the VF9.

Thus, VF8 is the second electric car model of VinFast to officially enter the Vietnamese market, after the VF e34. 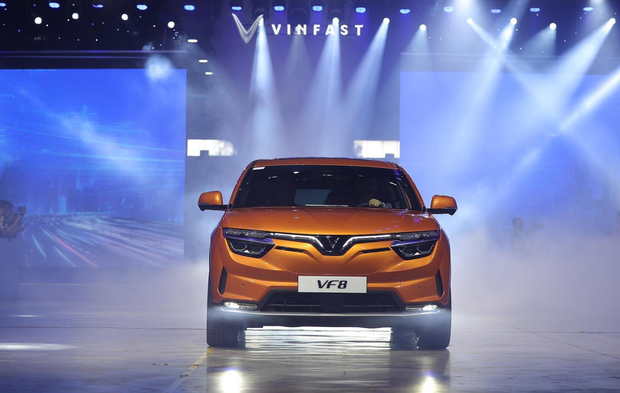 The first VinFast VF8 was released from its production line at the factory in Hai Phong.

The vehicle is equipped with an advanced driver assistance system (ADAS) with a series of advanced features such as highway driving assistance, automatic lane change, intelligent parking assistance, intelligent vehicle summoning, and parking assist. remote… In addition, a suite of smart entertainment and utility applications (Smart Services) with features to control and interact with the vehicle through voice; remote vehicle management via VinFast application; Online shopping, playing video games on the car screen in sync with the phone… are also highlights inside the interior.

VinFast VF 8 has two versions including Eco and Plus, in which the VF 8 Eco version is equipped with an electric motor with a maximum capacity of 260kW, maximum torque of 500Nm, the battery is capable of moving up to 420km after each full charge (according to WLTP standard).

The VF 8 Plus version is equipped with an electric motor with a maximum capacity of 300kW, maximum torque of 620Nm, the battery is capable of traveling up to 400km after each full charge (according to WLTP standards). The absolute advantage of an electric motor over an internal combustion engine in its ability to instantly achieve maximum torque helps VinFast VF 8 accelerate impressively. 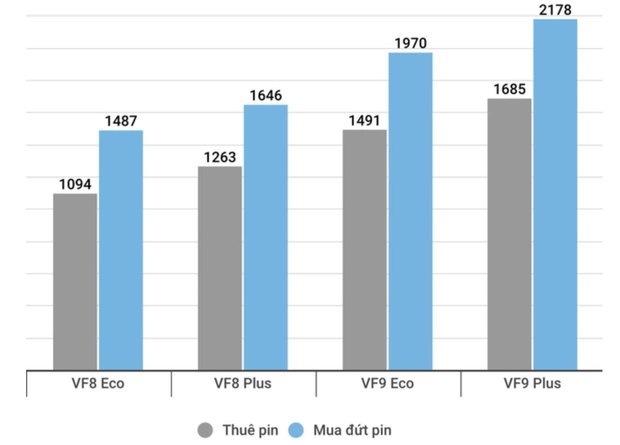 Recently, the company announced to offer more options to buy cars with batteries, in addition to the option to rent batteries from September 1, 2022. Customers who have made a deposit to buy VF 8 and VF 9 cars before September 1 can keep the option of renting a battery or choosing to buy a car with a battery to own the package.