According to WRAL TechWire, VinFast has purchased 1,765 acres of land (more than 700 hectares) in Chatham County, North Carolina, USA. This is considered a new step of VinFast in increasing the construction of an electric vehicle and battery assembly plant that is expected to cost $4 billion.

Information said, the land purchased by VinFast is located along Moncure Flatwood Road in Chatham County. Last month, a VinFast spokesperson told WRAL TechWire that the company had begun preparing everything for the new site, including leveling and grading.

According to the transfer document recorded in the Chatham County register on August 2, this real estate transaction was made between TIP East Development Partners and VinFast Manufacturing US, LLC. 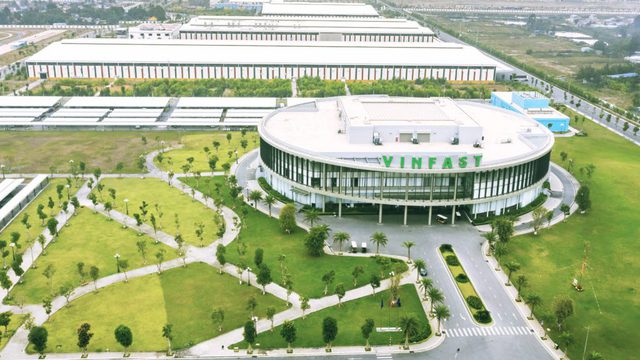 Also as of this writing, the transaction includes an excise tax payment of $87,955. Under North Carolina law, excise tax is paid on all real estate transactions at the rate of one dollar per $500 or portion of the purchase price. WRAL TechWire estimates that the price VinFast paid for the new land is about $43.9775 million.

According to a statement last month, VinFast said the company is still in the process of starting construction in Chatham County. If everything goes as planned, the company will open production at the facility as early as July 2024, with the capacity to produce and deliver 150,000 electric vehicles per year.

In a deal with the locality, the company also aims to increase operating capacity “quickly to reach 200,000 or more vehicles per year”.

One of the reasons VinFast chose the US as the place to build the factory is because the US is one of the leading countries in this trend.

According to the International Energy Agency (USA), the administration of US President Joe Biden is very drastic in reducing emissions from vehicles into the environment. By 2030, Joe Biden wants 50% of cars sold in the US to be zero-emissions vehicles. Currently, the US is a country that favors electric vehicles more than many other major countries in the world.

To implement the strategy to reduce emissions, Mr. Joe Biden also issued many tax incentives for companies producing electric vehicles. According to The New York Times, the US presidential administration has launched a $2 trillion infrastructure plan to tackle climate change by encouraging Americans to switch to electric vehicles. In it, part of this huge amount will be used in building electric vehicle charging systems.

According to CNBC, the US government has long subsidized electric vehicle companies through loans and tax breaks to research and develop technologies in the zero-emission vehicle industry. For example, in 2010, Tesla borrowed $465 million under the Department of Energy’s Advanced Technology Vehicle Production program (USA). The expansion of such programs will support further growth for companies looking to produce electric vehicles in the future.

Therefore, according to the IEA, VinFast’s decision to build a factory in the US when there are preferential policies for electric vehicles is a right step and is a long-term investment.

The next reason that VinFast chose to build a factory in the US is that the electric vehicle development infrastructure has been completed for a long time and is still being continuously upgraded. According to CNBC, recently, President Biden has promised to invest $ 400 billion in clean energy, including battery technology and electric vehicles. Part of that plan includes earmarking government spending to support electric vehicles, with 500,000 new electric vehicle charging stations by the end of 2030.

Not only that, the US government also announced that it will spend $ 7.5 billion to build a network of electric vehicle charging stations right in 2022. Thereby, the US is making efforts to implement the strategy of developing electric vehicle lines. to reduce emissions as much as possible.

According to Electrek (USA), VinFast opening an electric vehicle factory will benefit greatly thanks to the existing infrastructure system in the US.

Another advantage when VinFast opens an electric vehicle factory is that the skill level of electric vehicle manufacturing workers in the US is very developed. According to the Center for American Development (CAP), the auto industry is playing an important role in creating many jobs for the US workforce. Therefore, for many years now, the US has been actively improving the skills of workers in the automobile manufacturing industry.