My son also had an exam problem because he thought he could rely on adult protection. Before the important exam, you have to go to school to submit some papers. The night before, my parents told me to put papers in my backpack 3 times, I said yes, but I still forgot to do it, so I went to school the next day.

When my son called to ask his mother to bring the papers, I did not let my wife help me, but firmly forced him to come back and get it myself, even though I knew that the papers would not be accepted anymore because they were overdue, and if my parents brought them up, still in time. I said, it’s completely my fault and I have to take responsibility. I decided to let my child fail once so that he could remember forever.

And from then on, my son became proper in everything, because he knew that if he was careless, arbitrary and made mistakes, he was the one to bear the consequences.

Telling my story, I want to say that if we keep holding our children too much, we will make students become irresponsible to themselves and not grow up to the requirements of their age. This can be seen in the fact that Ca Mau male students got 0 points in the graduation exam because they fell asleep in the exam room, causing a fever in public opinion these days.

Discussing this, most people only pointed the finger at the proctor because of the rigidity and a little lack of humanity when leaving the candidate to sleep, missing the opportunity to enter the university. Supervision is right, but people seem to forget that it is the male student who is most to blame and is responsible for his failure; perhaps because they are still used to treating students on the threshold of university as children who need to be taken care of from A to Z. 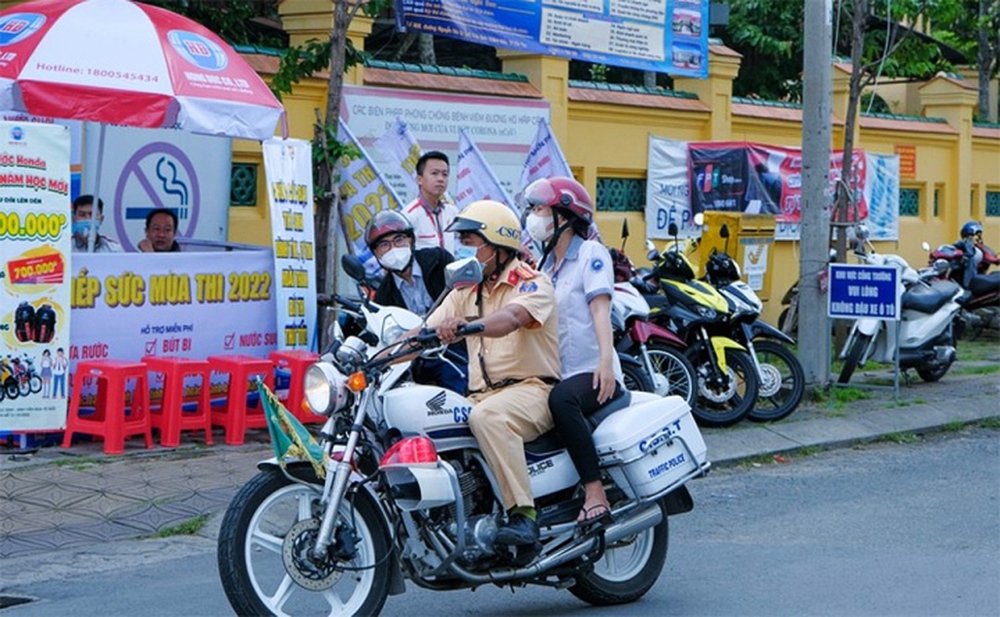 The traffic police used a special vehicle to transport a candidate home 10 km away to retrieve the forgotten exam paper.

The tearful jokes in recent graduation exams show that it is we who are creating a whole generation of students who are passive when worried, serving them to the very end. They don’t need to do anything but eat and study, all the preparation stages are taken care of by adults, even on the day of the exam, someone falls asleep and wakes them up and drives them to the test site. Every year, there are rumors of traffic police escorting candidates late, volunteers rushing to the inn knocking on the door to call candidates up to take them to the exam…

Netizens raced to praise and praise the enthusiasm of the supporters with the spirit of the whole society focusing on holding the contestants, forgetting that most of them are already adults.

At the age of 18, candidates begin to take responsibility for their work, their lives, meeting the exam regulations, arriving on time, not oversleeping… is the minimum that must be followed. But because they are used to being served to their teeth, over the years, every exam has tragic events such as candidates straying to another district a few dozen kilometers away, so they could not take the exam in time; When a candidate arrives at school, he finds out that he forgot his exam paper, reported the traffic police to have to use a special car to drive him 10 km to get home during traffic jams…

That kind of dedicated service makes these young people understand that there is always a team of “nanny” behind to handle all the consequences when they make mistakes. Therefore, they will be spoiled for mistakes, irresponsible to themselves, and increasingly passive, relying on parents and society.

Let students stumble once and suffer the consequences. Maybe that stumbling block will make them learn profound lessons for their life and that is the beginning of future success.

What do we need, what do we expect from these exams? Need children with good academic performance to pat their heads with praise or need capable citizens to support themselves and contribute to society? If we choose the latter, we, that is, not only parents but the whole society, need to change the way we treat children.