There is one truth: No matter how passionate people’s friendship is, my friendship… ten thousand people hate it. Why criticize? To be honest, we didn’t really work together, we just played games that caused other people’s headaches. The two are also not beautiful and talented, do not have money to buy a house to live together in old age, and are still single, making their parents extremely impatient.

However, beyond the many things that make thousands of people criticize that, we feel very happy. Happy to be lucky to have found each other in the midst of boring days and turn each other’s lives into a farce, every time I think back to the “friendship accidents” caused, I look up to the sky and laugh. 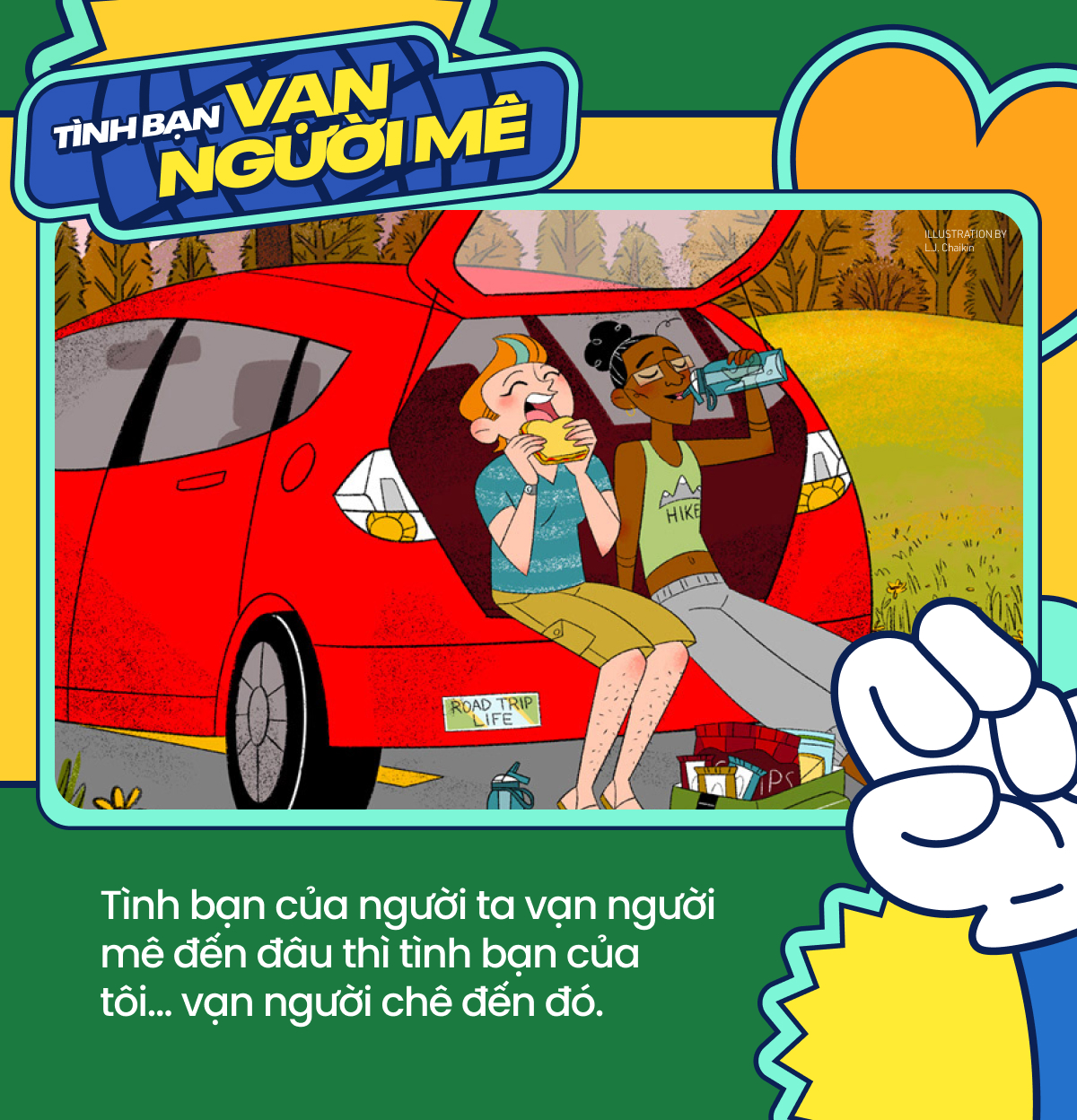 Do you have a friendship like that in your life?

Here are 8 little stories about a loveless friendship. Although not shimmering, each story makes listeners laugh because of its humor and even confusion. Maybe most friendships out there are like that, so read to see if there is a silhouette of you and your best friend in it?

Near Tet, close friends asked to leave home to go out until the 4th to come back!

Near Tet, sitting in class was so boring, so my friend invited me to leave home this Lunar New Year, not to celebrate Tet with my parents anymore, to go to Thailand to play. That was when we were students. No need for parents to tell or not, just decide to go in a single note. The two asked each other to get a passport because they had never been abroad. Just like that, on the 28th of Tet, people return to their families, we go to the airport to go to Thailand to play until the 4th. Now that I think about it, if I were a parent, I would be very angry, having an unruly child would be exhausting. Besides, he has another best friend who is just as unbearable as him. The two girls put together do things that no one can imagine. Our friendship is like “thousands of people criticize” only the two of us don’t criticize each other. 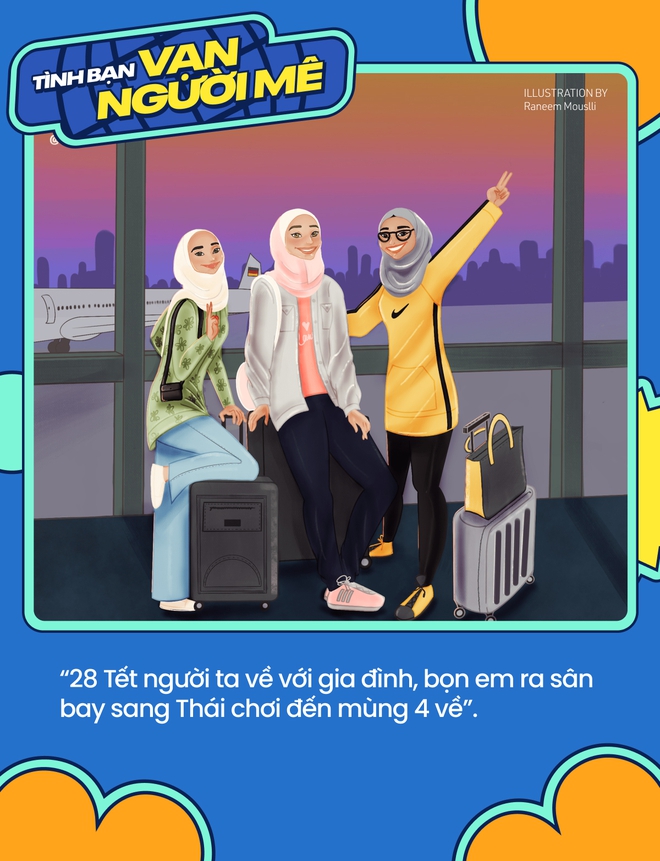 Our family is more than 15km apart, but because we miss each other too much after the separation period and the sudden craving for broken rice, at 6pm we complain to each other, then at 6pm we end up eating. Even though it was stormy that day – despite the scolding by their parents, they thought their friendship was so hot.

My friend and I often go to West Lake and are very “allergic” to couples who come to hug each other at night. So one day, my friend yelled at a couple hugging that they lost their car. Finished, the two children ran off the accelerator for fear of being beaten. Sometimes we still talk about it and laugh at it even though outsiders don’t understand what’s wrong with these two.

In high school, there was a batch of Running Man stars coming to Hanoi, both of them were fascinated and said that this was a once-in-a-lifetime opportunity. So, even though there were 2 periods of writing test that day (we asked for a break, but she didn’t let me), the two of them still decided to run away and run around the street, crowding around to see celebrities. And as a result, we saw celebrities but were called parents for truant.

15 years ago you told your mother where you were hiding, 15 years later you ran over to my house to hide

In 8th grade, she ran away from home. The reason was because she often missed school, the teacher informed her mother – afraid of her mother’s scolding, she decided to run away. Mother cried and ran to find her in despair. Mom met her best friend’s son, he pointed out where to hide. As a result, she was dragged by her mother to beat her for a life-long battle. Fifteen years later, her best friend’s son, every time he argued with her husband, fled to her sister’s house. A vicious circle but it’s fun to think about.

Going to take out the trash must also invite each other

This is my father’s neighborly friendship. My neighborhood is very close, 7 days a week, 5 days to organize group meetings between fathers, go to trash and have to invite each other (there is also a garbage collection association). Of course, those group meetings are always accompanied by food and drink and moms don’t really like that. If that friendship was criticized by thousands of people, the person who would criticize it would be my mother and the mother of other children in the neighborhood.

One day, watching Vietnamese football win, seeing that my father had to bring his luggage over to his son, the neighbor enthusiastically invited: “If you and I are convenient, let’s go to the street to catch fire”. So two middle-aged uncles rode motorbikes everywhere.

Whenever you have a boyfriend, you leave me

I have a close friend. Whenever he has a girlfriend, he leaves me. There was a time when the two of them lived in the same building, every day they invited each other to cook, go to the gym, and then go out and play. Then he and his girlfriend came back, and I was left out again. The first day that Saigon reopened after the blockade, I happened to meet it at the door of the cafe. I pretended to ignore it but it still looked at me. He apologized to me for not texting him, not wishing him a happy birthday. When he got home, he ignored me. Recently, in the middle of the night, he texted me: “Can I stay with you for one night?”. Must have quarreled with a lover. However, I still answered “Yes” (didn’t understand). I waited for it to pass but it didn’t pass in the end. Probably made up with his lover again. Really angry! 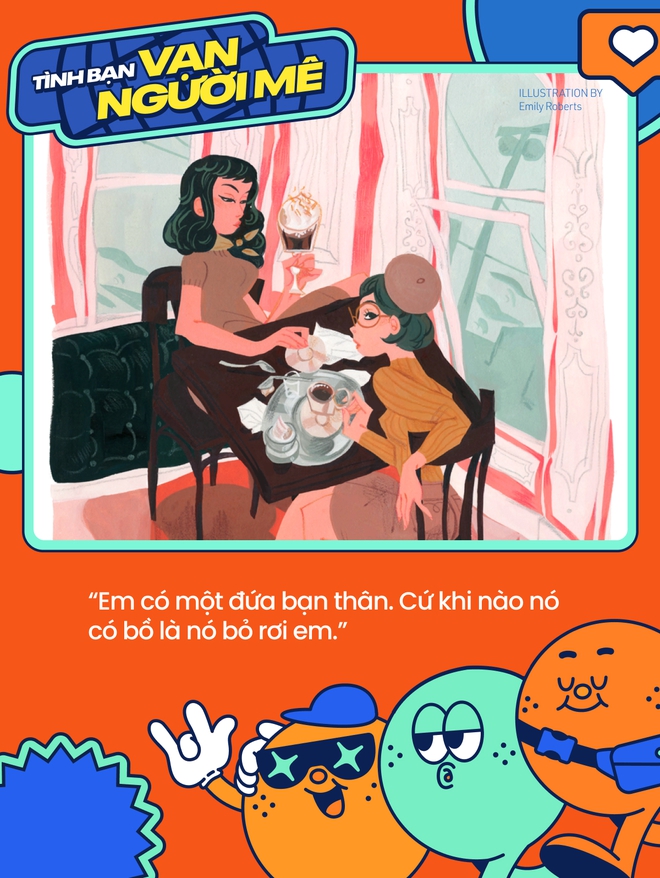 At the wedding of a close friend, the laptop was stolen, and it was reported that you had to give yourself 15 million to buy a new device

I got my laptop stolen on my way to work as a bridesmaid for a friend. At that time, I was both scared and sorry. But thinking that the wedding day could not make my friend unhappy, he continued to go where he needed to go. To my sister, I say every single sentence: “We’ll take care of the lost, then we’ll take care of the wedding”. So I’m still a bridesmaid, my friend’s sister is still a normal bride. She also asked: “Why did you go to a wedding and bring your laptop so you wouldn’t be shocked?”. I answer: “Because I’m so poor, I have to work when I work…”. After the wedding, the bride gave me 15 million, I added 10 million to buy a new laptop.

Friendship makes people happy when they find a suitable partner, but sometimes it will also be a feeling of disappointment and frustration because the other child is too “obnoxious”; but after all, when asked if we will continue to play together, the answer will always be “yes”.

Friendship is not important, it’s important that we still love each other after all! 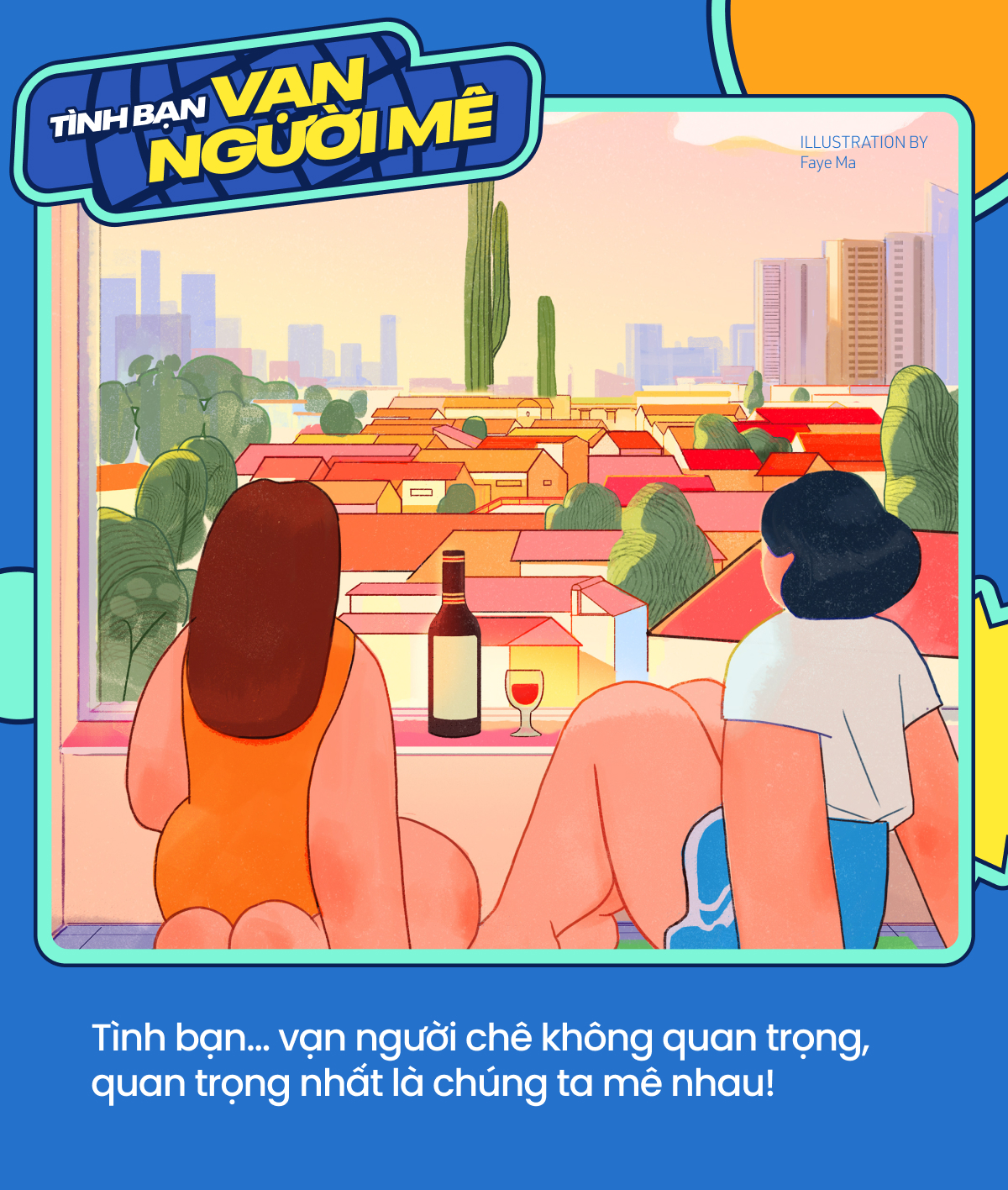 Recently, MXH is also having a great challenge about friendship called Show You, posting a picture when you first started playing – now with a hashtag #tinhbanvannguoime #cangchuyencangthan. Whether the friendship of ten thousand-love or no-one is also very proud and worthy of showing off to the whole world, right? What are you waiting for without talking about your friendship!

Because friendship is beautiful and I really appreciate the friends around me, the relationships I have, join the Friendship Thousand Peoples and don’t forget the hashtag #tinhbanvannguoime so we can find each other, friends!