Angelina Jolie is the director of the movie Without Blood – The work is based on the novel of the same name by writer Alessandro Barrico published in 2002.

She hired her two adopted sons, Pax Thien, 18, and Maddox, 21, to join the cast. The two work in the assistant director department, which means working alongside her, acting as the point of contact between her and other departments during the film’s production. 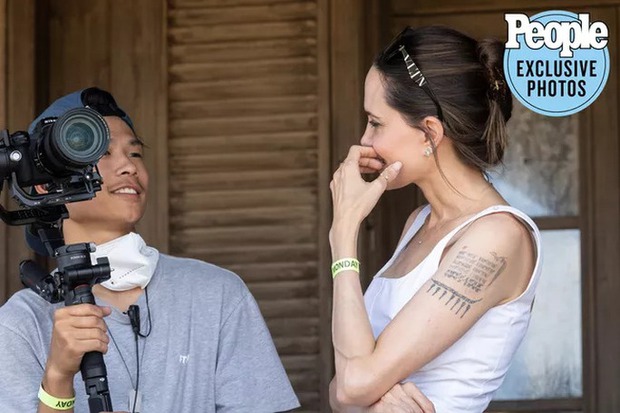 “We work very well together. Our crew is like a big family, everything is natural. Pax Thien works very hard,” – Angelina Jolie told the media.

This is not the first time Pax Thien and Maddox have worked for Angelina Jolie. In 2017, Pax Thien used to work as a behind-the-scenes photographer with the film First They Killed My Father Filmed in Cambodia.

Last week, Angelina Jolie was identified as an anonymous person, using the name Jane Doe to file a lawsuit against the US Federal Bureau of Investigation (FBI) for not indicting Brad Pitt for violence following an investigation into the actor’s assault on his child. Maddox’s son on a private flight in 2016. Angelina Jolie disagreed with the FBI’s conclusion that there was a lack of transparency in the investigation. The incident caused a stir with mixed views.

She is passionate about her work