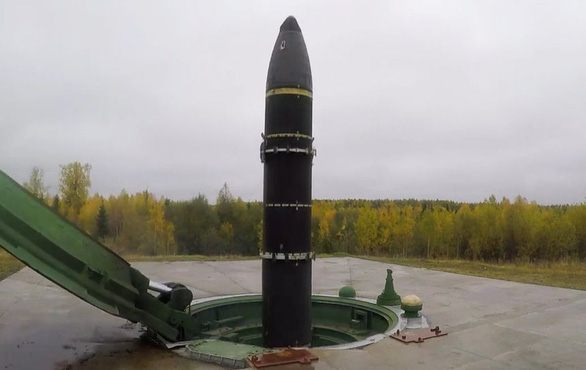 An intercontinental ballistic missile was tested in Russia in 2019 – Photo: ZUMA PRESS

On September 21, Russian President Vladimir Putin hinted that he was ready to use nuclear weapons to defend his country when he vowed to “use all available means to combat the threat to the territorial integrity of the country.” mine”.

Putin’s statement provoked a strong reaction from US President Joe Biden and leaders of America’s allies. Mr Biden accused Russia of being “irresponsible” for issuing warnings about the use of nuclear weapons. The US leader said that a nuclear war will be a war that will not be won and should never be started.

According to the Federation of American Scientists (FAS), Russia currently has a total of 5,977 nuclear warheads, the most in the world. Of these, about 1,500 warheads are no longer in service.

In the case of Russia, of the approximately 4,500 usable nuclear warheads, most are considered “strategic”.

Russia has invested in various weapons to use these warheads. These include ground-launched ballistic missiles that can reach the US mainland, submarine-launched missiles, and aircraft-deployed missiles.

Ballistic missiles of Russia during the Victory Day parade on Red Square in Moscow in May 2021 – Photo: AP

Experts estimate that about 1,500 Russian warheads are “deployed”, that is, they are being installed at missile bases, on bombers or on submarines. Along with that, “about 977 strategic warheads and 1,912 non-strategic (or tactical) warheads” are in reserve, according to the Bulletin of the Atomic Scientists (BAS). .

However, according to Sky News, experts say it is still difficult to know the exact number of nuclear warheads and weapons of Russia.

According to the Washington Post, since 2000, Russia’s publicly shared military doctrine has allowed it to use nuclear weapons “in response to a large-scale aggression using such weapons.” normally, in particular in situations important to the national security of the Russian Federation”.

Russia’s strategy – known as “escalating to de-escalate” – includes the ability to use tactical nuclear weapons on the battlefield to change the course of a conventional conflict in which forces Russia is in danger of losing.

Tactical nuclear weapons are weapons designed for use on the battlefield, are smaller in design and used at short distances, different from strategic nuclear weapons, which are used to attack targets. strategic targets at long distances.