According to the Intergovernmental Panel on Climate Change (IPCC), climate change is having a negative impact on food security, by increasing temperatures, changing rainfall patterns and increasing the frequency of some extreme weather phenomena. In it, the researchers warn that Africa is a place facing challenges because the climate crisis is predicted to change the distribution and production of crops. mainstream here.

Climate change is expected to severely affect the production and distribution of staple crops across Africa. Therefore, according to the researchers, implementing a crop protection regime could help mitigate those effects.

Plants that have the potential to become a new source of superfoods are Enset, a close relative of the banana plant . This is a native tree that resembles the banana tree found in Ethiopia.

Enset aka “fake banana tree“, a starchy plant that is consumed in Ethiopia. Although the fruit of the enset is inedible, scientists have shown that the starchy root and root of this plant can be fermented and then which is often used to cook porridge and make bread. 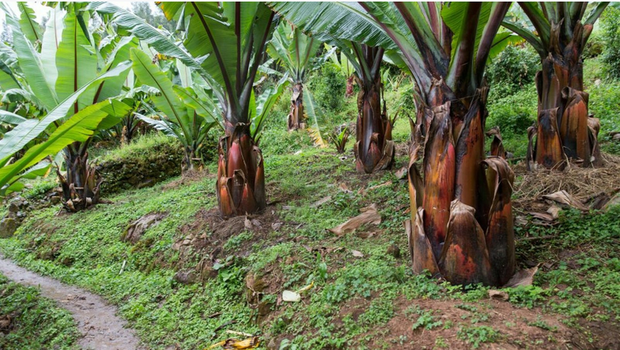 The “false banana tree” in Ethiopia is considered the new superfood of the future. Photo: sialparis

Enset has several important food security features. This super food crop can be harvested at any time of the year, and also provides an important source of starch, fiber, fodder, sustainable natural materials… Moreover, enset It is also a cover crop and is of considerable cultural importance. 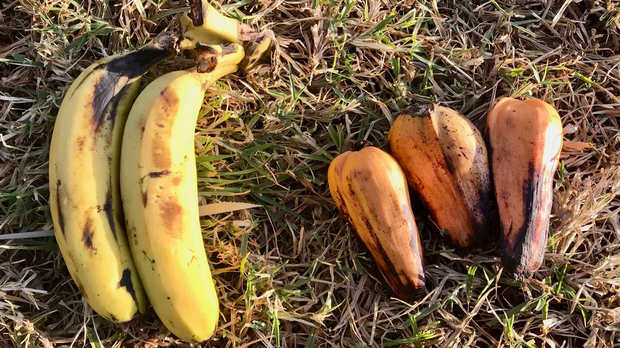 The superfood enset is an unusual case. Because for most crops, they are commonly known and widely used through trade, migration, etc. For example, potatoes and tomatoes, although native to South America, are widely used. found all over the world.

Meanwhile, although found in many parts of Africa, enset was only once used as a food crop in Ethiopia. The strange thing is that this superfood has never been used elsewhere.

This super food plant can grow up to 10 m tall, 3 times that of a banana tree. According to experts, just 15 trees can feed one person for a year. On the other hand, this plant also has many advantages such as flexible harvesting time, good preservation, relatively good drought and disease tolerance.

This wonderful combination of unusual characteristics has earned the fake banana tree the name “the plant against hunger”.

According to Dr. James Borell at the Royal Botanic Gardens Kew (UK), the intercropping of fake banana plants can help increase food security.

The team of researchers also identified enset as one of the most important crops grown for food security in Ethiopia.

The potential of new super food crops in the future

Recently, more and more individuals and organizations have been searching for new crops to provide food for the world. Because humans are dependent on a few common crops. Specifically, at present, nearly half of the calories that humans absorb come from three agricultural products: rice, corn and wheat.

Temperature records have been broken frequently over the years posing a threat to food security, especially as yields of many staple crops such as corn and wheat could fall dramatically.

In addition, a study published in the journal Nature Food The end of 2021 also indicates that corn production could decline by 24% by the end of the decade. This could increase the demand for alternative crops in regions most affected by climate change. 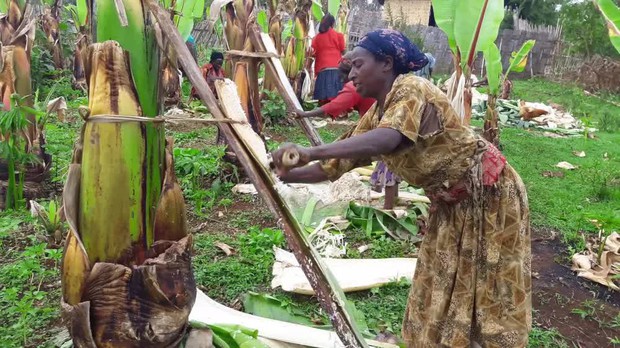 Researchers in Ethiopia and the UK suggest that if the cultivation of enset is expanded, the plant has significant potential to address food security and sustainability issues across Africa, especially in Africa. in the context of climate change.

The study was published in December 2021 in the journal Environmental Research Lettersindicates that about 20 million people in Ethiopia are currently using the enset plant for food.

The researchers also said that this plant has not been grown elsewhere. However, plants related to the enset grow wild as far as South Africa. This suggests that the plant can grow on a much wider range and in other places.

Dr Wendawek Abebe at Hawassa University in Awasa, Ethiopia, said that enset is a crop that can play an important role in solving the problem of food security and sustainable development.

Expanding the cultivated range of the enset tree will have significant potential to support the diversification and resilience of global agricultural systems under climate change, according to the science.

The reason the enset tree is only grown in Ethiopia is due to trade routes towards Sudan, the Sahara, as well as the Red Sea coast to Arabia, where there are no suitable conditions for cultivation.

The enset tree could feed more than 100 million people over the next four decades, scientists predict, and help boost food security in Ethiopia and other African countries such as Kenya, Uganda and Rwanda. 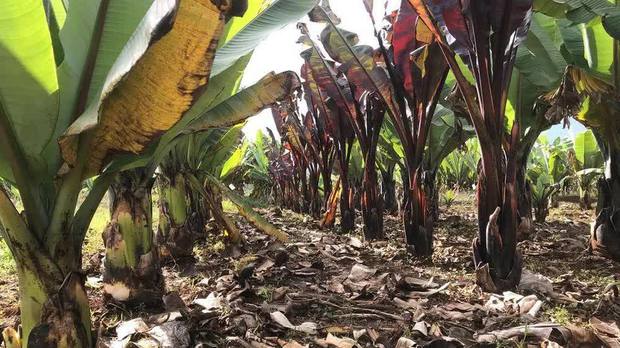 “Fake banana tree” is a super food crop that can solve the problem of food security in the future. Photo: BBC

However, there are actually a number of barriers to the expansion of this superfood crop.

The firstEthiopia is considered the major center of crop domestication in Africa. But Ethiopia is currently restricting the transfer of plant materials to protect indigenous biological resources from unequal exploitation. Therefore, expanding superfood crops beyond Ethiopia will also depend on bilateral access and benefit-sharing arrangements.

Mondayaccording to the researchers, dietary preferences, cultures and livelihood systems among different regions are also considered important factors that need to be considered before expanding enset cultivation beyond its current range. in.

Although there are some challenges, it is also an opportunity to develop and multiply the “fake banana tree” in the context of unpredictable climate change.