In addition to this number of cases, there are 99 additional cases pending classification.

About a third of the 650 cases mentioned above (equivalent to 222 cases) occurred in the UK and an additional 216 cases were recorded in the US, according to a notice from WHO. Most of the children with acute hepatitis being monitored have been infected since March and April this year.

Now health authorities around the world are trying to understand what causes acute hepatitis in children, which has caused at least nine deaths.

There is “no evidence” that the condition is related to vaccination, the scientists said, and have also ruled out a link between dogs and cases of hepatitis. Scientists are still leaning towards the theory that the most likely culprit is the adenovirus, which is a common virus that causes infections. 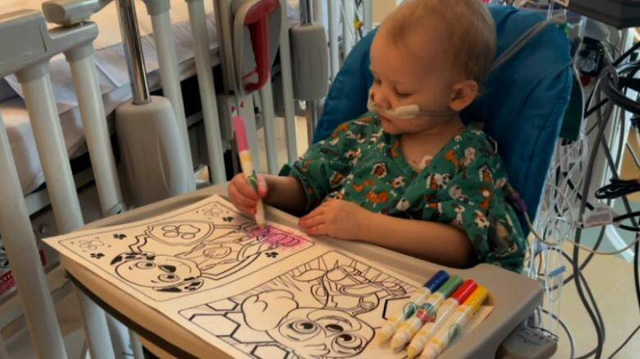 Some children have had to undergo intensive treatment and have a liver transplant (Image: CNN)

According to a report by the UK Health Security Agency (UKHSA) on May 27, the number of children infected with mysterious hepatitis in this country has reached 222 children, including 158 cases in the UK, 31 in Scotland, 17 in Wales and 16 in Northern Ireland.

Renu Bindra, Senior Medical Adviser and director of important events at the UK Health Security Service, said the results of the investigations showed that hepatitis of unknown cause was found in children. may be related to the adenovirus. At the same time, experts are also looking for other possibilities that may cause this disease.

The World Health Organization (WHO) on May 27 announced that from April 5 to May 26, 33 countries and territories reported 650 cases of mysterious hepatitis infection, of which 74 .5% of cases are children under 5 years old.