The clip introduces the natural landscape and the life of the people of Agats town – Video: INDONESIAKAYA

According to News Agency Kyodo News, electric motorcycle versions imported into Agats only reach a maximum speed of 30 km/h. The local government believes that this will help limit traffic accidents in the town, which is only about 23 square kilometers in size.2.

In addition, the Agats region annually suffers high tides, sometimes up to 5m. All housing and traffic in this area are mainly made of wood, to allow easy movement of furniture and to help preserve the natural environment. 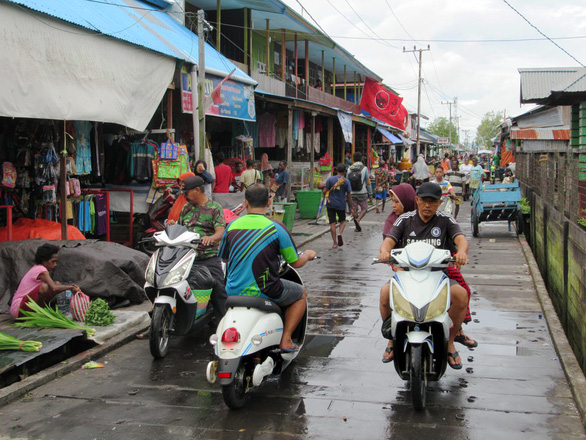 In 2009, a law was enacted by the Asmat regional government (the Agats township administration), which prohibits the import of fossil fuel-powered motorcycles. Since then, gasoline-powered motorbikes have become a luxury and rarity in this area.

“When I was the premier of Asmat region, I walked from home to the office every day,” Mr. Elisa Kambu recalls his time working.

Before the advent of electric motorbikes, walking or using old bicycles was the way of transportation of the Agats.

Ambo Asse Manili, head of Asmat Transportation, said that although electric scooters were officially introduced to the town in 2006, they are only really widely known. in Agats since 2010.

According to Manili, more than 5,000 electric scooters had been registered with local authorities by the end of 2020, with 80% of them in Agats, an area with a population of 24,000.

Theo Kyodo News, some households even own 2-3 electric motorbikes in the house. The number of electric scooters in Agats town increases from 30% to 40% every year.

“This is the only area in Indonesia where people use electric motorbikes so much,” Mr. Manili shared. 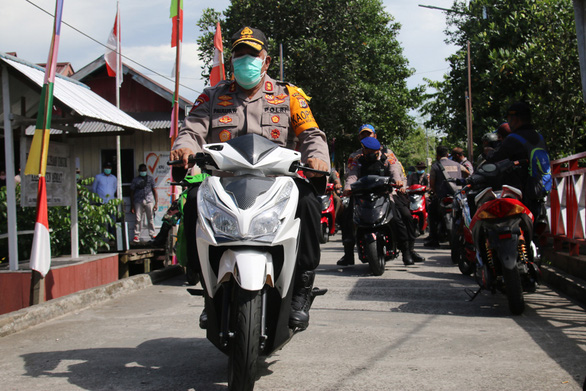 According to the authorities, most of the motorcycles used in Agats are made in China. They are shipped by sea from Surabaya, Indonesia’s second largest city in the east of Java.

However, the price of each electric motorbike is not cheap for the people of Agats. On average, each car costs from 800 to 1,000 USD.

Theo Kyodo News, this is considered the least developed area in the “land of ten thousand islands”. Tourists who want to come to Agats must travel by ship or boat across the sea.

In 2018, Indonesian President Joko Widodo personally test drove an electric motorbike when he visited the town of Agats.